Xyris, Under the Weather
by fifthdawn 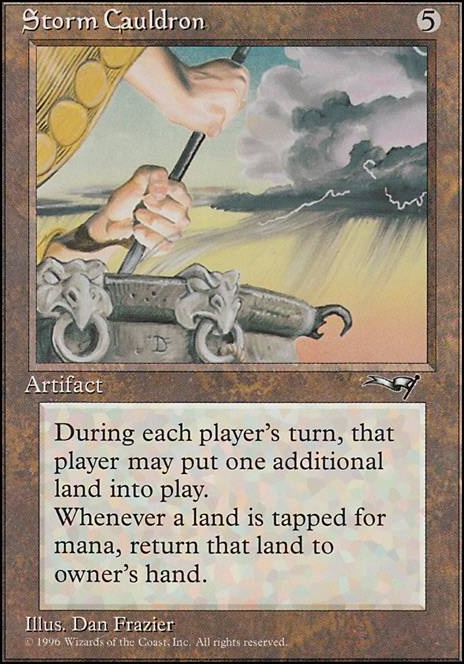 StinkyFetePete Not really I don't really play Cockatrice. I would just replace the shocks with OG duals and then add shocks back in for upgrades over some of the other lands as needed. I want to add a Taiga to the list when I feel like getting one but not needed really.

Infernocoppu Yes very cool combo hope to be able to do it. jasinatael also brings up a good points of that being a backway door to be able to win the game if you're able to produce enough treasures.

Omniscience_is_life on Curious about Stances on Proxies

Also, ending an opinionated statement with "period" isn't very fair, as it's just that: an opinion. If your playgroup is fine with you writing "time walk" on your swamp and playing it, that's cool. More power to you. And if they aren't ok with you saying one of your mountains is actually a forest because you don't have enough of them... ok, that's their veto. If your friend has a shockland that you need for your deck, but you won't trade for it because you have a proxied version, that's a dick move. If you just started playing two days ago and have zero Cancels, you could probably proxy one without too much trouble. Just... be respectful and be fine if your friends don't want you to run a Taiga if you don't have one. But on the other hand, if your buddy has no Rupture Spire and wants to proxy one, you could probably survive letting them do it.