: Gain three mana of any one color.

Proofreading tip: You have Falon in the name, Faldon in the typeline, and Feldon in the effect.

As far as it goes mechanically, it's going to take two turns before you can use the second ability. This needs a very hard control shell to work in. It provides mana so you can save your lands and whatever for instants and activated abilities. It's going to take a couple of turns to be better than Gilded Lotus, but then it gets a lot better.

What kind of deck do you envision this going into?

Eisbeutel Kamigawa actually performed fairly well and there will be a ton of changes once I add in the new Baldurâs Gate additions! I havenât tweaked the decklist to reflect changes yet because Iâve been on a sort of hiatus due to switching jobs and having a bit less time to play as a result, but my schedule is stabilizing and Iâm getting back to playing on a more regular basis! Iâll pop in and update the decklist and description tabs hopefully before too long, I apologize for the wait! And Bootleggers' Stash works wonders as well, I removed Gilded Lotus to add mine in!

Hey I've ran daretti since he was released. He was my first commander. I gotta say Springjack Pasture can be awesome. Daretti, because he's artifact focused, doesn't need a lot of colored mana, so you are really free with your mana base and can run all sorts of utility lands. This deck looks good. I like springjack as a mana sink to dump mana into kind of like a shitty mana battery. Then i got little goats i can sac with ashnods, or with springjack, or just chump blockers for Daret. It also combos with Trading Post. Goatland. It's great. It also lets you build up a board without building up a board, which can be really helpful in situations where you don't want to play your hand because it will draw hate or be very threatening, or there is hate on the board that prevents you from playing your hand, and it's ramp in a way too.

you can also cut the fetch's, throw in stranglehold, then in the fetch's slots put in Tomb of the Spirit Dragon, or Phyrexia's Core, Valakut, the Molten Pinnacle, and some more mountains. Basics are strong, it's harder to deal with them. If you're going a stax route, Hammerheim is good too.

And i know this is a little convoluted, but, Kurkesh, Onakke Ancient can combo with Voltaic Key for infinite mana the same way as Rings of Brighthearth with Gilded Lotus if you want to run it, or, Mycosynth Lattice or some other way to let you spend mana of any color. I don't have those effects, so i'm using lotus, kurkesh, and key. Even if you aren't going infinite with it, it lets you make an absurd amount of colorless mana

Gidgetimer thanks, what a duh moment, of course the Goblin Welder is tapped then

so you would need an artifact that produces at least 3 mana, one that i have f.e. Gilded Lotus and Lithoform Engine for this to work

but that is a very convoluted 4 card combo that doesn't do anything without a 5th card, something that produces 4+ mana would give infinite mana, its a shame having two routes with two different creatures would have been great 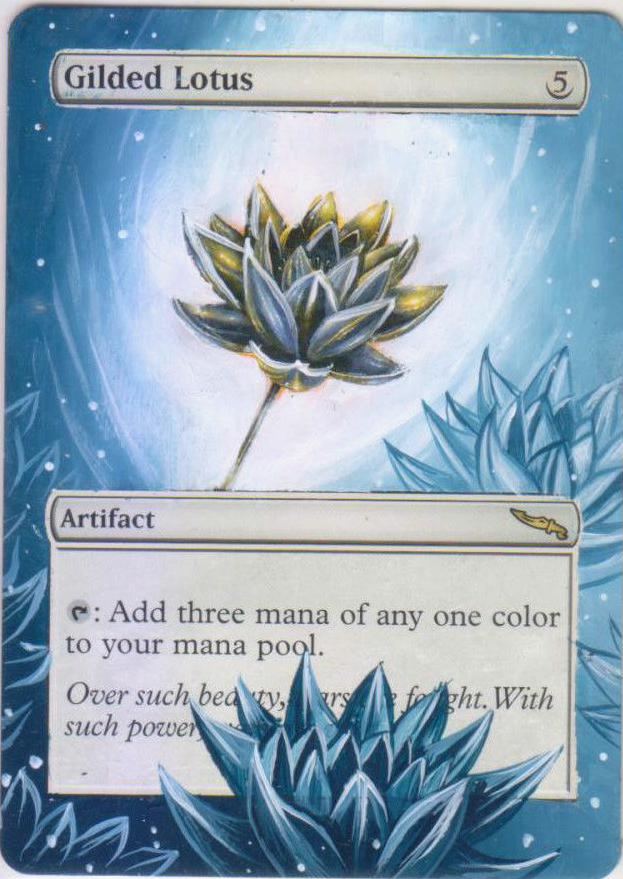 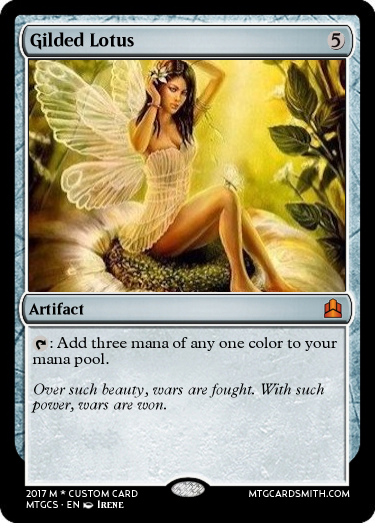 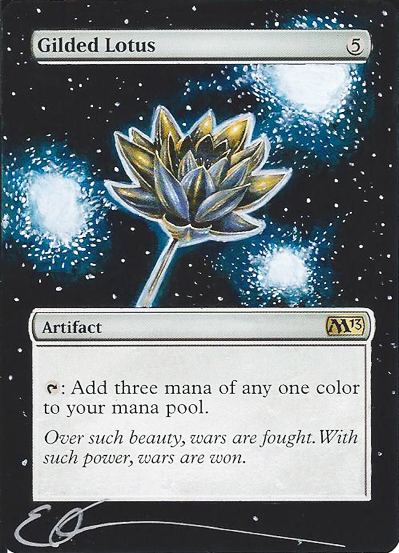 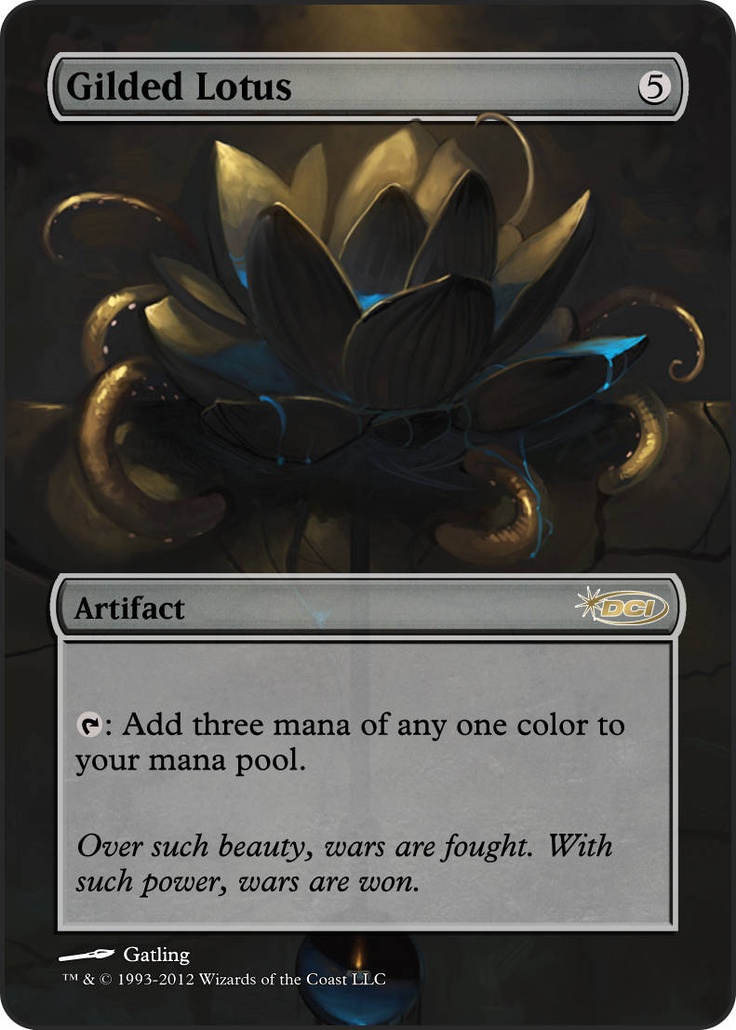 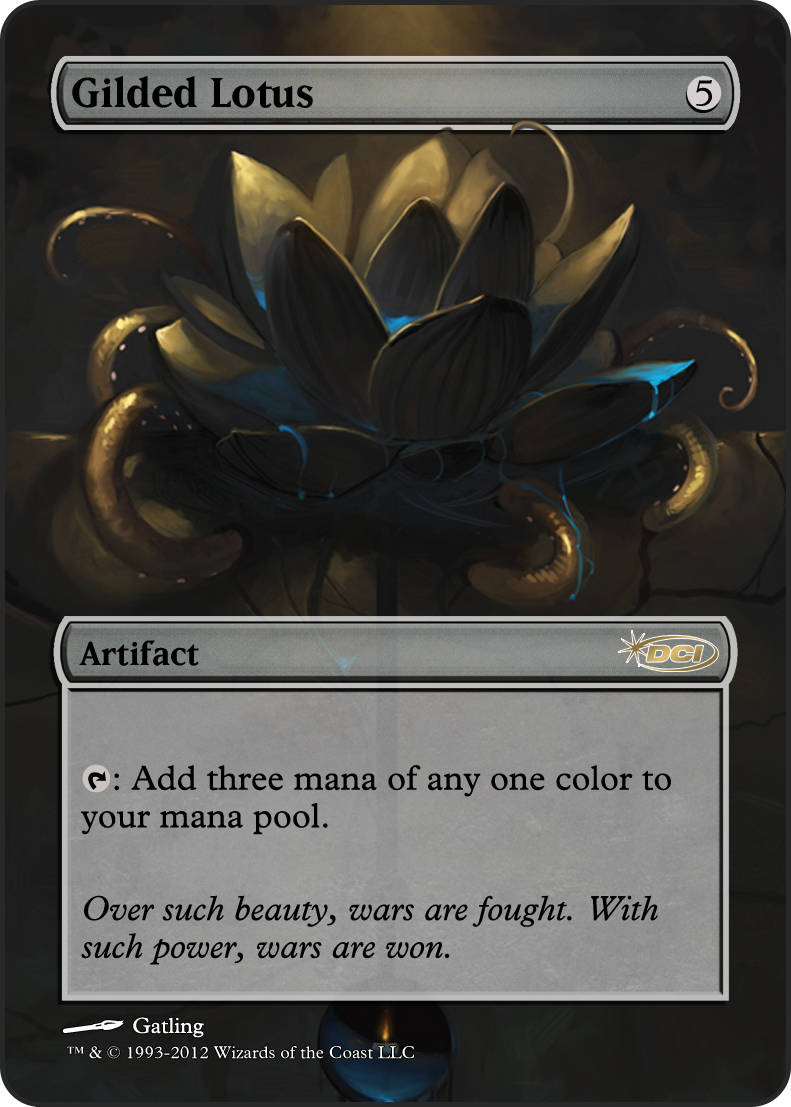 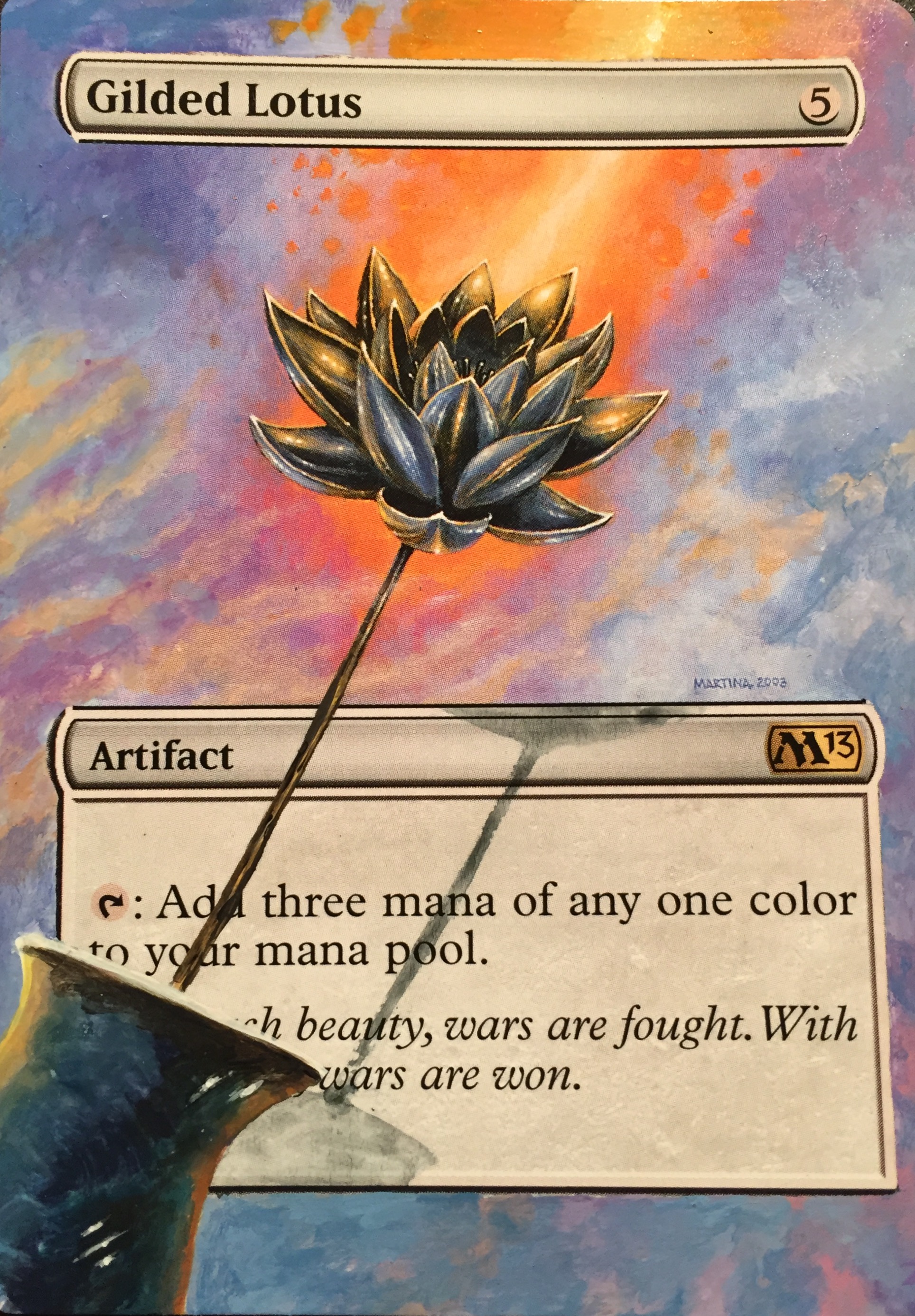 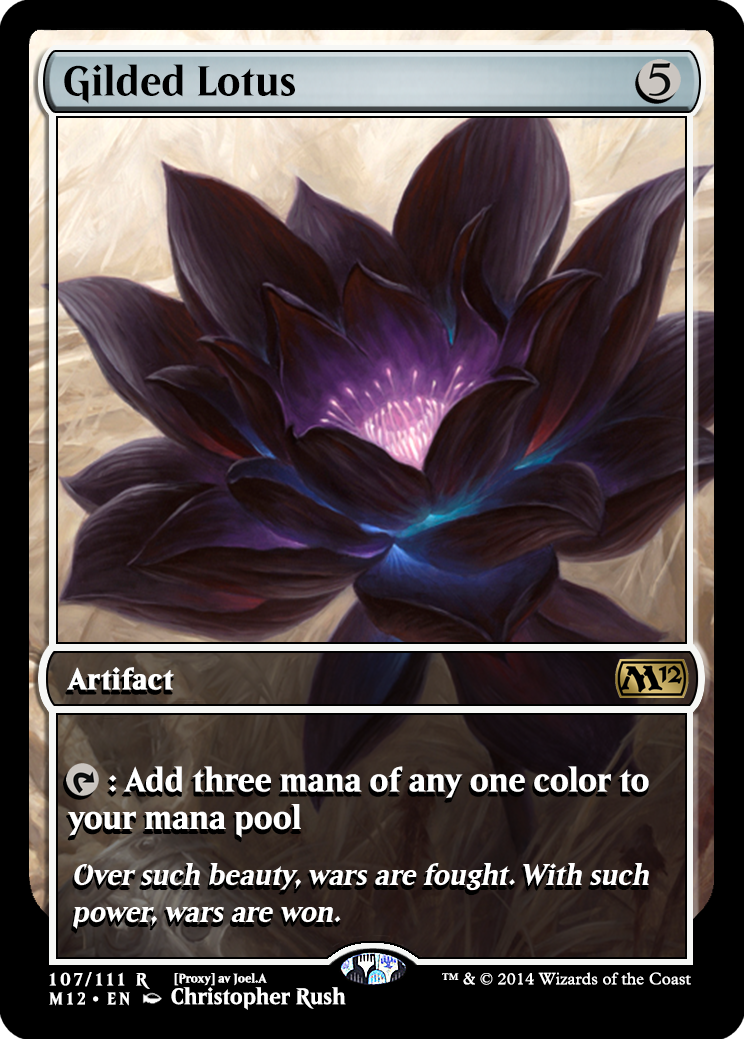 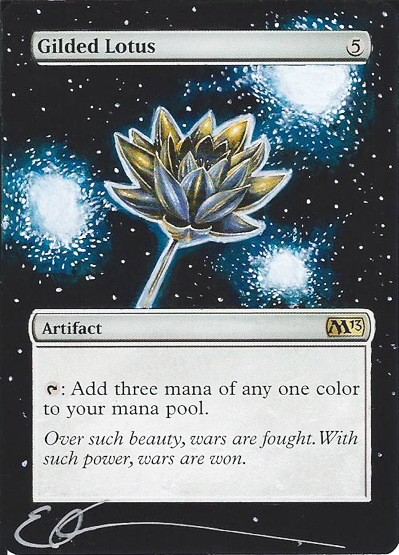 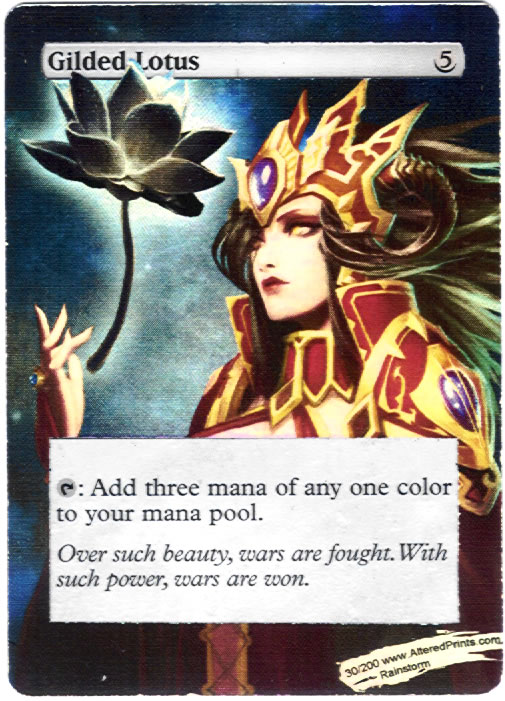 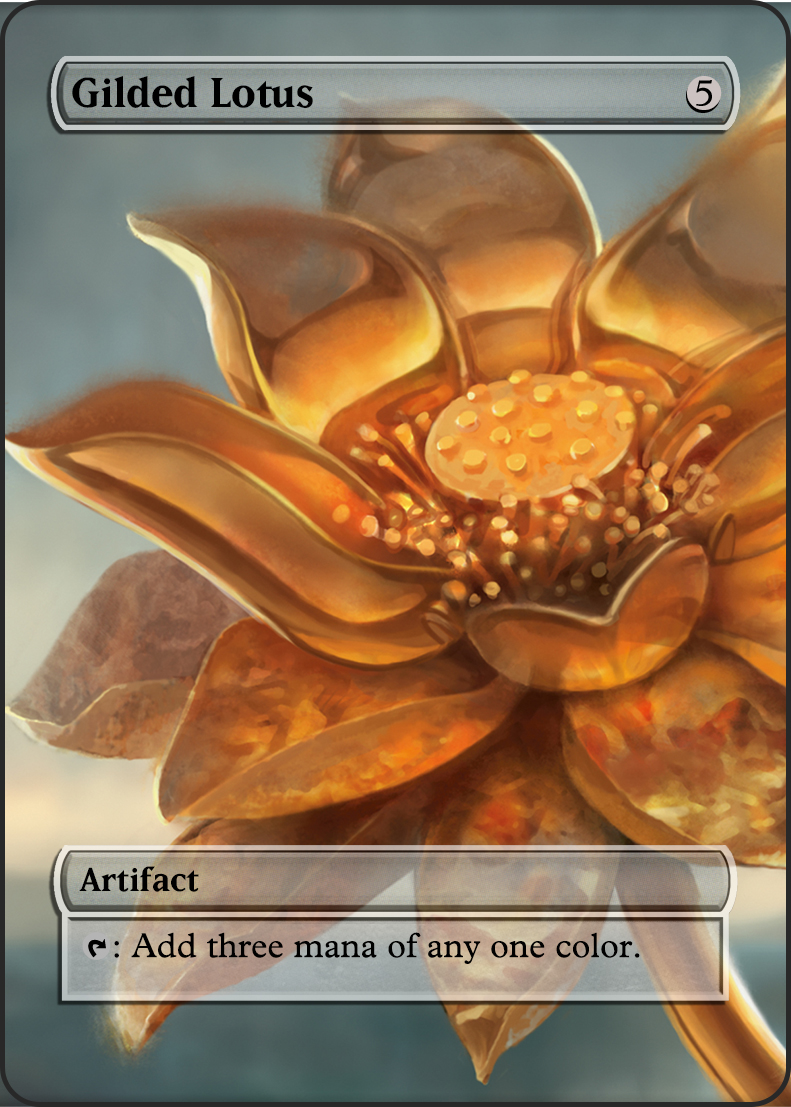