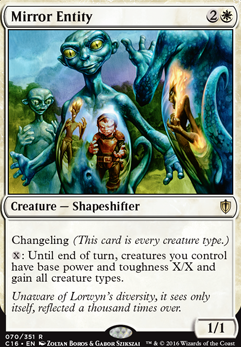 : Until end of turn, creatures you control have base power and toughness X/X and gain all creature types.

Get your goad
by Homelessguy

Death By Trees 2
by theAberman 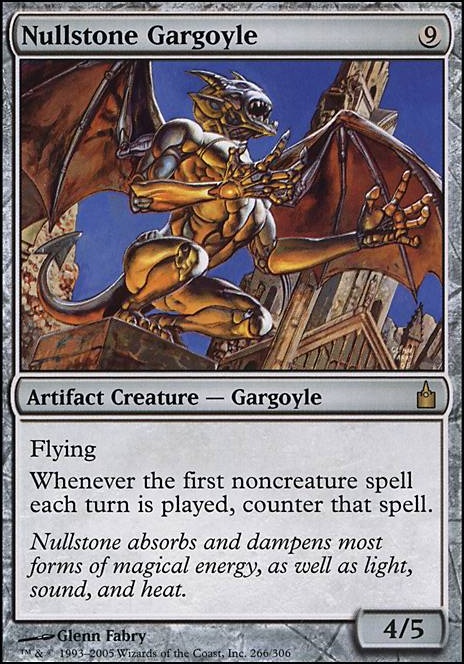 Look at this little guy
by bladeoathkeeper

Maybe spice it up then. Here are some of my combo lines:

Terror of the peaks works instead of purphoros too

Shared Animosity , Mirror Entity , and Reconnaissance for finishers. Check out my decks description for more on Reconnaissance... the card is stupid good here. Upvotes on any of my decks are appreciated. Edgar's Dega Vampires

legendofa on How does Ferocity of the â¦

Mirror Entity doesn't get the buff from Ferocity of the Wilds . Since changeling includes all creature types, Mirror Entity is a Human. Or, more importantly for this, it's not a non-Human.

Sheepking2000 on How does Ferocity of the â¦

So Ferocity of the Wilds buffs non-Human you control and Mirror Entity has changeling so what happens?

I'd trade Aqueous Form for Steel of the Godhead . Maybe add Blessing of the Nephilim , Civic Saber and Spirit of Resistance

Mirror Entity could give you a fun combo with Insurrection where you would be able to eat everything.