Search your library for up to two creature cards with different names, reveal them, put them into your hand, then shuffle your library.

My bad, I actually meant to paste Shared Summons, but I didn't know about the Soul Ranger combo, that's pretty cool, thank you for sharing it with me :)

The reason I meant shared summons and sylvan tutor is because given the commander, he could probably cut down on the card advantage given his commander provides so much on it's own to help reduce the avg cmc of the build.

What about an Ivy Lane Denizen with Scurry Oak or Herd Baloth to make infinite Tokens and a infinitely big creature. I see you run Craterhoof Behemoth but not a single token creater.Maybe some more Tutors would also help like Shared Summons which puts these to pieces at instant speed into your hand? Eventhough Shared Summons is a bit low powered considering that you run such a powerful Manabase. So maybe Worldly Tutor, Summoner's Pact or Survival of the Fittest instead? I'd probably cut Abundance, Triumph of the Hordes, The Great Aurora (since you only run 32 lands) and Managorger Hydra, since you run Forgotten Ancient already which is a strictly better version of Managorger Hydra. Also in terms of carddraw it seems like you could have some more. Maybe a Return of the Wildspeaker or Greater Good to be able to use these big creatures to keep on drawing into fuel. Maybe consider dropping the fight effects like Khalni Ambush Â Flip and Smell Fear. They seem rather inconvenient without deathtouch even if they can easily be used as target removal, but i guess drawing into a wincon is worth more than getting rid of a creature?

Since you've got a decent number of ways to play extra lands, Soratami Mirror-Mage might be a nice dual purpose card, bouncing lands and removing problem creatures of your opponent. Like Meloku, it's a 1:1 ratio (lands bounced to activation cost), so it's fairly easy to repeat without using extra resources, and can generate them with Stone-Seeder Hierophant type cards. Not sure how you feel about tutors, but Time of Need can find a relevant creature for you, Shared Summons can find two, and Primal Command is perhaps the most versatile tutor ever printed, and worth a look in a deck trying to save card space. Field of Ruin is a nice land destruction effect that triggers Tatyova when it replaces itself.

Just an outside opinion, but have you thought about running more lands? Tatyova benefits from drawing lands and hitting drops, with 37 I fear you'll run out early. I run 45 in my Tatyova deck, and I often suspect it should go a tad higher still, nothing is quite as bad for Tatyova as not hitting your land drops consistently, and you've got multiple 'extra land into play' effects. All that said, your deck looks like it should be interesting to play, nice work! 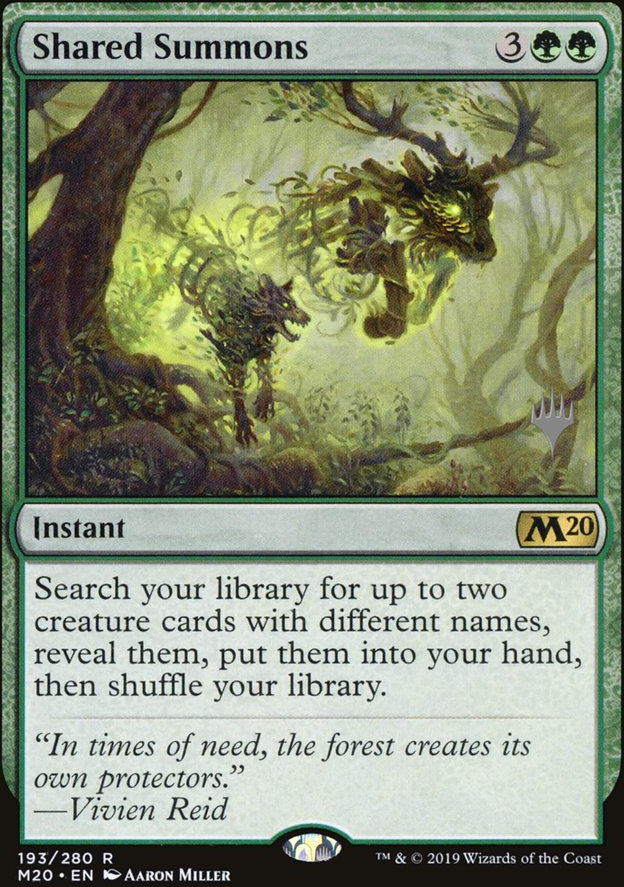