mirror me big
by LoneguN

Kozilek, Builder of Artifacts
by Luvrnetic 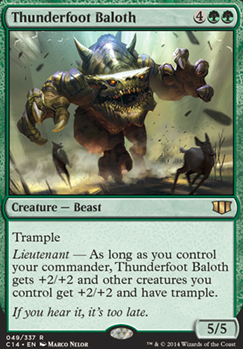 Helm of the Host Discussion

Only suggestion would be from the new set: Mirrorhall Mimic Â Flip in place of clone. Both are 4 manna but the mimics flip side acts like a Helm of the Host . Otherwise sweet deck!

Narset always has a soft spot in my heart. There are a lot of fighty things in mtg, but there are few martial artists, and she's the best one by far. And the deck looks good, really really good. The only things that come to mind are:

Cavern of Souls Grand Abolisher or similar "don't counter my stuff" effects. You have silence and a lot of counters, which is great, but I don't know if you can have too many of these effects. Everyone knows that you want to cast Narset and usually the best way to deal with her is before she resolves.

Ways to give Narset haste Hall of the Bandit Lord or even something like Crimson Wisps or Mass Hysteria Ashling's Prerogativemight be good just to get Narset in there in one turn.

And this is just me, but I'd probably throw in a few haymakers like Eldrazi Conscription just in case the turns plan fizzles. Two attacks with eldrazi narset knocks a player out, and it can shorten up the amount of turns (and chances to wiff) that it takes. Plus the buff can help with blocks if you don't have another way to get her around defenders.

Oh, one thing, but does Clone and Clone Legion copy Narset or do they go to the legendary rule? Helm of the Host would work, but I'm not sure about clones. I could be wrong on that.

Also there is a lot of card draw here, and I'm not sure if that's the best for Narset. If you want to hit a lot of your big spells off the top then drawing them might not be as effective. I'm sure you have a better handle on this than I do. Just something I was thinking when looking at the deck that it might be better to push ramp and push turns/attacks spells rather than draw. If it works good though, then awesome :)

Thanks for the input Rocketman988, I'm not trying to focus on Umbris being big at all. I would rather remove my opponents' decks. I agree with you on Helm of the Host and had Pyxis of Pandemonium and Windfall in my original list but I need to playtest more to see if I need the draw. Uba Mask seems very cool.

Coward_Token I like your idea for Sakashima the Impostor, I took out Phyrexian Metamorph for now and will see how it plays.

Fun list! I'm not sure Umbris's effect is strong enough to lean so heavily into horror tribal to get Umbris into a one-shot threat quickly, but the required speed of the deck will be dependent on the local meta of each player. I'm personally leaning more into efficient mill options to get him powered up quickly to maximize his voltron potential. Horrors are so darn cool though! I want to play Spellskite, but having an actual counterspell in hand feels like it will be the better option most of the time in practice. Clone effects are crazy strong with his ETB, but I'm not sure if Helm of the Host will make the cut in my list. It is a ton of mana investment for the effect and doesn't provide additional protection for him. Let me know how the deck works in playtesting!

Have you considered adding a bit more draw in the form of Whispering Madness and Windfall? Wheel effects are fantastic at ruining opponent plans, and when combined with Planar Void or Leyline of the Void (or Dauthi Voidwalker), Umbris will get pumped significantly. Uba Mask is also great at forcing opponents to play cards at inopportune times or else pump Umbris more. Pyxis of Pandemonium seems tailor made for the deck- have you considered including it?

Very nice. Loved how kicking rite is on curve after dropping the sphinx lol and even not kicking and having two sphinxes is very nice as followed footsteps gets more each of those upkeeps. Helm of the Host is also useful for this or copying Lynde, strangely helm was an after thought to the sphinx madness since it triggers at combat lol also Spark Double and either sakashima are fun to make lynde copies.