Whenever a creature you control leaves the battlefield, if it had counters on it, put those counters on The Ozolith

At the beginning of combat on your turn, if The Ozolith has counters on it, you may move all counters from the Ozolith onto target creature.

Oozing with Potential (?)
by fenderstrat37 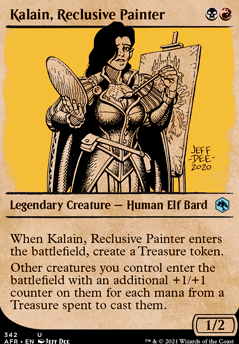 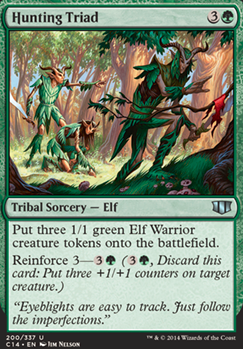 Solve for X
by Ear_Wyrm

The new Nykthos Paragon from MH2 seems like it would be a really good fit here. The Ozolith from IKO lets you hang onto counters once creatures die and pairs really well with Star Pupil from STX as well.

Hi Primrose thanks for the suggestion - that card is great for an Amass deck!

I will definitely play test with The Ozolith , it seems perfect for this mechanic! Thanks again!

I like a good The Ozolith in an amass deck. I doubt you'll need it here considering what else you're playing with, but it's a little extra staying power.

I was hoping someone would make a Zabaz commander deck lol. I went to a MH2 prerelease and, although I did not pull him, when I saw him I just thought he was a really cool little card with a lot of potential. Obviously not a lot of people think that since he's so cheap, but my next commander deck will probably involve him. There is a card that is one of the key cards in the Simic deck I run now, The Ozolith , which i think would fit perfectly in this deck as well. God bless, and thank you for the deck idea.