, Unattach Sunforger: Search your library for a red or white instant card with converted mana cost 4 or less and cast that card without paying its mana cost. Then shuffle your library.

Equip (Attach this to target creature you control. Equip only as a sorcery.)

Aurelia, the Warleader
by qeert67

I'll have a look at you deck! It looks like a cool list. It's interesting looking at the similarities and differences. Osgir is damn cool, it's been fun seeing a Boros commander get really popular, and he makes for a fun deck. I ended up getting attached to Alibou specifically as a commander. I really just.. enjoy the top of deck manipulation, combined with removal and aggro.

I'll probably stick with Emeria's Call Â Flip for now. I had some bad games with Sunbaked Canyon , and the call is somewhat a pet card of mine.

Chance for Glory looks Badass, I love that it's effectively an extra combat that can be tutored with Sunforger .!

Hi Profet93! I wouldnât say âseriousâ consideration per se. I am more inclined to give a slot to Heartless Hidetsugu than Sunforger, since Hidetsugu is a win-con.

Hey everyone, itâs been a while! Iâve been swamped with work. Thanks for the comments! Since the last time I updated this list, I have not seen any new releases which are worth including, but I did add a few honorable mentions to the Maybeboard.

AngelKyleeLin, were you able to build the deck? If so, how do you like it? :) Regarding Isshin, Two Heavens as One, imho there are too few effects in this deck to justify including him. Kaaliaâs ability is the obvious target for Isshin, but she is rarely usable more than once per turn, as I need the Angel / Demon / Dragon in my hand to drop it, and I am lucky to have one to drop per turn. Since this deck is more Stax-oriented, Iâd rather spend the mana on a stax piece rather than Isshin. I typically only want to attack when I know I am eliminating a player or at least making a near-fatal swing.

Howâs it going XinZhao?! Mythos of Snapdax is interesting, it is like Cataclysm without the land-hate. I wouldnât replace Damn with it because like the cheap targeted removal and option for creature wipe, whereas Mythos doesnât wipe the entire board of creatures. I suppose it depends on your meta, especially if you feel that Mythos would be a better tool to target lots of Walkers (against something like Superfriends).

Hey Wuzibo, thank you for the great suggestions! I used to run Aurelia, the Warleader, but I donât run her for the same reason I donât run Isshin. I canât take advantage of her with Kaalia and she doesnât make enough of a board impact alone. But I definitely need to revisit Sunforger and Heartless Hidetsugu. In the past I hesitated to include them due to their relatively high mana costs. Sunforger is a large mana investment and I canât cheat-in Hidetsugu. But I do like how the latter affects every player and combos with Gisela, Blade of Goldnight for an insta-kill. Iâll have to figure out what to swap for Hidetsugu to test it.

And thank you Nyrmak for the nice comment!!! Iâm really glad you enjoy the decks as much as I do! If you have any thoughts or suggestions, Iâm happy to hear them :)

Warcraft is a premium Sunforger target, btw. I'm really interested in what your going for, would you mind showing me once you have a first list? 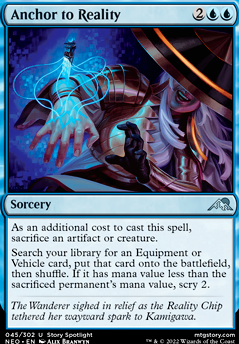 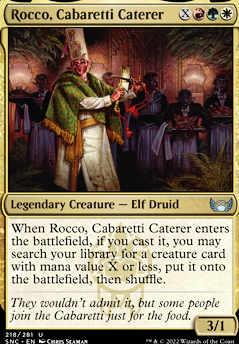 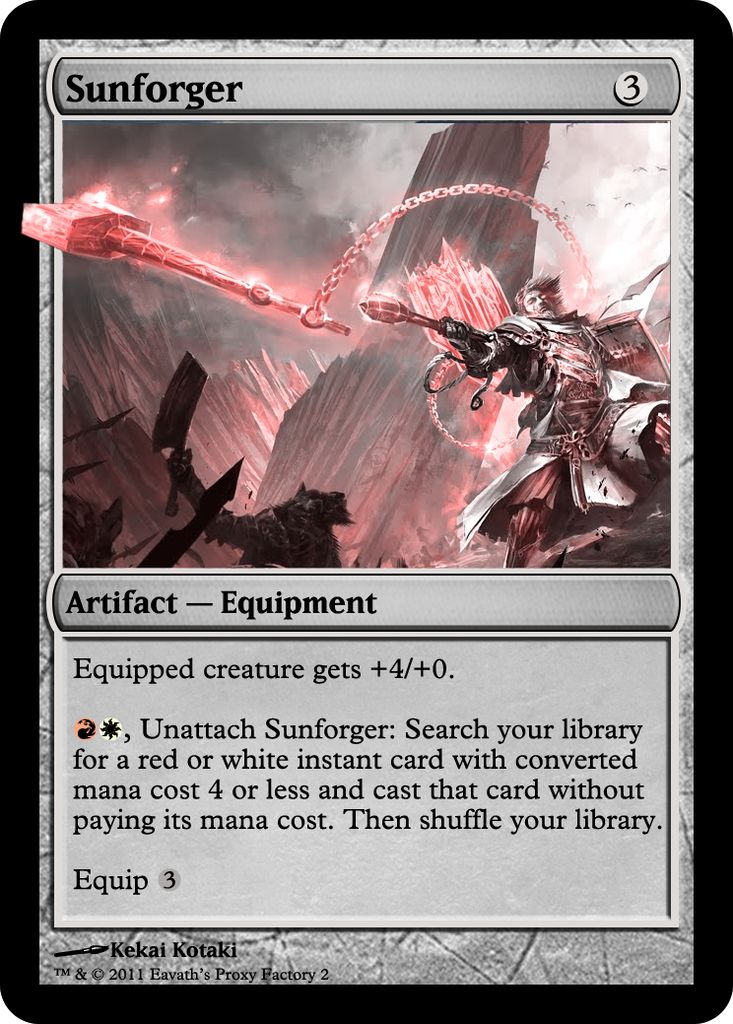 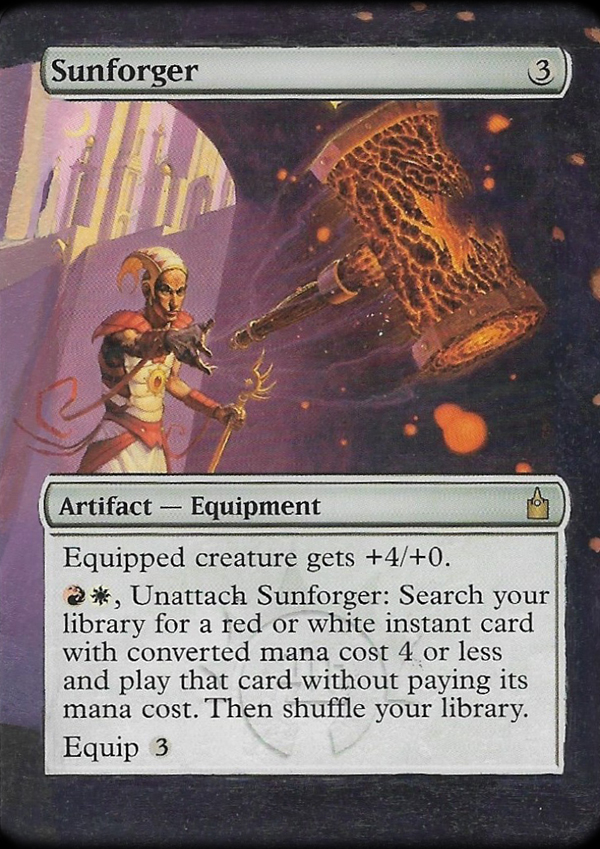 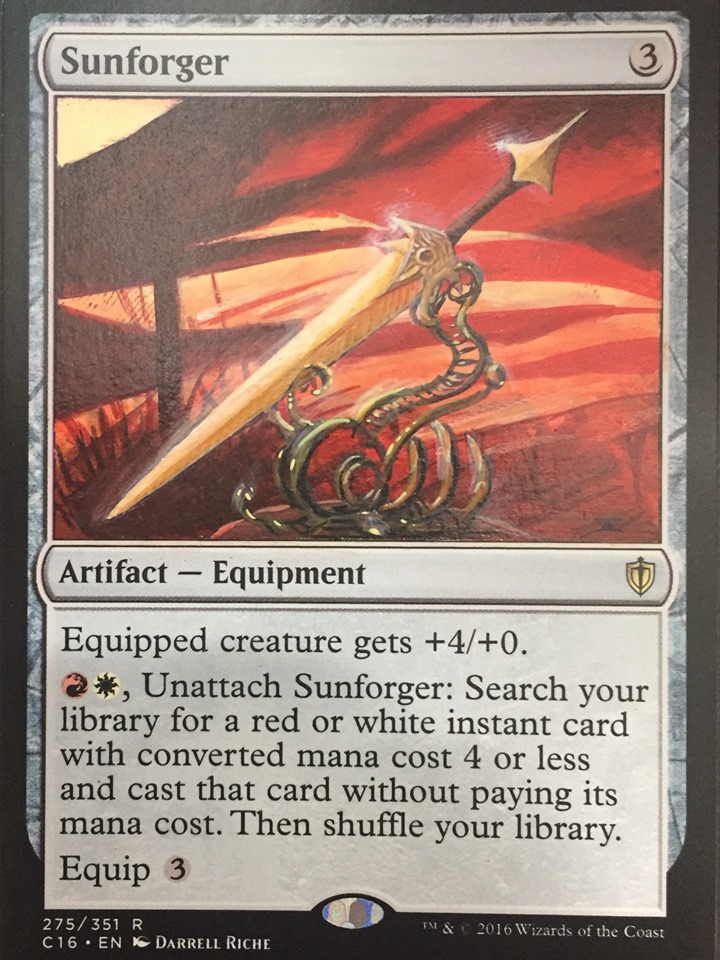 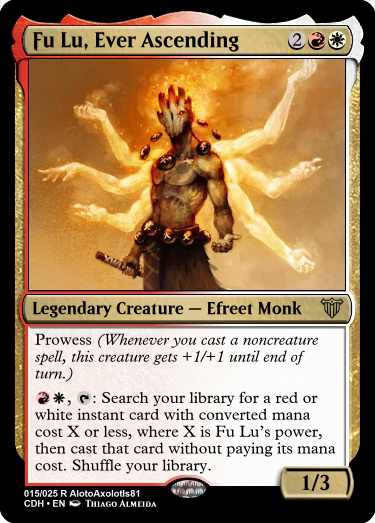 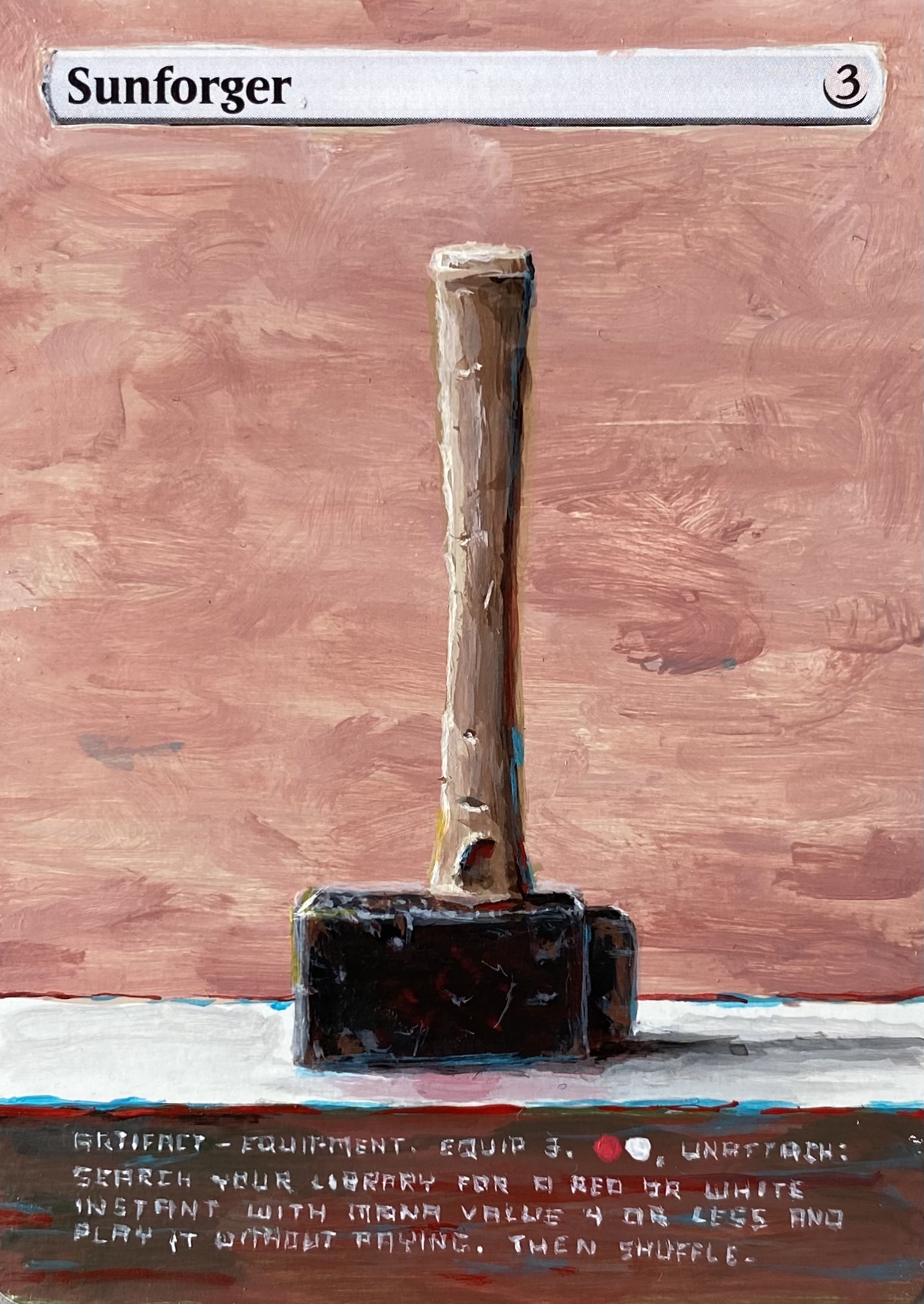 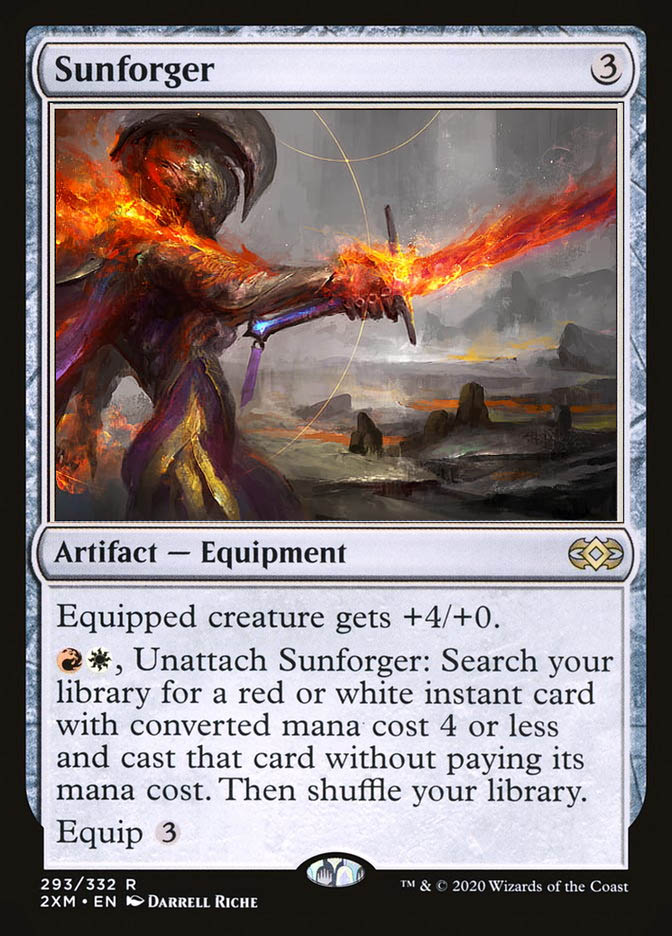 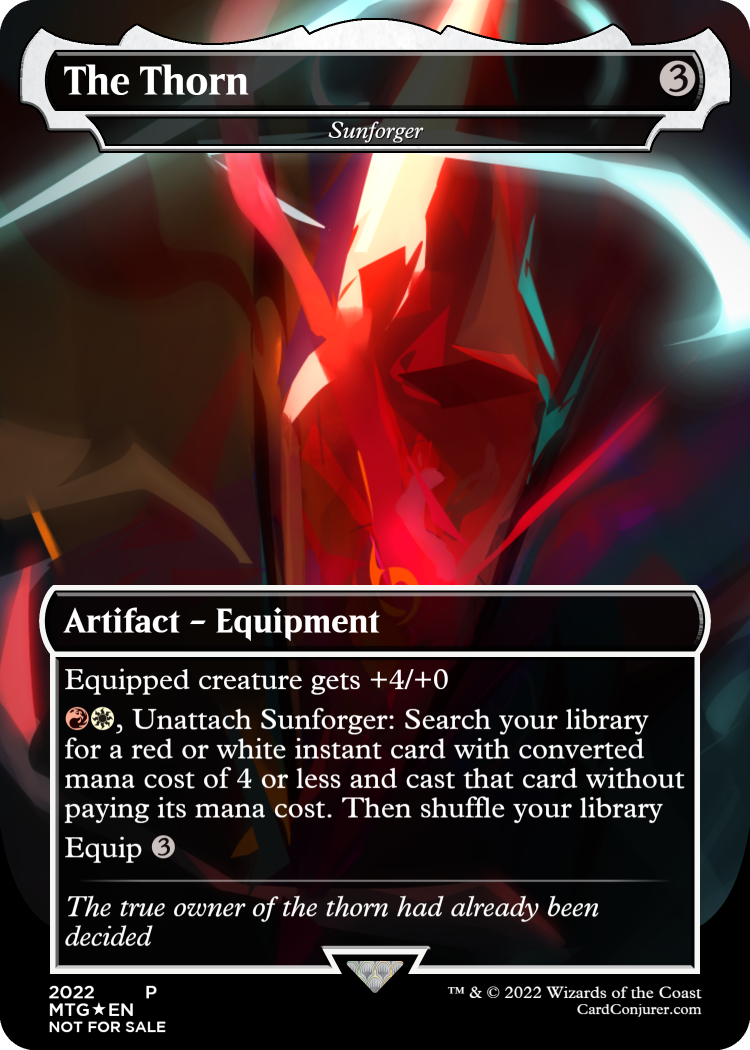