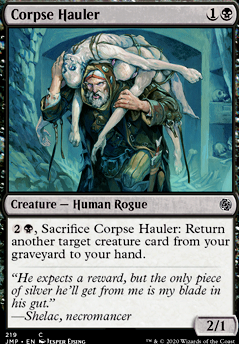 , Sacrifice Corpse Hauler: Return another target creature card from your graveyard to your hand. 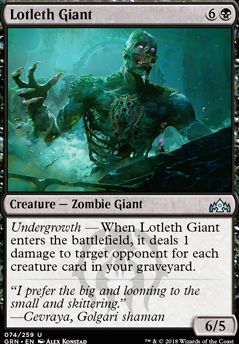 It's Gonna Be Pee-Pee Pants City
by CoarselyRefined 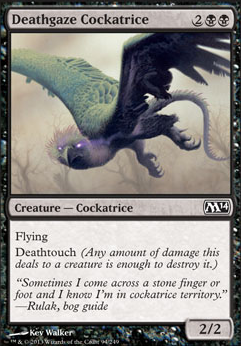 Juri likes to Sac
by Moshuckel 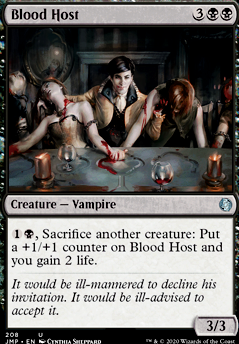 Modern is a format where...

This deck fails at being fast, because the creatures actually are expensive. 3 mana in a deck with no real acceleration is expensive. 4 and 5 mana is just wrong, unless it's cards that completely turns the game around on the spot - a criterium Pitchburn Devils (or the 4 cmc creatures) doesn't really meet.

modern is a fast format. 5 and 4 mana spells or abilities that are 3 colored, like you have, are not likely to even hit the battlefield because you'll die before it even happens (in most cases). if those 5 & 4 drops are not important to you, i suggest removing them from the deck, and putting creatures like Bile Urchin, Bloodbriar, Bloodflow Connoisseur, Bontu the Glorified, Child of Thorns , Corpse Hauler, Doomed Necromancer, Frostling, Mortician Beetle

i'll keep searching for you tomorrow, hope this helps for now