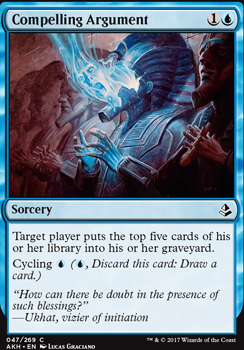 Target player puts the top five cards of his or her library into his or her graveyard. 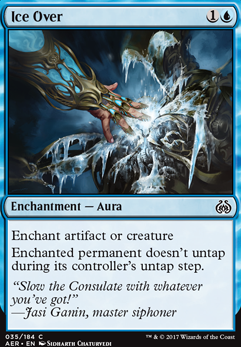 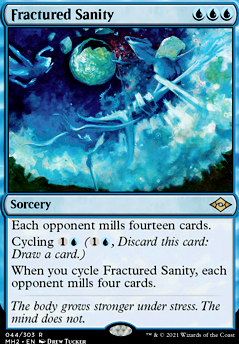 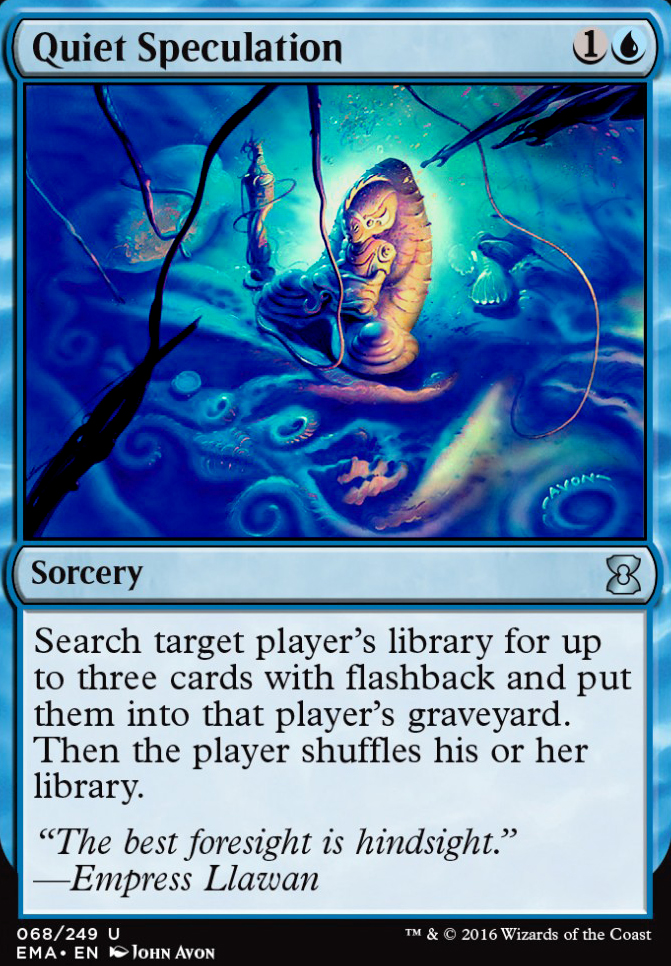 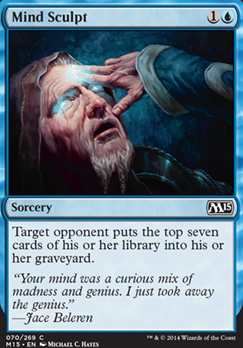 Have you thought about Compelling Argument because of cycling and the mill ability. also, I would scratch the Evolving Wilds and just add more islands so that they don't enter tapped

It was just spoiled for Zendikar Rising

I like Compelling Argument because I find the ability to dig for the key enchantments super useful. The deck has a huge a/b problem where the mill spells just can't get there fast enough alone and need the support. No problem about the black mana; I keep removing this from the dimir hub and getting re-added.