At the beginning of your upkeep, create X 2/2 black Zombie creature tokens, where X is half the number of Zombies you control, rounded down. 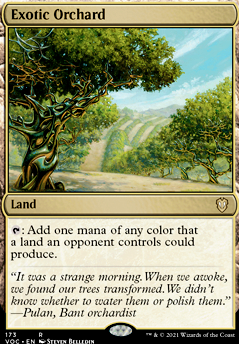 Endless Ranks of the Dead Discussion

Sorry Sangurise I was going off of TCG Player Market's price and Card Kingdom's price. Which if your wondering are $2.33 and $3.49 at the time of typing this. I put Endless Ranks of the Dead in the upgrades section if you're wondering. It's not that I don't believe you I'm sure you can find the card for around 44 cents after since it got reprinted but I'm going off of TCG Player Market. I do take into account Card Kingdom from time to time but I mostly prefer TCG Player Market. Hopefully you understand. Thank you for your feedback though.

The precon already contains Rooftop Storm for example.. adding something like Acererak the Archlich or Gravecrawler will allow for going infinite. If you don't want to do that, just gravecrawler is sufficient.

The precon also contain Diregraf Colossus and Endless Ranks of the Dead to your deck. Here is the list: https://www.mtggoldfish.com/deck/4296394#paper