Shadow (This creature can block or be blocked only by creatures with shadow.)

Whenever another creature is put into your graveyard from play, you may pay . If you do, return Nether Traitor from your graveyard to the battlefield.

I feel like this deck is torn in two dirrections, in part because the only knight outside of Haakon, Stromgald Scourge that has any sort of graveyard synergy is Deathless Knight which let's be honest isn't great...

I'm not sure Breathless Knight is designed for a knight deck, rather it would play better with cards like Bloodghast and Nether Traitor both of which are spirits... Alternatively if you just didn't care about tribal synergies Vengevine and Flamewake Phoenix are some obvious go to recurrable threats.

The Circle of Loyalty is just a bad card, honestly 1 Knights' Charge might be better and it's also a bad card...

I love Syr Konrad! I recently built him and Iâm super excited to test the deck out! Iâd highly recommend cards like Reassembling Skeleton and Persistent Specimen. If you have the money, Bloodghast, Nether Traitor, and Gravecrawler are also really good cards!

Consider Mortuary Mire to add to the land base. And maybe Bog Witch for ramp.

And surely a lot of other stuff, but I wouldn't want you to detract from your theme to fit them all in.

Also, though, you accidentally put plains on the list instead of swamps.

This looks pretty impressive, but I'm not 100% on the land count. The difficulty ramping in Mardu somewhat justifies that, but I note your average MV is under 3, which seems a bit low for 38 lands, and your curve drops sharply after 4. Maybe something to keep an eye out for, but I'm sure the deck would work fine as is.

Not sure if something like Nether Traitor or Soltari Visionary might give you a decent body that can retake the Monarchy without much fear. Dauthi Voidwalker is probably the best option of all, since it can also be traded in for a something key.

I'll let you know if I think of anything else, I'm a bit busy atm, but thanks for pointing this out to me!

Hi Zaromin This looks like a fun deck! Just some ideas- I've run Teysa, Orzhov Scion for many years and there are some similarities. Have you though about Nether Traitor, Reassembling Skeleton, or Bloodghast? The latter might push your budget a little bit, but these are all great because they are self-recycling in and out of the graveyard for more and more death triggers. Also, Teysa, Orzhov Scion herself will give you two spirits for every death trigger for a black creature. She can also be one half of a win con with Darkest Hour with a free sac outlet and one of your many aristocrats out. Also, with all of your small creatures the fabulous new card Welcoming Vampire would be an amazing card draw addition. 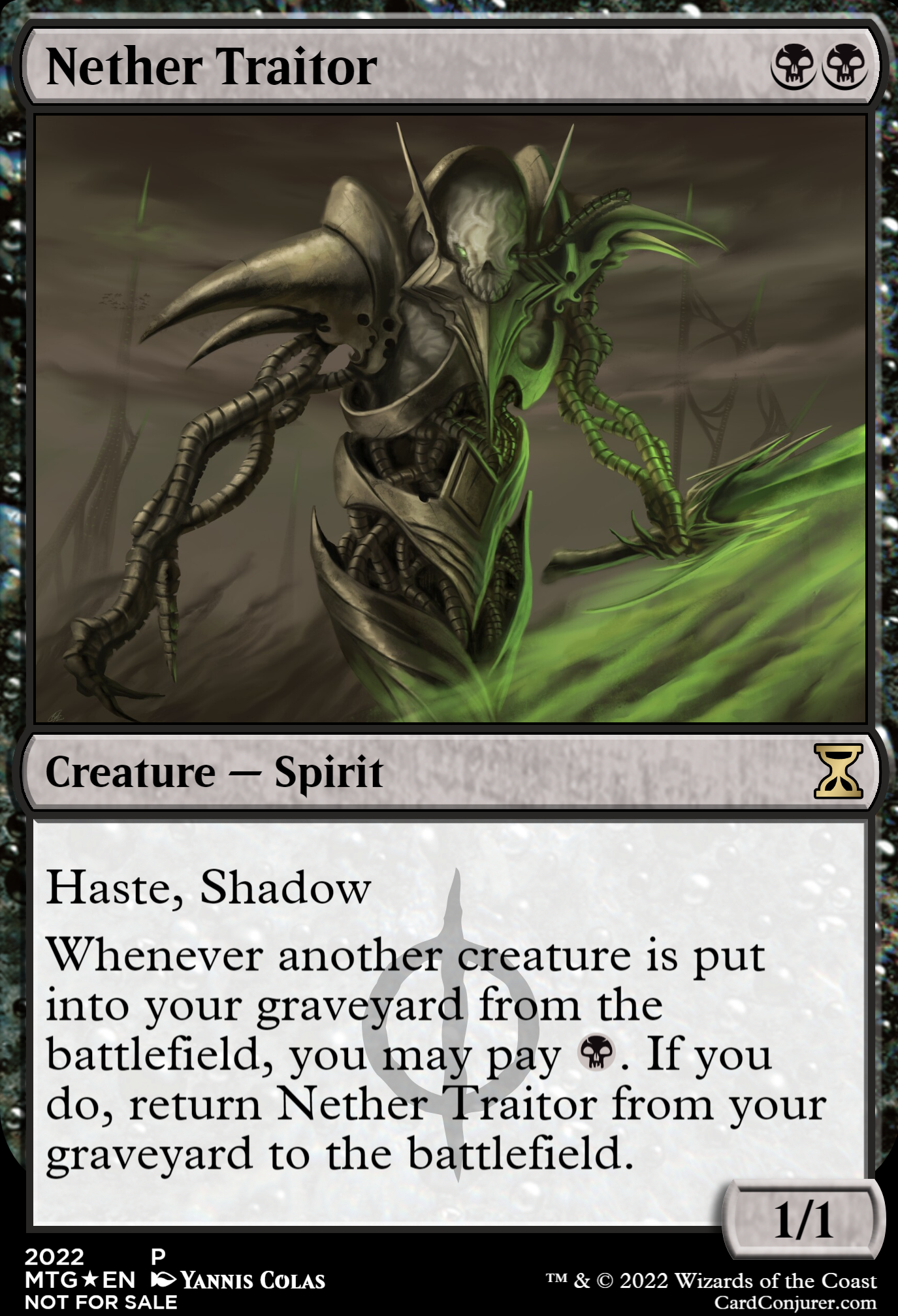