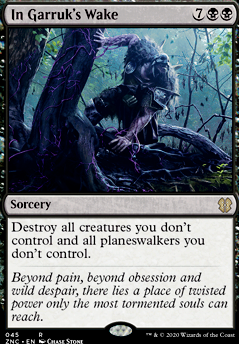 This Deck? This One Goes To Eleven!
by SacredAtsira 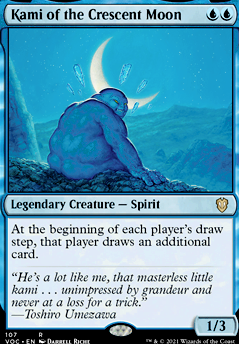 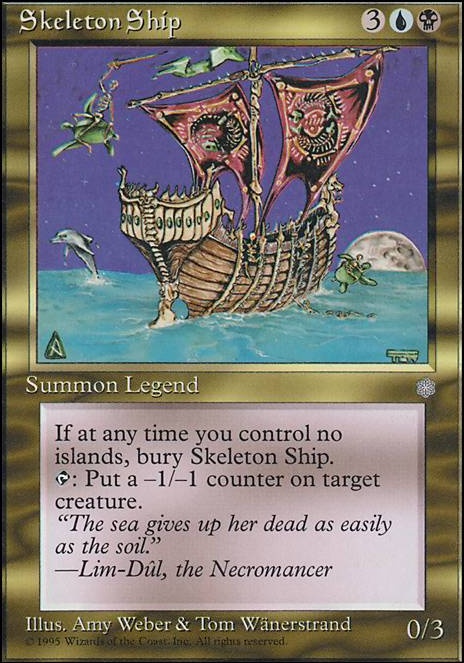 Thought it would be fun to create the pair to In Garruk's Wake.

Now, pick a Commander with Partner and then make the partner you want to use with them.

OMG, ninja'd again. Again do the above: Create a creature that costs .

Epicurus on Good Cards That You Just â¦

I agree with Guerric on the whole idea of combo pieces that are trash on their own. That's one of the reasons I refuse to run infinite combos in any deck, unless they end up in there by accident.

I'll also add my voice to the Thoracle hate on this thread. As SpammyV implied, it's just not at all creative.

But the one card that really rashes my rear is Cyclonic Rift. It's basically like "here's a couple more turns worth of boredom for the rest of y'all, whilst I sit here with my perfectly intact board state and pick you all off one by one."

Now, I will (and do) play cards like In Garruk's Wake and Ruinous Ultimatum, so maybe I shouldn't judge. I suppose it could be simply that CyRif is so common to encounter. Like hating The Beatles because they're overplayed. But I think it's more annoying somehow to have everything bounced rather than destroyed, because then everyone has to take the extra time to try to figure out what to recast, only to just lose anyway because they're too far behind.

I think you should include In Garruk's Wake and Toxic Deluge. Also, what are you using Summoner's Pact to search for?