Counter target spell, then untap up to four lands. 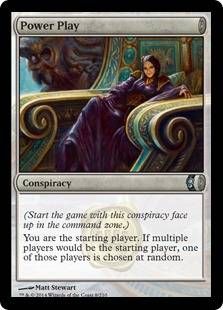 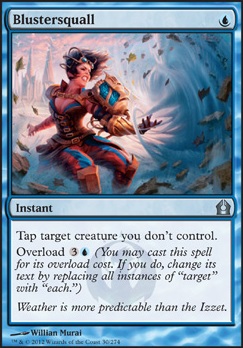 In this deck I like both Unwind and Rewind. Leyline of Anticipation and Vedalken Orrery are both nice fits. Crystal Shard is another one of my favs

Cheeky_Dick-waffle The cards only have to have been printed at common at least once, regardless of their current or previous rarity. For example: Rewind was upshifted to common in Eighth Edition, but it's original printing in Urza's Saga was at common, so it's pauper legal (even though it has been uncommon for nearly 20 years). So while lots of these cards are now uncommons today, all were common at some point, so they are allowed.

That being said, this is still an illegal deck, as Rogue's Passage has never been printed at common, and has always been uncommon. Also, Mystic Remora and Rhystic Study are both banned in pauper EDH.

You mention not wanting to shell out the money for Rewind, but the card link here lists it as ranging from $0.24 to $0.29?

Nitaisonnenfeld Thanks for all the suggestions! I'll go through each of the categories and write on thoughts on each on :)

Once again, thanks so much for your suggestions! I welcome the input and I'll try to use it as much as possible when tuning the deck.

Why Rewind and not one of the cheaper counterspell options?