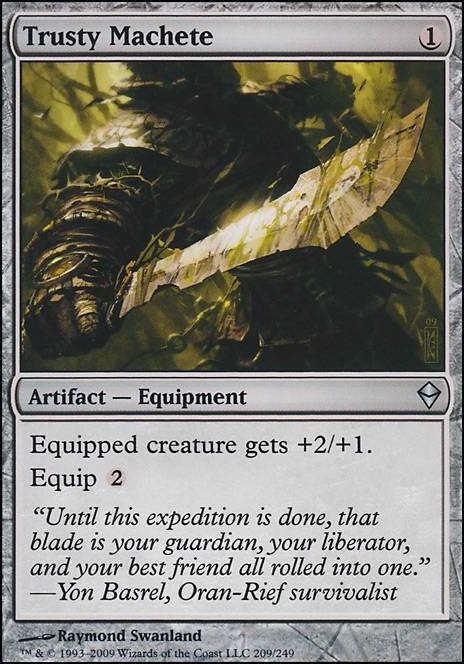 He sells signed Trusty Machete s on his web store.

I was once in a position where all i could do was play Resolute Watchdog equipped with Trusty Machete. Gave my opponents a good laugh though. This name resonates with me. XD

Hey, I couldn't help but notice that you aren't running any sort of control in this deck. Since your deck is mono-blue, you should be playing spells like Counterspell and Arcane Denial in place of cards like Trusty Machete and Rusted Slasher. Also, you should look into spells that can put cards into your graveyard, like Read the Runes and Altar of Dementia

This is a great deck. If you want to stick with the equipment theme, you could sub in Goblin Gaveleer for Monastery Swiftspear . I would also try to find a better budget option than Inventor's Goggles - maybe Trusty Machete , Magebane Armor , or Grafted Wargear .