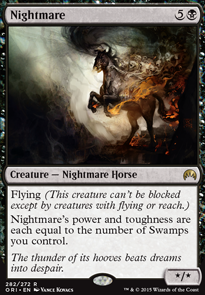 Nightmare's power and toughness are each equal to the number of Swamps you control. 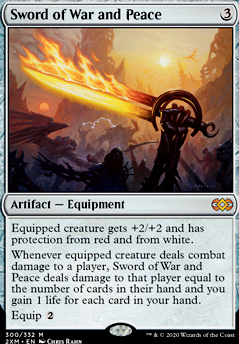 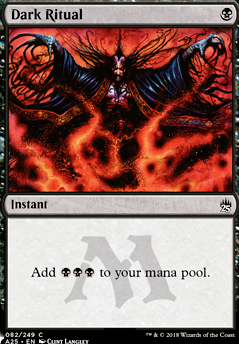 triproberts12 on Suggestions for cards with bitchin' â¦

hejtmane, thanks. I was thinking about that. I know that I've inadvertently triggered Scryfall to show each separate art in general search results before, so it would definitely be possible to see art that I'd never have thought of. For real, I've never seen that amazing Fifth Edition Nightmare, even though I've opened plenty of Nightmares in draft. Starting with early sets and sorting by EDHDREC popularity would probably be the best way to get a core group of 20-30 playable cards to start searching for complimentary cards for, that way, you could display individual printings in a search without having to look at however many thousands of cards there are, once reprints are taken into account.

hejtmane on Suggestions for cards with bitchin' â¦

Here are some that depend on edition I will find more

This is kind'a dorky but, if your running all swamps I would suggest Nightmare.