Arcades, The Strategist
by ChestnutKing 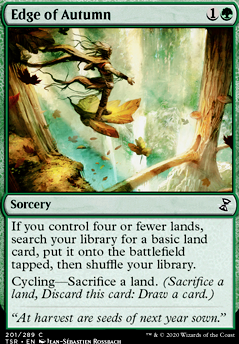 Agreed that the title of "Dragon God" is pretty high on the cool scales....If you want him as the wincon for his-8 (which would be hillarious to pull off with an opponent having a walker out with a +2 ;) ) then id say bring a full removal suite of The Elderspell and Murder / Hostage Taker with some Fiery Cannonade for those pesky tokens..... maybe hide behind a few Wall of Mist ?

If you use Aegis of the Heavens on Wall of Mist and have High Alert on the battlefield, Wall of Mist will deal 12 damage to whatever it attacks/blocks.