Each creature you control with a +1/+1 counter on it has deathtouch.

Mer-Ek Nightblade occurrence in decks from the last year

Mazirek Hated Off
by HarleyQuinn22 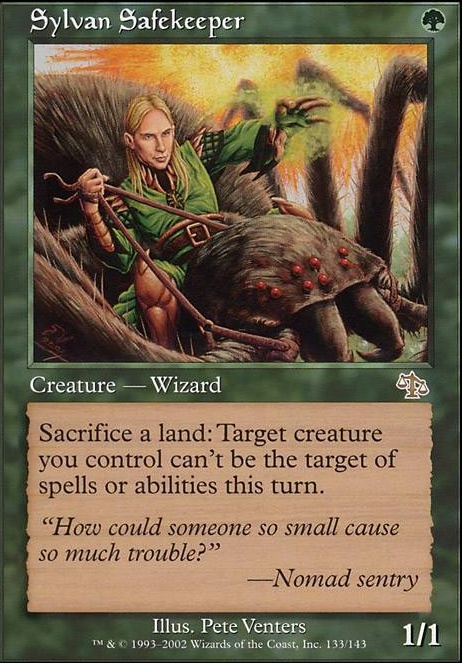 Marchesa - No Rest For The Wicked
by OttersaurusRex

Magmasaur might be a decent keep. It at least works well with Marchesa. Malakir Cullblade , Maulfist Squad come into play with counters on them. Mer-Ek Nightblade offers some good support.

Last_Laugh on Searching for cards that begin ...

You cut Tezzeret's Gambit out of spite? There's no other reason that you did that while keeping terrible Wanderer's Strike ?

There's mana efficient budget staple Commander cards that can replace many of the very cards you think you should keep. Start with staples that are within your budget, include them first, then add "two for ones". Your right two for ones are good, but the card must be worth the mana cost for the two for one to matter. None of the cards you're explaining to me about are worth the mana cost. Over mana costed cards that have proliferate slapped on them as a one time effect are not worth it when you can play many repeatable sources of proliferate and can also get the very same one time effect from much lower cost mana efficient cards.

Dovin has a good ultimate, but that's it. Best not to play Planeswalkers just for their ultimate because it's too likely that you will not get it. Dovin's other abilities are lackluster, not worth playing. In any game you would much rather play four drop Atraxa, Tamiyo, Field Researcher or Ajani Steadfast than Dovin. Dovin is just getting in the way of other much more powerful four drops. Can't count on having Doubling Season every game to ultimate your Planeswalkers especially since you're not playing any mana efficient tutors that can get Season.

True Conviction and Plasm Capture are fine cards, but the manabase here can't support them. Their difficult mana costs are not costs you want to have to worry about in a four color deck. They aren't powerful enough as singletons to want to change your manabase or mana sources to play them.

multimedia, I shall address each card that you have mentioned.

Wanderer's Strike is a removal spell as well as a source of proliferation; it unconditionally exiles any creature and provides additional counters on permanents. I do feel that five mana is a high cost, and it really should have been an instant, but the fact that it provides two effects in one card makes it too useful to remove.

Fuel for the Cause is the same; it is a two-for-one card, so I prefer to keep it.

Grim Affliction can work as a removal spell, which any deck should have.

I will admit that I am having difficulty in deciding which card between Steady Progress and Tezzeret's Gambit to remove, but the fact that the former is an instant means that I shall likely keep it. Drawing two cards is obviously very nice, but the difference between an instant and sorcery can often mean the difference between victory and defeat (which is why I did not replace Grim Affliction with Courage in Crisis ).

I feel that Plasm Capture is too good to not have in any deck that contains blue and green, since it provides essentially free mana.

Privileged Position is too good to not include in any deck that supports its colors, for reasons that should be entirely self-explanatory.

I have True Conviction in every EDH deck of mine that contains white, and, in the case of this deck, it is an excellent combination with Archangel of Thune , since every additional creature shall provide an additional trigger for the angel's ability, and the same is true with Abzan Battle Priest , which is in this deck specifically to combo with the archangel.

Mer-Ek Nightblade should be entirely self-explanatory.

Out of all the cards that you mentioned, I actually had Thrummingbird in this deck, before I replaced it with Grateful Apparition , but, after considering your words, the redundancy would be nice, so I shall put that card in this deck, again, and I shall likely replace Tezzeret's gambit with it, which shall also allow me to replace Mortify with Utter End .

Hey Strangelove, neat deck! Looks really solid budget deck; you've got a lot of really good cards that have high impact at low cost. I noticed that you're not running Ashnod's Altar . Any reason, other than budgetary, that it isn't included? Seems like a pretty sweet sac outlet.

I see that you have Falkenrath Noble in your Maybeboard, but have you considered running Zulaport Cutthroat , or the classic Blood Artist ? If you're murderin' critters every turn, both of those guys can be pretty useful. Not sure how much you're trying to avoid gaining life, in order to ensure Marchesa, the Black Rose 's Dethrone trigger, but they might prove to be useful in some conditions.

Smart to include Shriekmaw in the deck. Have you considered any other creatures with Evoke? They combo well with the Unspeakable Symbol . Ingot Chewer and Mulldrifter seem like they'd do nicely, perhaps. On the subject of abilities: looks like you've included a few Graft creatures in the deck. Have you at all thought about adding Cytoplast Manipulator ? I've had that card perform miracles in my deck. Steal a dude, +1/+1 it somehow, kill it dead, and it becomes yours!

Have you thought about adding in Treasonous Ogre to your deck? Runs similarly to Unspeakable Symbol , but with red mana instead of +1/+1 counters. Has been used to save my bacon more times than I'd care to mention in my games.

With all the ETB triggers in your deck, you may want to think about adding Noosegraf Mob , since it'll net you zombies, and sets itself up to come back easily, if the last counter isn't removed from the card. Dunno what your budget is, but you may want to consider swapping Butcher of Malakir for something like Dictate of Erebos , which can be used in hilarious ways due to the Flash ability. Another inclusion you may want to consider is River Kelpie , since you're relying heavily on Marchesa, the Black Rose 's Dethrone to pull stuff outta the 'yard. Have you put any consideration into using cards that have an Outlast-like effect? Mer-Ek Nightblade and Herald of Secret Streams seem like they could be useful in your deck.

Lastly, I noticed you don't have a Reef Worm in your deck. Not sure if that's a personal choice or what, but let me tell you, it has given many excellent performances in my deck. Being able to loop it several times has proven to be a game ender on more than one occasion.

Anyway, amazing deck! Looks like it'd be an absolute blast to play, and it can be made without breaking the bank!