Saffi Eriksdotter occurrence in decks from the last year 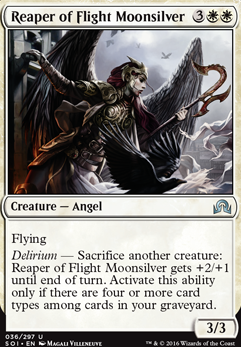 Saffi and Friends
by KailDaemon 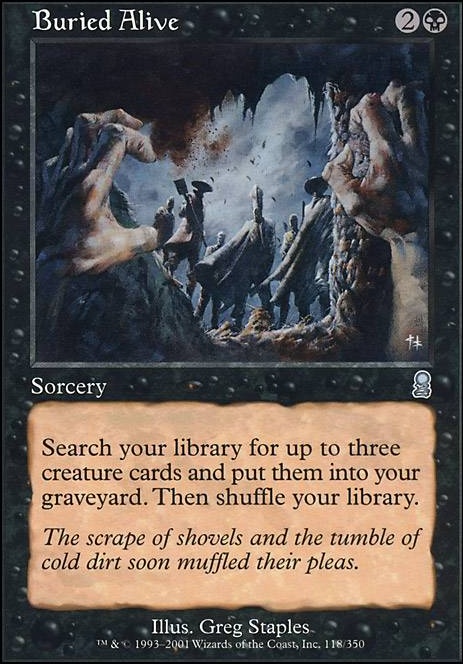 Journey to Eternity Â Flip would do great with Sun Titan and Tayam. It feels pretty bad in an opening hand half the time and feels bad when you topdeck it without a target. When the stars align it does serious work. My meta is spot removal heavy so it hasn't had a chance to shine in my brews :)

Saffi Eriksdotter and Eternal Witness might be good tayam and titan targets to sneak into the brew for smoothness when you want it.

Journey to Eternity Â Flip would do great with Sun Titan and Tayam. It feels pretty bad in an opening hand half the time and feels bad when you topdeck it without a target. When the stars align it does serious work. My meta is spot removal heavy so it hasn't had a chance to shine in my brews :)

Saffi Eriksdotter and Eternal Witness might be good tayam and titan targets to sneak into the brew for smoothness when you want it.

Caerwyn: That's so much worse. And not becuase machanically it's complicated, but becuase it's a SBA. This means that I can dump a commander in the graveyard and leave them there for as long as I want, but at any point in time can just fish them out. It means that there's no consequences for putting your commander into the graveyard, because you might draw that reanimation effect. But if you don't, then "oh well, guess I'll put my commander back in the CZ". It doesn't teach risk/reward, it doesn't encourage poeple to live with the choices they make. It gives them a repeatable get out of jail free card whenever they want.

this is yet another move which rewards bad deck building and bad piloting, because it's basically a mini do-over with no consequences. And sure, I'll get a HUGE boon here - after all I run Saffi Eriksdotter and she gets broken good with Skullclamp, but that's not the point. More and more stuff like this is just spoon feeding coammnder players, and I don't think it's healthy.

EDIT: So apparently in the video they cover the fact of "If it wasn't there the lasst time you check state based actions..." Still not great, but better than my fears confirmed. Still, I will wait and see exactly how they word the ruling.

Gotta say, I'm pretty staunchly against this change. And that's coming from a Saffi Eriksdotter player. So if it's now a triggered ability, does that mean that other players can counter it?

You could run a green/white elfball build of her. That way you're playing lots of cheap creature spells and so are getting lots of land searching, thinning your deck. And then you can run a bunch of effects like Finale of Devastation, Craterhoof Behemoth, etc. to buff your weenies and turn sideways.

As for combos in green white, I would avoid sacrifice recursion loops in Karametra. They're good, don't get me wrong, but to make them viable in the deck you need to devote quite a bit of card space to them and then why not just run Saffi Eriksdotter.

For combo lines, you'd be better off leaning into forming loops with lots of landfall effects and using things like Dryad Arbor + Temur Sabertooth + put a lnad onto the battlefield effects to create some nice landfall loops and then fed that into something else like Walking Ballista.