As long as it's your turn, creatures and planeswalkers you control have lifelink.

-X: Return target creature with converted mana cost X from your graveyard to the battlefield. That creature is a Vampire in addition to its other types. 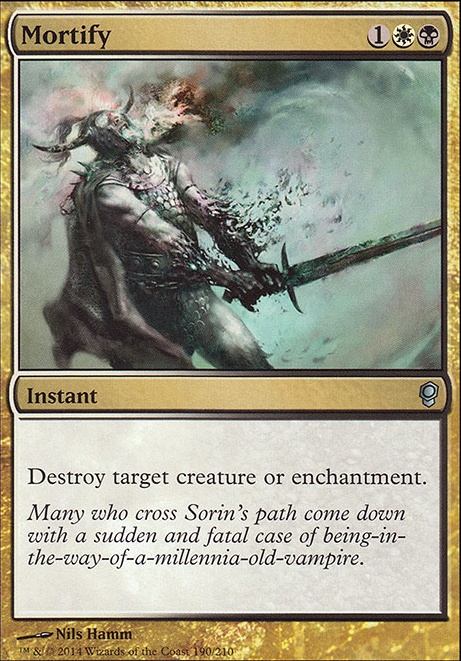 Edgar Markov and the Vampiric Legion
by COOZCOOZCOOZ

Or even better, using Sorin, Vengeful Bloodlord to reanimate a Roalesk, Apex Hybrid, then sacrifice it to Vraska, Golgari Queen to proliferate more. Have Ral Zarek, Nicol Bolas, Dragon-God, and Atraxa, Praetors' Voice on the field to make infinite turns!

Way too much high CMC stuff in this deck, seems to be more of an expensive battle cruiser. Cut your curve with saccable creatures like Selfless Spirit, Benevolent Bodyguard, and Selfless Savior. You can even recur them with Lurrus of the Dream-Den and Sorin, Vengeful Bloodlord. If you want to lean more into aristocrats, also consider Athreos, God of Passage.

Call of the Death-Dweller is a good way to get your Archfiend's Vessel as a 5/5. Currently I don't see a way to get them back other than 2xSorin, Vengeful Bloodlord.