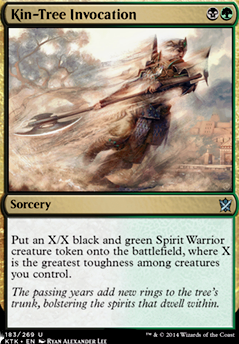 Put an X/X black and green Spirit Warrior creature token onto the battlefield, where X is the greatest toughness among creatures you control. 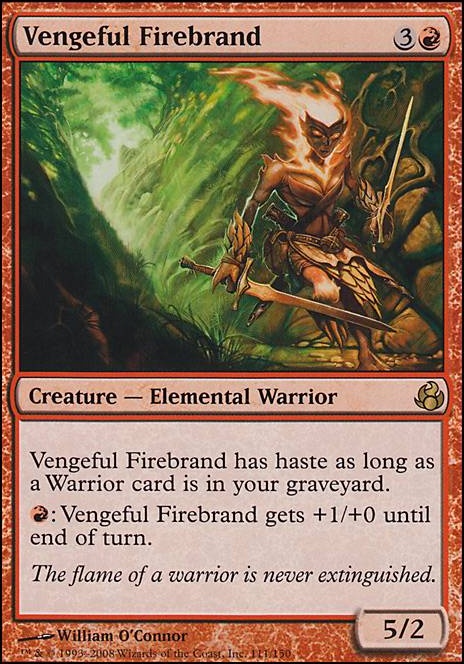 Just Trying to Upload
by Smockjuggler 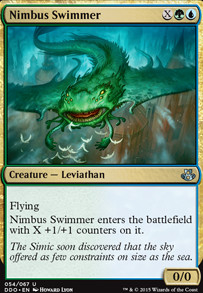 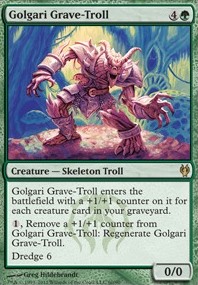 If you cast Kin-Tree Invocation and the greatest toughness you have on the board is 4, then your Kin-Tree token will be a 4/4. Not a 0/0 with four +1/+1 counters, but a token that would actually read 4/4 in its P/T box.

Copiable values are what is printed on the card (or would be printed on the token in this case), including name, type line, text box, and power/toughness. They do not include counters, auras, equipment, or temporary stat alterations due to other cards. Since your Kin-Tree token actually has 4/4 "printed" on it, that is copiable, and your Growing Ranks populated copy will also be a 4/4.

If you have Growing Ranks on the field and a Spirit Warrior token from Kin-Tree Invocation and you populate the token does it come in as Power/Toughness from the token or would it enter as a 0/0?

I recommend narrowing in on a strategy that spiders fit into. On one hand, you could go farther in on the Assault Formation plan with cards like Tower Defense, Kin-Tree Invocation, and Sheltering Word. There's also the option of playing more with the graveyard using Nyx Weaver, Spider Spawning, and other self-mill. Either way, I'd consider adding in ways to benefit from going tribal. Metallic Mimic, Obelisk of Urd, Door of Destinies, and Adaptive Automaton come to mind. As for spider lords, Ishkanah, Grafwidow is an obvious choice.

Stumped By Twigs On A Stick

Thanks a bunch for your great suggestions! Sidar Kondo of Jamuraa and Austere Command will definitely go in, replacing Yoked Ox and Kin-Tree Invocation respectively.