Blue Sun's Zenith occurrence in decks from the last year

All of your base are belong to us!
by JacobBaekgaard 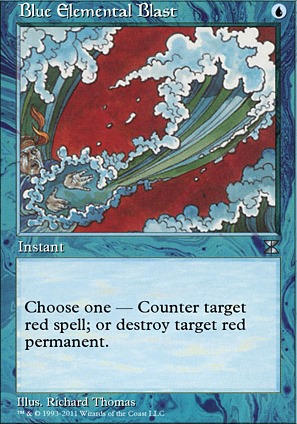 Yea, I didn't end up cutting out Power Artifact for that very reason. I just had to make room in the deck for it.

At this point if I want to take the next jump in making the deck more competitive, I think I need to pull the cards that don't enable/facilitate the combos like Blatant Thievery, Expropriate, and Rite of Replication and replace them with card draw and more tutors. But I have such love for those cards that its a hard step to take.

Based on CMC and effect Thassa's Intervention is better in every way than Pull from Tomorrow. So if I were going to pick one or the other it would be Thassa. I think Blue Sun's Zenith would be a good card to include as an alternative win condition on infinite mana to back up Codex Shredder. Dig Through Time would be good in that late game situation as well when still trying to assemble the pieces to combo off.

I wouldn't recommend cutting Power Artifact for Rings; it's still a super fast way to enable Basalt/Grim Monolith and I think it's worth a slot regardless, I was just making an easy comparison and why I felt it should be in. I personally run Dramatic Reversal, Isochron Scepter, Power Artifact, Basalt Monolith, Grim Monolith, and Rings of Brighthearth. I run all 6, and I've gone off with Rings more because it's more easily tutored in a lot of cases, but Power Artifact has let me win right on turn 2 before which is very much worth consideration.

I run Intuition and have been testing Thassa's Intervention. Intuition is excellent with Codex Shredder (albeit expensive) if you already have 1 combo piece in hand. It's also a great way to just go, "Screw it, I'm countering that spell and I have the mana to prove it" by grabbing 3 low cost counters. Thassa's Intervention has been fairly solid- being modal actually came in handy once, and once I dug for 6 and got to keep 2 of them, but at that point is was more expensive to cast than Dig Through Time. Being instant speed has been invaluable, though, which is why I'll easily recommend it, still. I'm still testing out which card I like more for the slots, but I would recommend Thassa's Intervention if you just wanted to stick in some cards that have some value in the early game and late game, both (in my list, Blue Sun's Zenith is currently being tried out as Thassa's Intervention). In that same vein, Blue Sun's Zenith (1 mana more than Pull from Tomorrow, but can be used as a win con by milling your opponents out. You can loop it with Sensei's Divining Top, infinite mana, and Urza to win), Dig Through Time, Pull from Tomorrow, etc., as they can help you dig for what you need in the mid-game, with BSZ functioning as a win condition too if you need it.

May I offer a different and far less complicated win condition that still uses the infinite counters combo your deck is built around? Here's an example game:
Turn one you play an island and Training Grounds .
Turn two you play a forest, Paradise Mantle , and Gyre Sage .
Turn three you plan an island, Gilder Bairn , (Trigger evolve on gyre sage) and use Gyre Sage to equip Paradise Mantle to the Bairn.
Turn four you play an island, use the combo to put infinite counters on Gyre Sage, tap Gyre Sage for 100000000000000 green, tap your three islands for UUU, and cast Blue Sun's Zenith for X=100000000000000 targetting your opponent. Assuming they don't have any tricky business, they draw from an empty library and lose the game. You could run Pact of Negation to protect yourself when you're going off, and Force of Negation as backup to counter removal spells they play on their turn when you aren't ready to go off yet. If you wanted to splash a color, you could try adding a bit of white for Teferi, Time Raveler to stop your opponents from interfering with you, or even Dovin's Veto for the same reason. Steelshaper's Gift can tutor for the mantle, and Idyllic Tutor can tutor for the grounds. If you run Idyllic, you could also run a package of useful enchantments like 2x Detention Sphere , 1x Privileged Position , 1x Spreading Seas , 1x Search for Azcanta  Flip.

I know that's a lot of recommendations, and I don't expect (or even recommend!) that you follow every single one. Blue Sun's Zenith would be my primary recomendation, "Free" countermagic like Pact and Force would be my next biggest recommendation.

Notion Thief + any wheel = angry opponents and you draw a lot

Narset, Parter of Veils + any wheel = another notion thief type combo, slightly worse as they still will draw 1 card

Waste Not + any wheel = super card advantage, mana, and dudes

Chulane, Teller of Tales and Roon of the Hidden Realm both give you re-usable flickers you can abuse, plus you may find Chulane, is a better commander for the deck's overall goals as he allows extra card draw and land fall.

Also if you want some easy ways to crush out the game with infinite mana you could always run Finale of Devastation into a Craterhoof Behemoth or run that mana into a Blue Sun's Zenith to either mill out opponent's or allow yourself to win via Laboratory Maniac or Jace, Wielder of Mysteries