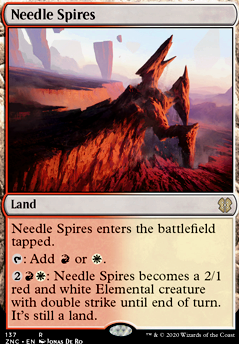 : Needle Spires becomes a 2/1 red and white Elemental creature with double strike until end of turn. It's still a land.

Given how incredibly low the mana curve of the deck is, have you thought about running either Cave of the Frost Dragon or Den of the Bugbear? While Den is cheaper to activate and can make tokens, Cave is more on colour and gives you both a flying attacker and decent toughness flying blocker if the games get drawn out. And unlike Needle Spires (which other than entering tapped would have been perfect) doesn't enter tapped early game, so as to not impact tempo anywhere near as much since you don't have a single card costing more than 2 mana (meaning you can never get screwed playing on curve).

Awesome deck! Iâve been consulting this page frequently since I began building my feather deck, Feather the Storm. I appreciate how thorough and thoughtful your analysis is, and I love that you keep the list updated with each new set release.

I was curious about your inclusion of the land Needle Spires . Your mana base seems insanely efficient, but this clunky man-land caught me by surprise. Do you find that itâs a helpful option after a board wipe? Have you ever used itâs ability in a game, and if so, how frequently?

Thanks again for all the great tips and tricks for this awesome commander!

I would recommend adding more copies of key cards in your deck for consistency. Play around with it, find out which cards are good and synergistic, and which ones are cards that generally don't come in handy, or are just cards that sit in your hand the whole game.

Here are some improvements that could be made with your mana base on budget: Wind-Scarred Crag , Needleverge Pathway Â Flip, Temple of Triumph , Battlefield Forge , and Needle Spires . Coming in at the highest price for budget lands is Clifftop Retreat at $5.75 US. All of these are better than Boros Guildgate

Don't include all of those lands, lol. Cut cards from your deck until it is 60 cards (for consistency) and then have 24 lands as a base. Add more or cut more depending on how aggressive you are. Basic lands should be the majority of your land base unles you are looking for an expensive mana base, but 8-12 of the lands I listed above should help. 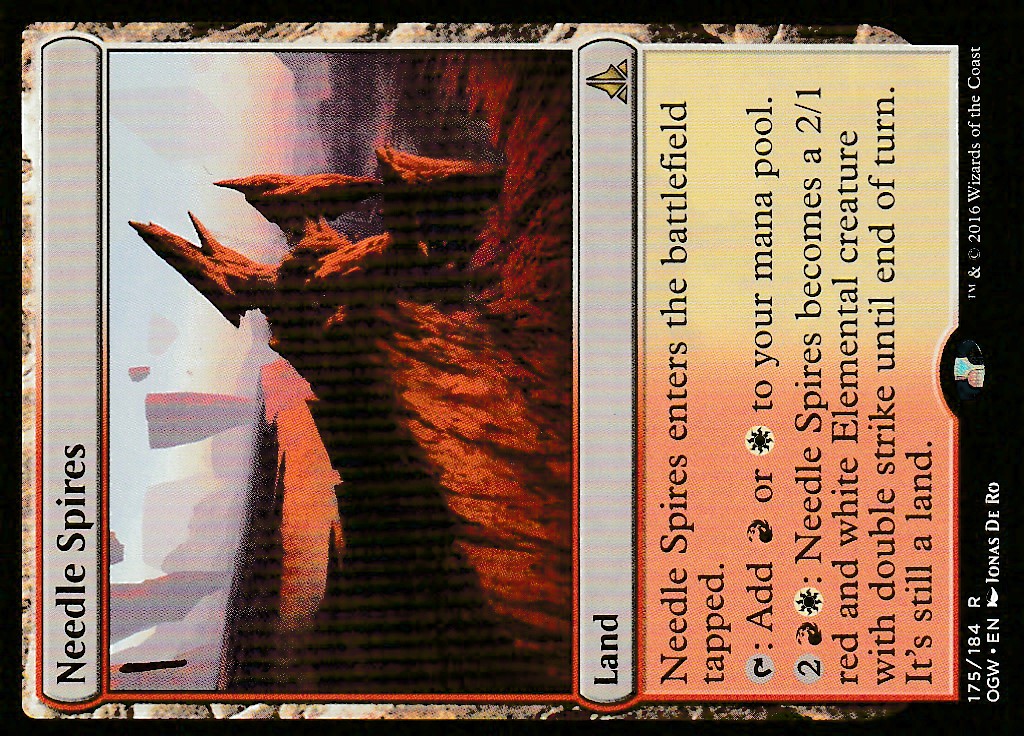