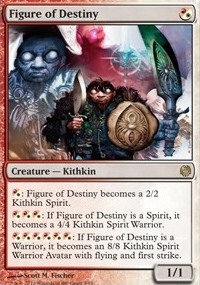 : If Figure of Destiny is a Spirit, it becomes a 4/4 Kithkin Spirit Warrior.

: If Figure of Destiny is a Warrior, it becomes an 8/8 Kithkin Spirit Warrior Avatar with flying and first strike.

Fury of the Small
by Feridia 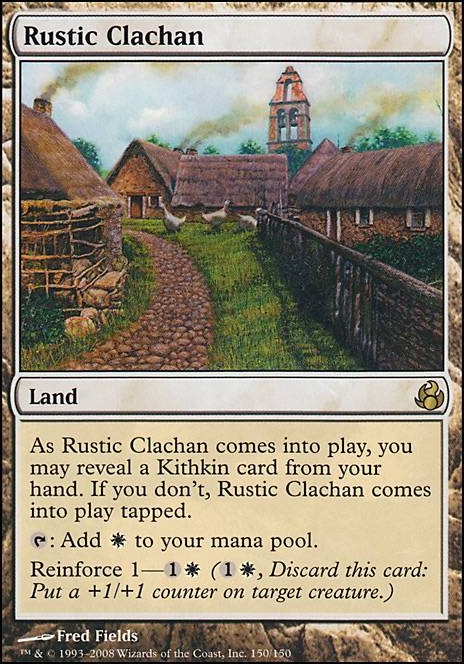 What did SSG do wrong, honestly
by Lowenstein 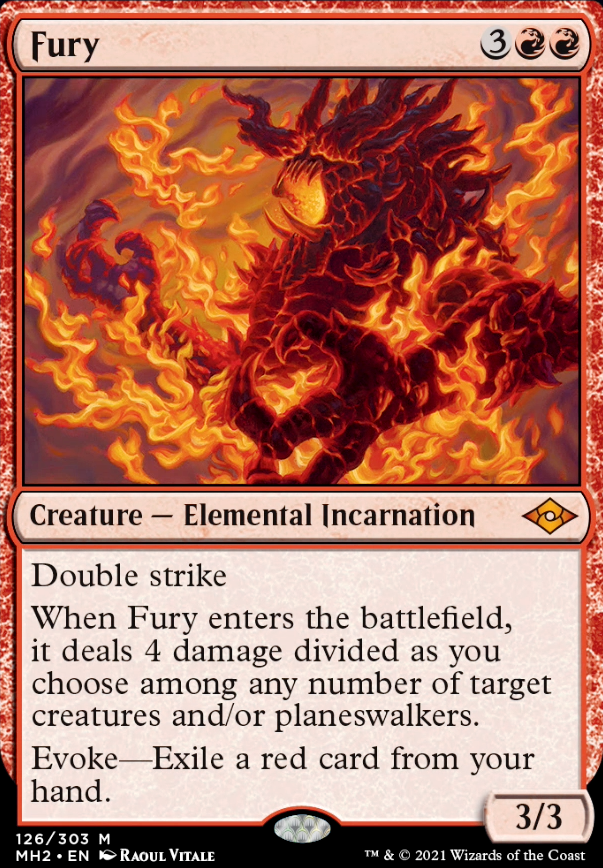 wallisface Thanks very much, I'm proud of this brew. I suppose it reflects 20 years of janky deckbuilding, but a little more focused than previous decks.

I wanted to build a deck that I hadn't seen a million times before. I do agree that for his CMC, you are probably right. I was thinking that Figure of Destiny might be a good swap, since he's cheap but has the potential to fly off the hook if given time..

I also realised that I'm at 58 cards, so I should likely put two more lands in. The other option is that I pull the two copies of Goldspan Dragon I own from their current deck, remove all four copies of Teferi, Mage of Zhalfir in favour of two copies of Lavinia, Azorius Renegade and two copies of Strike it Rich.

I'd love your thoughts, and once again thank you for your kind words and advice :-)

Years ago I really wanted to like both Figure of Destiny and Guul Draz Assassin but found both times they would always get removed in response to dumping the mana into them.

Last_Laugh on Why is this Card Played â¦

The entire "Level Up" mechanic is garbage because sorcery speed neuters the mechanic. It's sad because Figure of Destiny (card they got the inspiration for level up from) levels up at instant speed.

Have you thought about Figure of Destiny ? You have quite few turn 1 plays and this kithkin is never a dead draw.