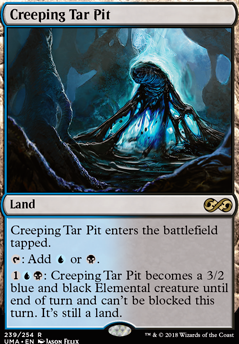 : Until end of turn, Creeping Tar Pit becomes a 3/2 blue and black Elemental creature and is unblockable. It's still a land. 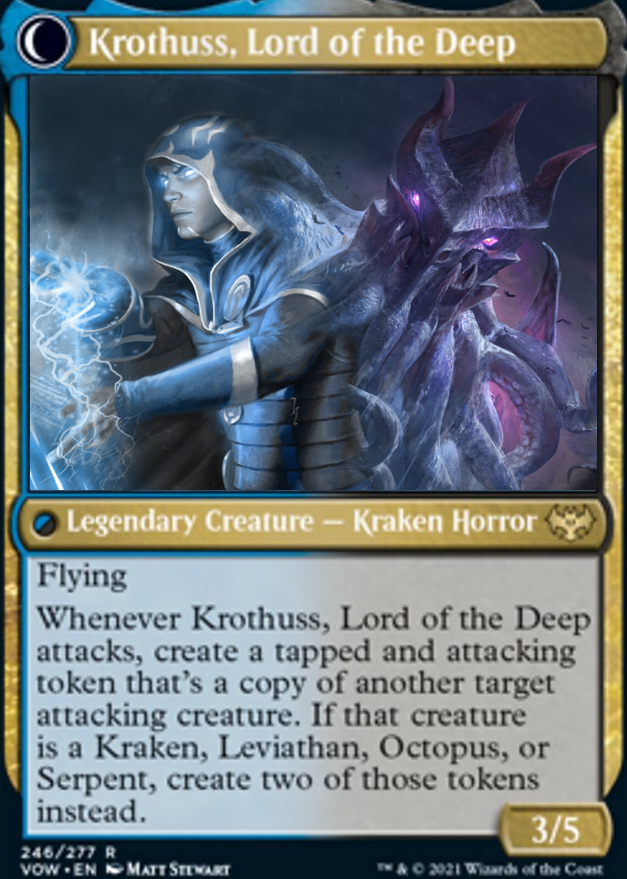 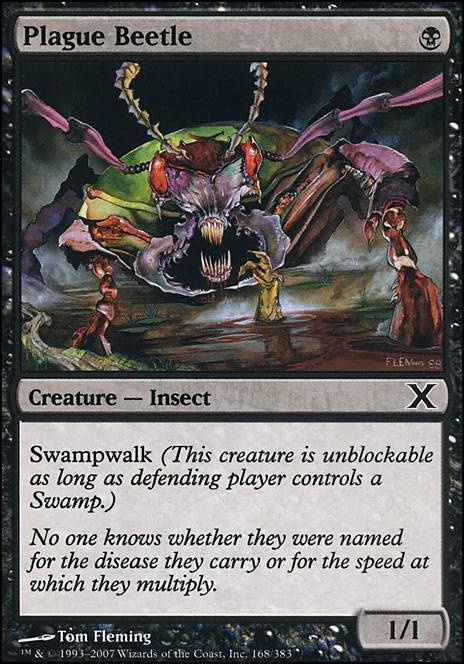 ModernMonday thereâve been competitive modern decks in the past that have won just by swinging with a Creeping Tar Pit and/or Snapcaster Mage for ten turns - control doesnât need to have an obvious wincon card if it can take control of the game well enough.

So I guess the thing you need to figure out, is whether you want to play hard-control, combo, or something in-between. Assuming an in-between strategy, I would personally suggest Duskmantle Guildmage + Mindcrank

I would recommend either going the Murktide Regent or Lurrus of the Dream-Den route; Murderous Rider and the planeswalkers here simply aren't going to keep up with the modern meta.

I would also cut Creeping Tar Pit for Hall of Storm Giants; it dodges Unholy Heat. And speaking of which, I would also strongly recommend playing more of those and less Fatal Pushes to keep up against planeswalkers.

I also think Field of Ruin is pretty bad overall, right now, although I guess Tron is on the rise. I would consider some filter lands, since you've got so many blue and black pips to sort through.

Counters and discard spells also have some tension, but 4x is probably fine.

For SB recommendations: Kozilek's Return is easier to cast than Anger, and instant; and Mystical Dispute is probably better than the Forces, against opposing control decks.

You could also just run Rest in Peace/Leyline of the Void and be a mill deck with Kaya as a wincon.

Have you tried manlands? Creeping Tar Pit is very useful, and Celestial Colonnade is a nice blocker/beater. There are many but those two are the best ones.