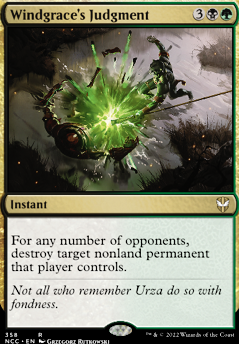 For any number of opponents, destroy target nonland permanent that player controls. 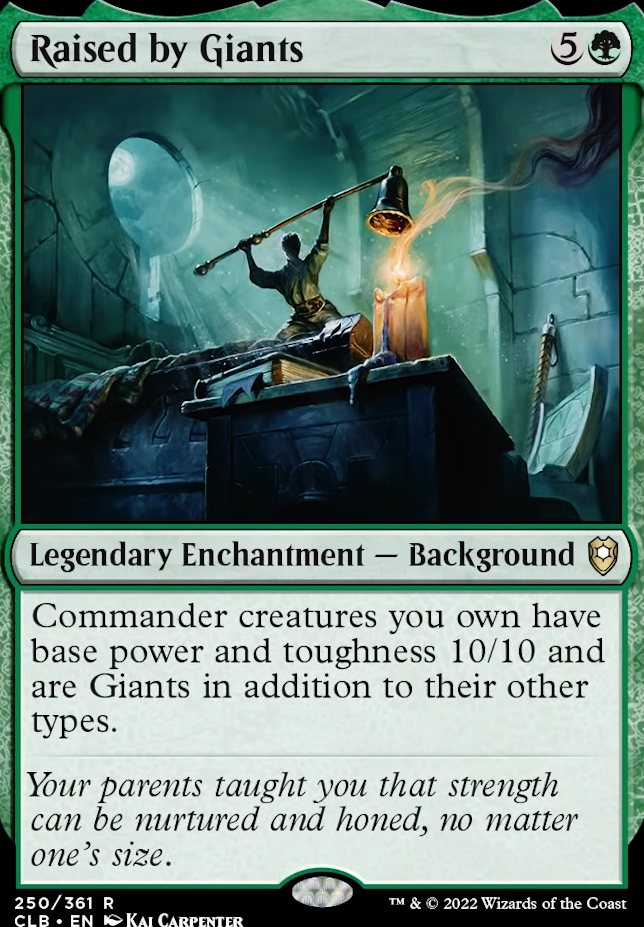 update on thoughts on sets released since last post: 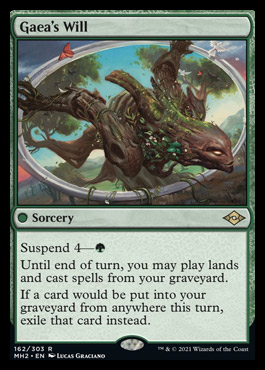 Interesting as a concept. Only issue is it broadcasts the shenanigans well before it's possible to execute. 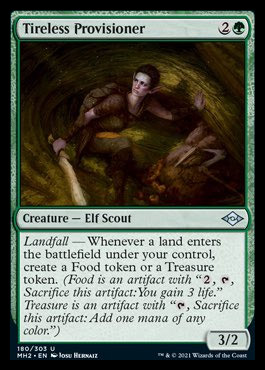 I think that with Kodama of the East Tree and the ability to ramp off land ETBs, this is an autoinclude in all Windgrace decks. It's technically better than a Lotus Cobra in that the mana sticks around, just one more mana to cast. 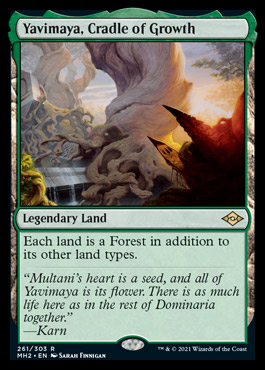 Adventures in the Forgotten Realms... moving on 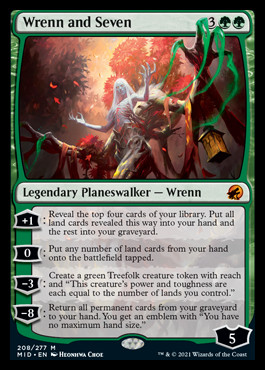 Pretty good, does a lot of things you want to see, however there it does not allow you to put lands into the graveyard, they simply go to hand, so it will not necessarily synergize well with other engines. Further, as a 5-drop, you will probably have already unloaded your lands onto the battlefield so the second ability won't usually be too crash hot. I would hesitate to call this an auto-include, especially at current prices. 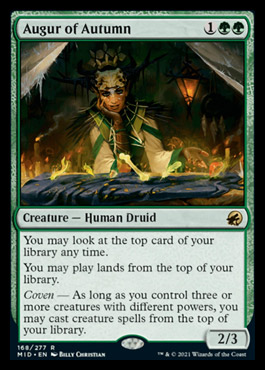 Honestly Courser of Kruphix at least gives you life. I don't imagine (at least with this build) that with the number of creatures you can reliably meet the Coven conditions. It does have upside, but it requires the player to jump through hoops to get it. It's no Oracle of Mul Daya, but I can see an argument for preference. 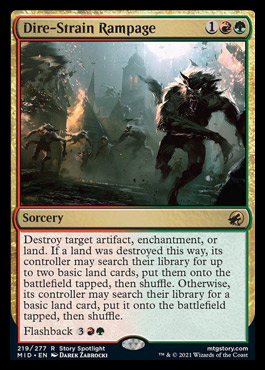 I've seen this one bandied around, and honestly Harrow just does this better. It can act as removal, and has flashback but honestly Assassin's Trophy or Windgrace's Judgment act as broader, more reliable responses to real, immediate threats, and the ramp aspect is about average. The flexibility is good, but the power is just lacking to make this an auto-include. 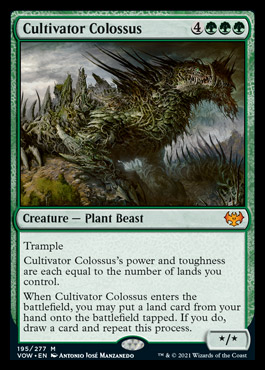 Honestly I'm actually excited to see this kind of card, once it hits the battlefield you could cycle through a fair amount of the deck given the amount of lands. It's a given that the lands enter tapped but it gives the potential for an absolutely insane turn with anything like a Dread Presence and Urborg, Tomb of Yawgmoth, or a Valakut Exploration (though just be careful not to mill out)

I have replaced Fable of Wolf and Owl with Windgrace's Judgment, which decreased the average converted mana cost of this deck from 4.10 to 4.08, because the fable did not strongly contribute to the overall theme of this deck, whereas the latter card does.

zapyourtumor thanks for your suggestions! So Sultai Charm is a bit too colorintensive for what it does, albeit being versatile. Windgrace's Judgment I don't have, and Silumgar's Command I will need to try. The other cards are being played, I just tend to mix them up. Force of Despair for example is a supernice card and already has a home in my "All Nicol Bolas flavor" deck. Thanks again and have a nice day :) 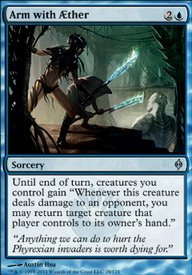 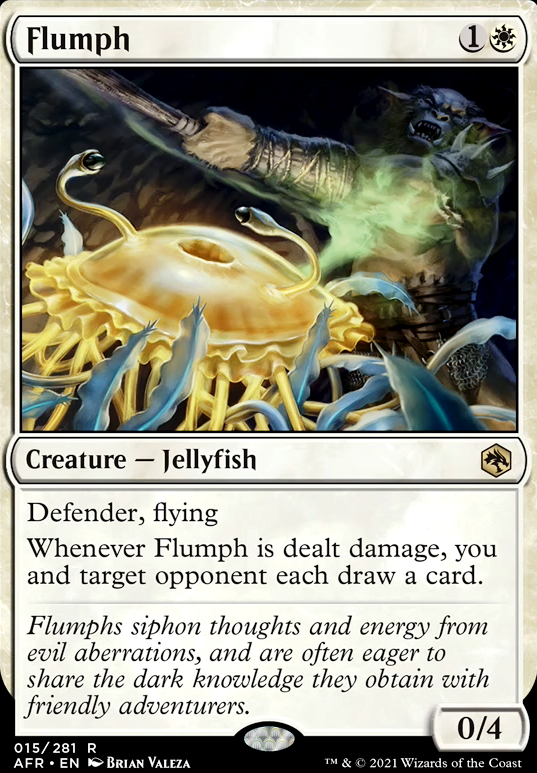 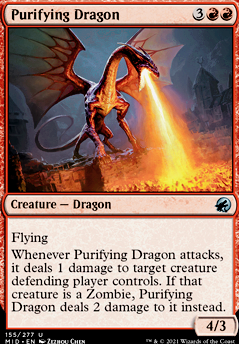 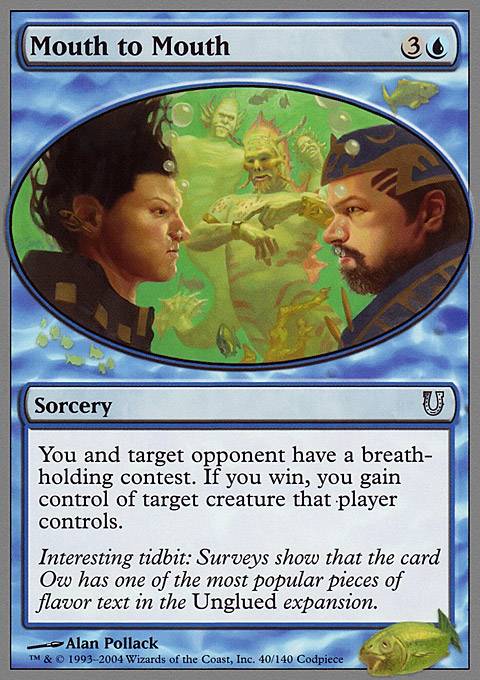 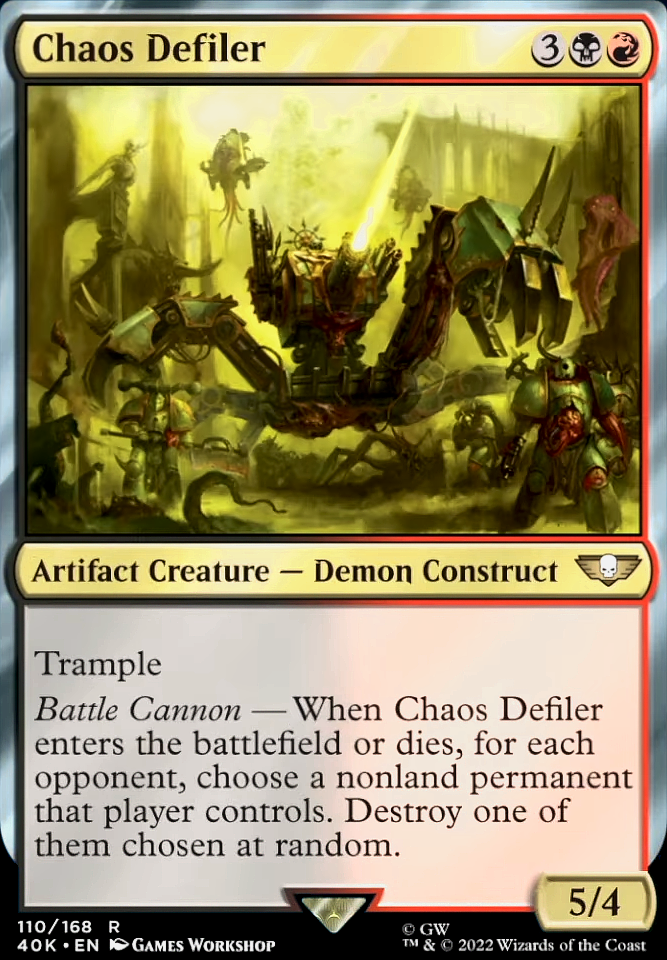 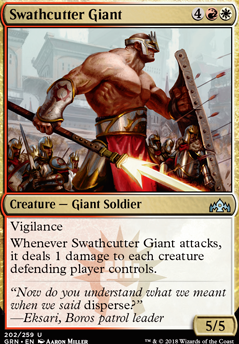 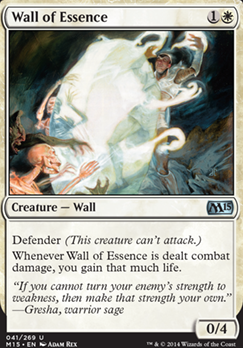 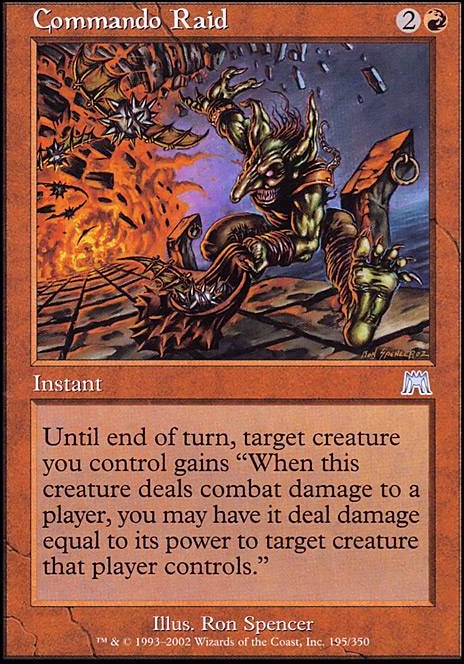 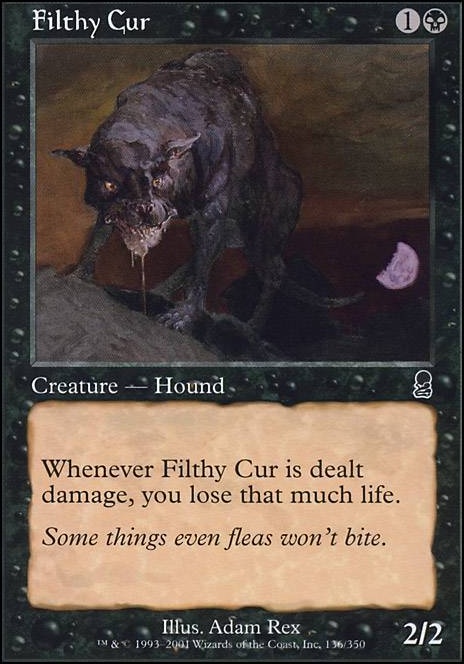 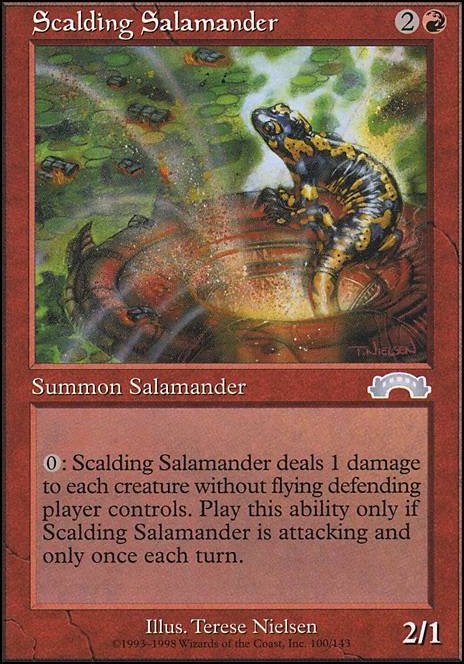 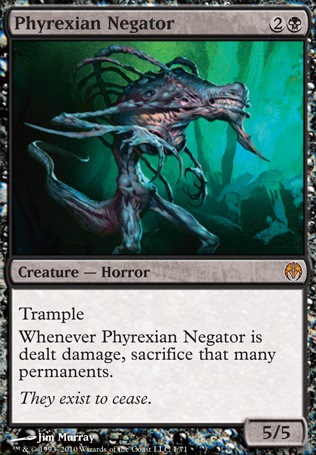 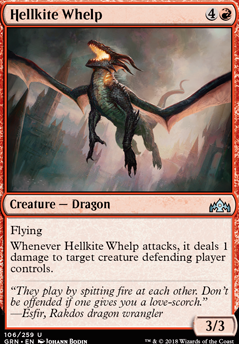 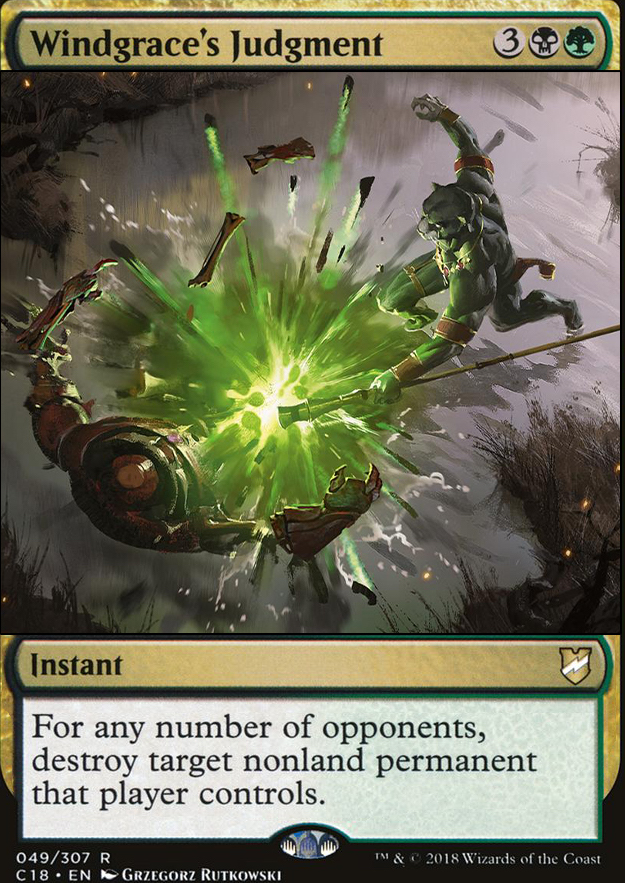 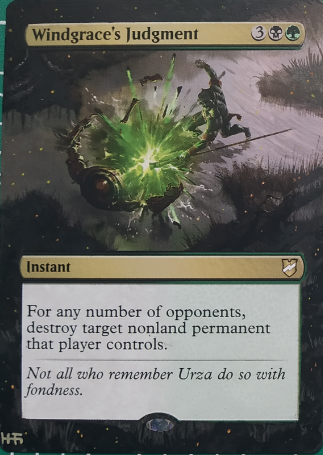