When Uro enters the battlefield, sacrifice it unless it escaped. Uro Off The Chain (Competitive)
by Jbausworth13 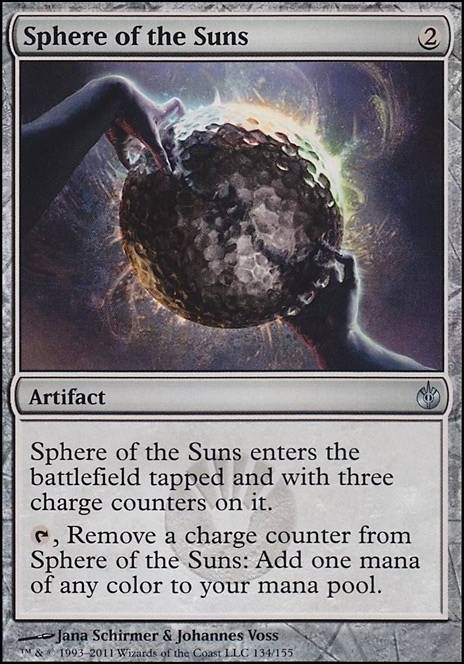 Kinnan, Minus Tutors
by Kalavas

Some Kind of Tribal Crap (Elementals)
by Chandra585

And also I just deck tested it, we get most ramp from Risen Reef/Uro, Titan of Nature's Wrath. So, I don't need mana artefacts or plus one plus one counter artefacts.

Hi WarSpaniel! I will update the description to be more clear about CFE creatures. So, here you have Eternal Scourge, Misthollow Griffin and Squee, the Immortal, which are the CFE (Cast from Exile) creatures.

Any of these creatures goes infinity with Food Chain, example: here you have a little description of the combo. So you create infinite colored mana that can be used only to cast creatures (it's a restriction of Food Chain).

Maelstrom Wanderer itself is not an engine for infinite mana, it's an outlet that can be used once you have obtained infinite mana to search for one of the combos. You can cast it using the mana you generated, cascade twice, and then exile it to Food Chain and re-cast it.

The problem with Maelstrom Wanderer in a cEDH environment is its CMC, as 8 mana is not reasonable. If you are interested in seeing other commanders used with Food Chain you could search for Uro, Titan of Nature's Wrath, or others UGx commander.

However, the true cEDH Food Chain Commander is The First Sliver, which have access to all five colours and is able to combo in the early turns. Others, such mine, are more midrange decks, which I like more :)

Once More With Feeling

storro thanks for the suggestion.

I will admit that The Binding of the Titans is the most hit-or-miss card in the deck. I have it in the deck because

I do like Gift of Paradise tho, I'll have to test that card out in the deck. Thanks again for the suggestion!

dropped to T2.5 even she should be higher now without flash hulk around
2.Tayam, Luminous Enigma

is at T3 with plenty of combos around her.
3.Nethroi, Apex of Death is a T4? he is a bomb in the command zone!

I'd go for Starlit Mantle, if you feel like you miss a protection effect, as it is also an enchantment.

First thing I'd do though, is to find out what you want the deck to do. Is it aggro/beatdown, more midrangey/grindy, control etc.? Right now the deck is kinda all over the place. Many of the cards seem to be here only because they are strong enchantments, not because they have good synergy with the rest of the deck. An aura deck is heavily based on synergy. Standard lacks cards like

The way I see it, you can go one of two ways: