As Frontier Siege enters the battlefield, choose Khans or Dragons.

â¢ Khans â At the beginning of each of your main phases, add to your mana pool. â¢ Dragons â Whenever a creature with flying enters the battlefield under your control, you may have it fight target creature you don't control.

Frontier Siege occurrence in decks from the last year

âIf the sky could dream, it would dream of dragons
by j0shsmith24 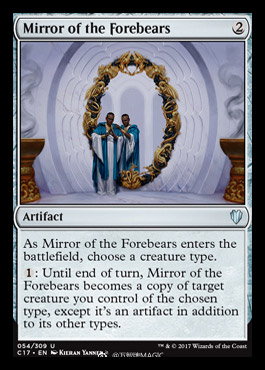 Omg I love this. I've been looking at Atraxa for awhile, wondering if I'd enjoy building a deck around her. This is very thoroughly and well thought out. It sounds very fun to pilot, but also to play against. Your description of Atraxa as a 'bad bitch' made me laugh, and I wholeheartedly agree with you about Frontier Siege.

Hey, I really enjoyed your theme of bringing the story of the movie into the deck.

Going along the flavour of the deck, my suggestions to consider would be in regards to Godzilla's Atomic Breath. Balancing out the need for the cards to be worthwhile, if you were heading along the breath of fire route, would you consider Firebreathing?

I think that you don't need that Doubling Season. Sure, it's always a great card, but I don't think that it has that many synergy in this deck.
There are probably too many mana rocks in your deck. You could exchange some of them for removal or protection spells like Heroic Intervention, Eerie Interlude, Stubborn Denial, Beast Within, etc.
Two cards that I removed from my Ur-Dragon deck were Tyrant's Familiar and Frontier Siege. The first, because I mainly use Ur-Dragon as a finisher, so Familiar would most of the times be 5/5. The second, because although Frontier Siege can provide mana or creature removal, there are also better options than a 4 mana enchantment.
Good card to consider: Golos, Tireless Pilgrim.

Song of the Dryads -> Ram Through