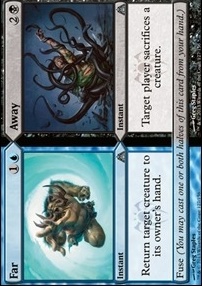 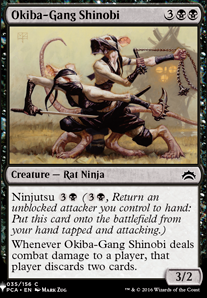 CNeff08 : That card and many others are affected by certain legality bug, there's a whole thread dedicated to that over here

Lanycakes : Far / Away , can't fix that at the moment.

yeaGO could you take a look at this. I'm unable to make any changes to the card in the question(Far / Away). When saving the edit, T/O throws a gatherer ID error at me. The reason this happens is that this fuse card shares the same page with both of it halves on gatherer, therefore they have the same gatherer ID. Wizards themselves uses an extension of the url to refer to each half, ∂=Far and ∂=Away. See Far / Away.

What is Far / Away for? What matches does it come in for?