: Gingerbrute can't be blocked this turn except by creatures with haste.

Gingerbrute occurrence in decks from the last year

King Me
by Gearhead93 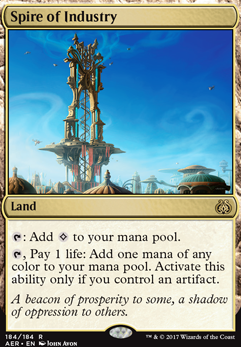 Oh, I almost forgot. You have to find a spot for Gingerbrute. He gains you 3 life per turn and get's in there pretty much all the time when attacking.

Heroic - Whenever you cast a spell that targets ~, reveal cards from the top of your library until you reveal a card that is a kraken, leviathan, serpent, or octopus. Put that creature onto the battlefield, then exile the other reveiled cards.

, : Until end of turn, whenever an opponent is dealt combat damage, return target card that was exiled with ~ to your hand.

I'd like to see a Gingerbrute that has become legendary and can be a commander. Bonus points if you make it a reference to the Eldraine Trailer.

Your comment made my day! I'm glad that you found my primer helpful and that you're enjoying playing Yuriko!

Yep, I'll be adding both Sea Gate Restoration and Agadeem's Awakening to the deck as soon as I get my hands on them. My expectation is that I won't be casting the sorcery side very often, if at all, but any land that deals damage off Yuriko's trigger seems worth it. Another one I plan on adding is Clearwater Pathway.

I think Yawgmoth's Will is a great addition to any black deck. I think the price probably isn't worth the upgrade, but if your playgroup is cool with proxies you could definitely try it out.

I've heard a lot of other players vouching for Gingerbrute in Yuriko. I'll have to give it another try, maybe I underestimated it!

I personally like having 2 cards in the "Burn" category in case one ends up in my hand, that way I can still tutor up the other if I want to end the game quickly. Although Blinkmoth Infusion isn't particularly useful for casting, you can pitch it to Force of Will, Force of Negation or Misdirection since it's blue. I don't find myself ever having enough mana to hard cast Expropriate, but I think Treasure Cruise is a great option if you need more card draw.

As for Gingerbrute, I think it's a great card in cEDH versions of Yuriko since it has haste. But in grindier, damage-focused Yuriko decks, I find paying 1 to make it unblockable isn't worth it, since you could just play something like Mist-Cloaked Herald instead.

In my opinion, Jace, the Mind Sculptor isn't the best fit for Yuriko decks because our creatures are so small and unable to block attackers. More often than not, you'll pay 4 mana to brainstorm on the turn you cast Jace, and he'll be dead by the time it gets to your next turn.

I hope this was helpful! :D

Dre_Doob on Rub a Dub

So Dub is in standard rotation again and I really realllllllly want to make something worth a damn utilizing it. I want to attach it onto Gingerbrute, I've been throwing cards in and out of a prototype but cant get anything to consistently work or make Dub worth it. I'm thinking Idyllic Tutor, Transcendent Envoy, All That Glitters, but I can't think of ways to make Gingerbrute a knight to be worth it. Any ideas/input on how to make him+dub the wincon? Or, if you have any better ideas on how to utilize Dub in standard, I would love to hear them.

Gingerbrute instead of Giant? Untapping with Key works the same, and Cookie Boy can get evasion all by himself.