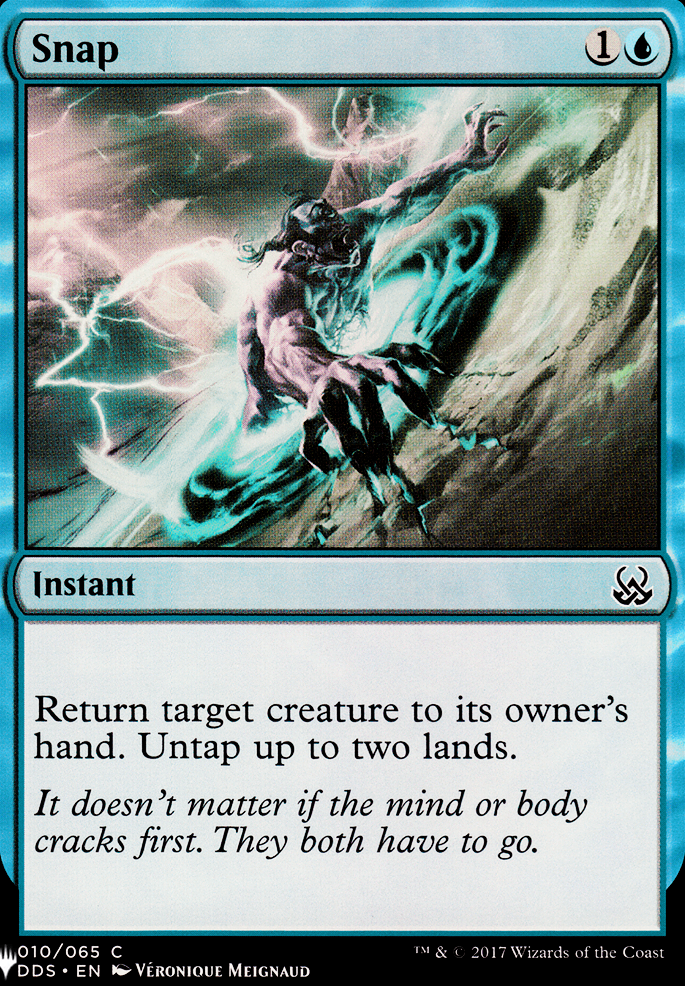 Return target creature to its owner's hand. Untap up to two lands.

Snap occurrence in decks from the last year 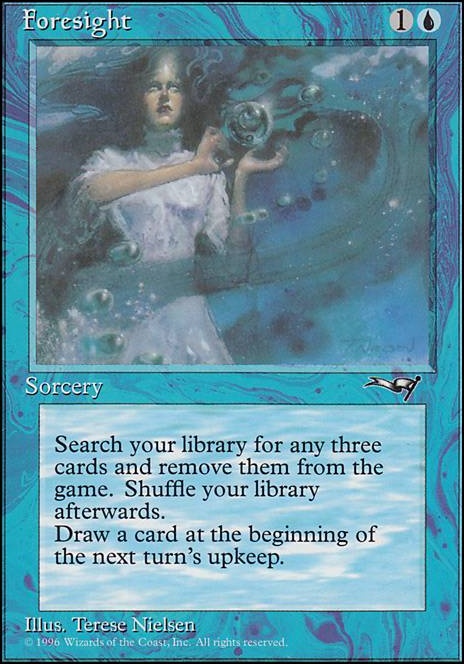 The Dockside Extortionist + Winds of Rebuke + Vadrok, Apex of Thunder line also works with Lore Drakkis, if you consider him playable to recur counterspells/wheels and generate a second potential mutation trigger. Snap is another piece of redundancy for this line.

Daedalus19876 on Mutation in Edh

Okay so, as someone who built Mutate in EDH and is enjoying it immensely --

2) I'm going to have to half-agree with DrukenReaps here. I think Nethroi, Apex of Death and Illuna, Apex of Wishes are the most generally powerful. Brokkos, Apex of Forever and Vadrok, Apex of Thunder are both very good if built right, but are somewhat... odd. Casey4321's Brokkos Infect deck is a menace, and I'm VERY happy with how my own Endless Forms Most Beautiful: Vadrok EDH deck is functioning so far! It's getting much less gimmicky and more focused as I test it more -- it'll never be truly cEDH, especially since I'm only using two of the three potential colors, but it can demolish most midpower and focussed EDH metas.

3) I definitely agree that you NEED to know the rules to play with mutate. It's a bizarre mechanic, which has a lot of odd interactions, and you won't get full value without exploiting the corner cases. But it also allows a lot of fascinating new combos, such as Dockside Extortionist + Lore Drakkis/Vadrok, Apex of Thunder + Snap to generate infinite mana! Or just Kiki-Jiki, Mirror Breaker with Sea-Dasher Octopus ;)