If it's not your turn, you may exile a black card from your hand rather than pay this spell's mana cost.

Destroy all creatures that entered the battlefield this turn. 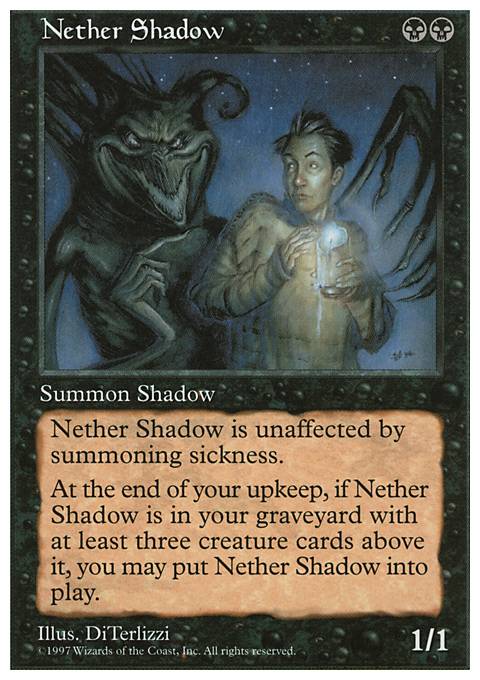 Golos, All My Friends Are Dead
by Mournslayer

I personally wouldn't include Grimgrim in this deck. I see where he could be an interesting include for some people. I just don't want to spend 5 mana on a card that does absolutely nothing until next turn. And when he does do something, he simply destroys a creature.

I like efficiency. So if you're looking for more removal, I'd rather use cards like Force of Despair or Snuff Out in place of him. It's not likely he's going to stay on the board very long in my meta anyways. I'd rather spend 5 mana on something like Conjurer's Closet and kill their creature for free. I'd actually rather spend my Mana on more removal/protection to get into the late game.

Did you think about Dread Presence, Force of Despair, Zulaport Cutthroat, Undercity Informer

The reason why those decks have even more lands is because it's cheap and you will ensure you can cast your commander, just at a slower pace because of the lack of rocks. You can do ad nas, sickening dreams, lands and glacial chasm should you wish as I've seen many simplified builds do so, but adding more ramp and interaction is never a bad thing.

Imp's mischief is a personal pet card of mine for all the reasons I mentioned above. Personally, it helps protect your commander/combo should you be facing blue which, aside from removal in general, is your biggest weakness IMO. I personally don't play cEDH sidisi for the glass cannon reason, it is fast, but fragile. I can send you my Sidisi list if you like, but it isn't ad nas combo at all so I'm not sure how much it would help you. Given other fast cEDH decks, you have a slow start sometimes (notably due to high land count), you need to be able to interact. Slaughter pact is 0 so it works well with adnas and can help ensure you can interact without mana.

For more interaction and ramp, based on EDH rec alone, I have found the following...

Snuff Out - Free interaction is powerful

Force of Despair - See above

Everflowing Chalice - Ramp at any stage and works well with adnas

Your choices of cards should be based on your meta, your availability and personal preference. Just remember, blue is your biggest enemy as they can interact on the stack and stop ad nas. Hell, even tutoring for boseju/cavern and THEN ad nas sets you behind as you need to set up/play around blue with other people are getting stax/control pieces or rushing to their combo.