cEDH - Yuriko: The Oracle
by Rad_Hazard

The Uchiha Clan
by JadonSL 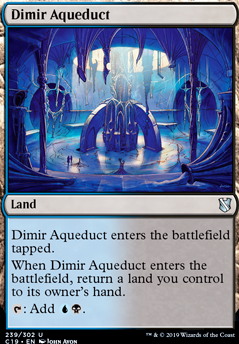 I understand that. I'm aware that all of the creatures mentioned above die to removal, but I'm measuring the difficulty that opponent might have dealing with the creatures using said removal, and also measuring the impact that the cards can have on the battlefield relative to the turns they stick in play. Mist-Syndicate Naga feel like a card that if left unchecked, has the potential to run away with the game on its own, like a Goblin Rabblemaster . Brineborn Cutthroat can be checked by the premier removal spells of the format even after getting many +1/+1 counters. Maybe it could be argued for that reason that the Brazen Borrower in not as good for closing out the game as the Ninja, but the added interaction from the Adventure spell, and the Flash & Flying attached to a 3 powered body is very good compensation.

Thanks for the suggestion but the fact that spot removal spells like Fatal Push and Path to Exile are so prominent in Modern, Brineborn Cutthroat feels a bit inferior than the Mist-Syndicate Naga since it only takes one hit from it to get out of control. A huge Cutthroat can still get wrecked by really cheap spells and will still trade as a 1 for 1 in Modern. Truth be told, I'm looking out for the Brazen Borrower as the perfect card for the slot when it comes out... that card seems bonkers... What do you think about that option? I could even run 2 Borrowers and 1 Ninja and get some sweet occasional Ninjutsu value, since the Adventure part on the Borrower is some really needed interaction for pests that slip through the counters.

1) I know you say the curve is low... but itâs not that low, you still have a 4-cost ninjitsu. 18 mana is more what burn plays... see how it goes but i think you will be wanting at least 22 lands.

2) i think Fetid Pools is a mistake. Itâs too slow and youâll seldom have the resources to warrant cycling. Use the UB fastland.

3) I donât think Azra Smokeshaper is any good. Mist-Syndicate Naga , Throat Slitter or Ninja of the Deep Hours all feel a lot more playable than him.

4) some of your non-creature spells seem bad... actually everything except for Opt . You can run better killspells in the form of Fatal Push . Blue has many much more effective 1cmc drawspells than Night's Whisper. Dispel is probably more practical than Negate , but it really depends what youâre trying to counter (either way, thereâs better options than Negate). Your enchantments would be better served as more 1-mana disruption and killspells so that you can get to swinging with ninjas quicker

also, really like your explanation for Mist-Syndicate Naga and i swapped out Moonblade Shinobi for it in my deck

What, no Ninjas from Modern Horizons? you should add some of the good ones, such as Fallen Shinobi , Mist-Syndicate Naga , or the best Ninja, Changeling Outcast !

Excellent ideas, thanks! I might try running 2x Cathartic Reunion and one more Alesha as I have those cards already. It might be a small investment that could really increase the chance of getting Master out earlier.

I actually didn't think about the fact that Mist-Syndicate Naga also works with Tetsuko due to toughness 1, that does make it better.

Changeling Outcast, maybe maybe. I've had some use of both Slither Blade and Ornitopther having toughness 2. Worth trying out.