Companion â Your starting deck must contain only cards with even converted mana costs. (You may reveal this card from outside the game before you start and declare it as your companion. If you do, your deck must follow the companion's restrictions. You may pay to put this companion from your sideboard to your hand at any time you could cast a sorcery. This action can't be interacted with or countered. You may only choose one companion for your deck before the start of each round.)

When Gyruda enters the battlefield, each player puts the top four cards of their library into their graveyard. Put a creature card with an even converted mana cost from among those cards onto the battlefield under your control. 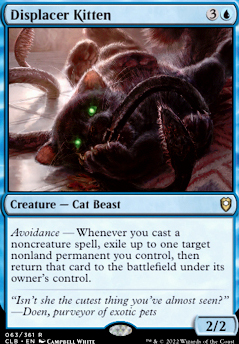 seshiro_of_the_orochi on Adopt a pet

I've been considering building Sidisi, Brood Tyrant with Gyruda, Doom of Depths as a seamonster tribal for like a year now. No Koma, Cosmos Serpent there, unfortunately.

You are that ninja!

shadow63 on New hubs to be added

legendofa maybe use theft for Mind Control and Act of Treason effects. I'm surprised Clone doesn't have a tag already. Especially with the Gyruda, Doom of Depths deck 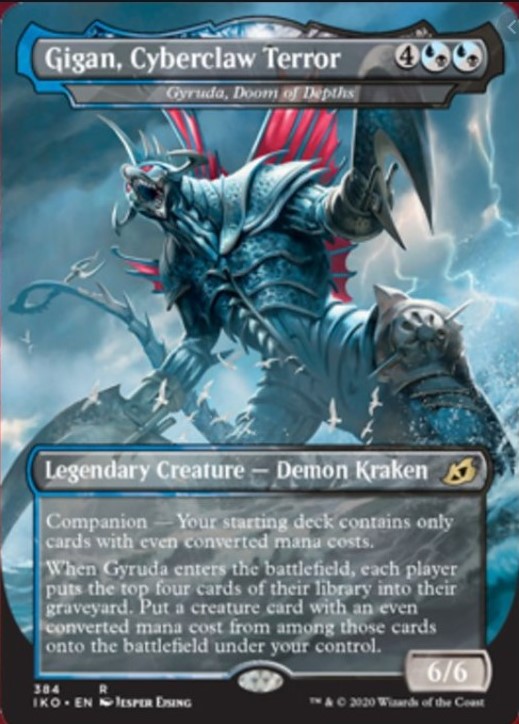 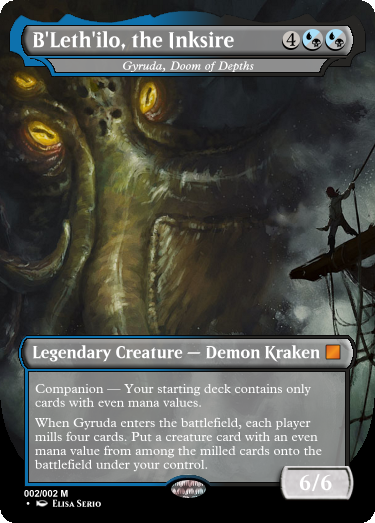