The Great Catsby
by Shoopis

Recently built my own Teysa Karlov deck after a ~2-3 year hiatus. Glad to see it pop up again! Wanted to say thank you for the inspiration!

Iâm assuming cards like Requiem Angel and Divine Visitation are too mana-intensive for the deck? Theyâre all-stars in mine, and allow me to pop off, even on their own.

Just wanted to drop by to say some kind words!

Tyrant's Familiar can be a power finisher in this kind of deck. Tragic Arrogance would serve as a fantastic board wipe option for ya. With all your token generation Divine Visitation could serve you here.

I don't know if you're aware, but Bishop of Wings makes infinite life with Divine Visitation and a sac outlet. I know that's really the point of the deck, but its still pretty fun.

Archetype of Aggression is an underestimated card, people think it's best for aggro, but it is clearly better in that kind of deck with 1/1. I really like that, good pick.

I'm not really sure about the Divine Visitation, it is not a "may", it changes every tokens you make, so your little shrines too.

The Bears of Littjara is good but not the best in this deck (just my opinion), if you have chosen it for the blocker there are better ones, same if it is for the removal. If it is because the token has "changeling" then it doesn't work with "shrine", it is an enchantment type.

I see that you are not going pillow-fort despite doing an heavy enchantment deck, is that a choice or did you forgot about Propaganda, Ghostly Prison and especially Sphere of Safety? Shrines are good passive wins, so pillow-fort is a strong way to stay alive while waiting for that victory. I also like Tainted AEther to make the number of creatures on the board stagnate, and/or No Mercy which is awesome in p-f since your opponents can't attack you with all their creatures they will send you their best ones, so they can't do that every turn with No Mercy.

Last thing, why not the Honden of Night's Reach? It is one of the best, preventing your opponents to get card advantage AND taking advantage of their graveyard with Animate Dead, Dance of the Dead and Necromancy, since they can taget in any graveyard.

DemonDragonJ on How do Chatterfang and Divine â¦

If a player controls both Chatterfang, Squirrel General and Divine Visitation, and then creates a token, what happens? How many and what type of tokens do they create?

I'd like to recommend Divine Visitation. It works really well with all of your token generation, and can let you sweep the board with bigger threats. 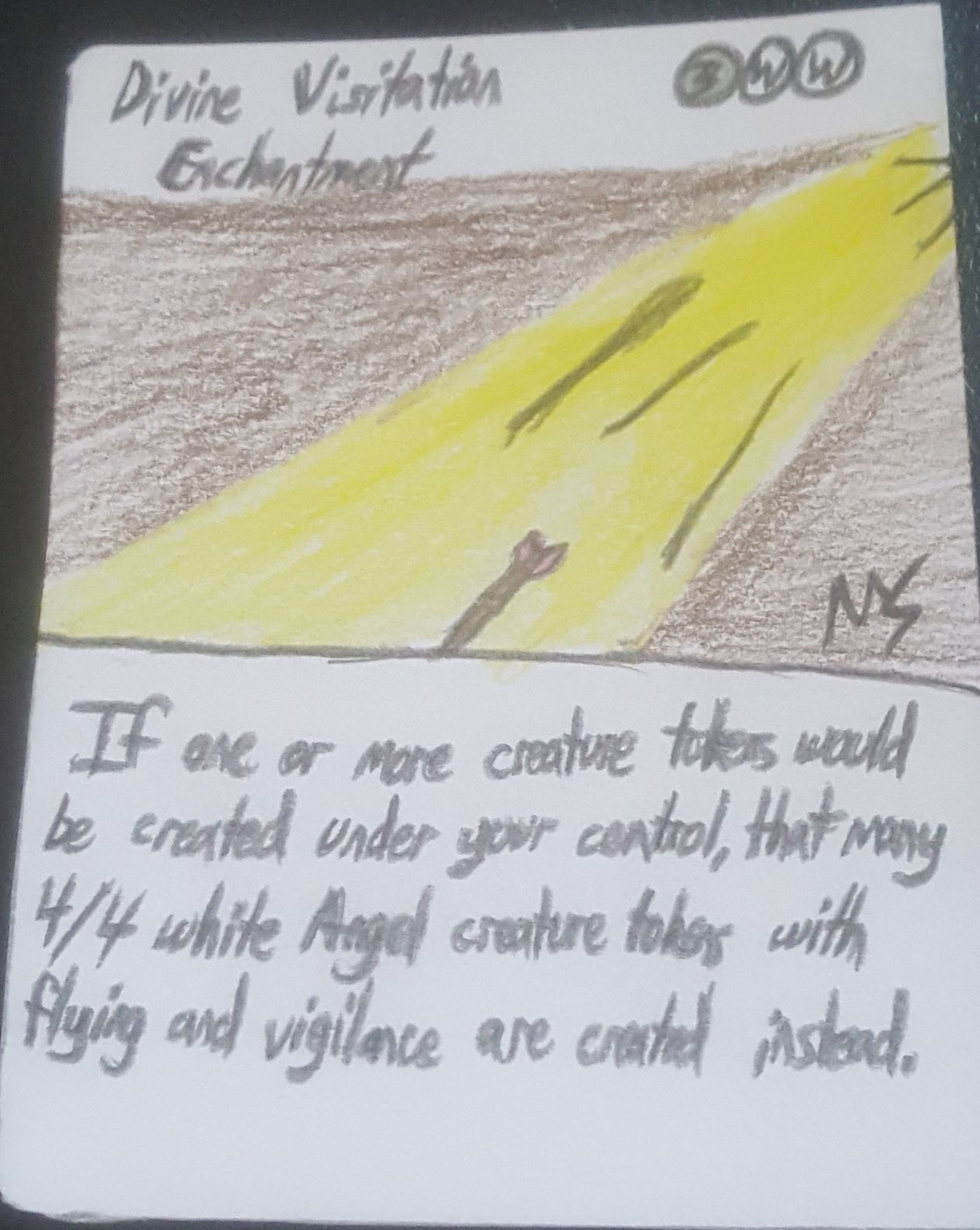