, : Draw two cards, then discard a card. Create a 1/1 colourless Pilot creature token with âThis creature crews Vehicles as though this creature's power were 2 greater.â

Crew 8 (Tap any number of other creatures you control with total power 8 or more: This Vehicle becomes an artifact creature until end of turn.)

This can be your commander.

Still think Shorikai, Genesis Engine should be a higher tier just because of the sheer amount of stax and card advantage that mech creates.

Immediately after posting this I thought of my Alela vehicle deck, which makes a liar out of me. It came about because both Greasefang, Okiba Boss and Shorikai, Genesis Engine looked fun and they shared a color and overall theme. So, still building decks around cards that I find to have interesting abilities. In some cases those cards are not the commander and the commander is chosen for colors and support.

By the way, in "Strixhaven & Commander 2021", it says the "Galazeth Prismari = Cool new Izzet commander who can break parity with cards like Stasis Trinisphere, pretty similiar to Urza but way worse!" Trinisphere is really really not a good idea, I mean its ok, but really not worse the slot

I'm excited about Shorikai, Genesis Engine, the first artifact commander, I wonder how is it a Tier-3 commander? is that because of in-built card advantage? 1 mana for one card is ok but not great, or because of some combo?

JANKYARD_DOG Actually, I had thought about that as well...

Enter the Mind of Epicurus

So, the impetus of the deck was the idea that Alela would provide the "pilots" for the vehicles. That's really the long and short of it. Now, a much simpler way to accomplish the same design would certainly be to have Shorikai, Genesis Engine as the commander. However, I'm painfully incapable of doing things the easiest way. It's kind of a combination of the hipster gotta-be-different mentality, and an involuntary, OCD tendency to overthink absolutely everything. Also, I wanted to include black for the removal options.

This being the case, I included Bitterblossom on the list as an additional option for creating tokens to crew the vehicles. Like you, though, I don't know that it is necessary, and might only serve to lose life. So I therefore totally understand where you're coming from, and you're probably correct.

One other thing I've considered is including more boardwipes. Like, a lot more. The reasons should be obvious; the vehicles are not creatures, so they wouldn't be affected. If I did that, then Bitterblossom would make sense to keep, because it's an enchantment, while the commander is a creature, which makes the commander susceptible. I've even considered not only keeping Bitterblossom, but even adding Dreadhorde Invasion and/or other noncreature token creating permanents, based on the same logic. That would push the theme toward a much more Stax build, rather than midrange, which it currently is (I originally had a slew of tax effects on the list, but there wasn't enough room for enough of them to be effective; some tax effects, like prison effects, for example, don't really work as a subtheme unless you have a lot of them).

The issue, therefore, is in the thematic identity of the deck. Like I said at the beginning, the impetus of the deck was the idea that Alela would provide the "pilots" for the vehicles. That's truly, seriously, all I care for the deck to do. Whatever it does to a) facilitate that end, b) sustain it's presence, and/or c) compete, and maybe even actually win, are absolutely malleable. In other words, I'm open to fundamentally redesigning the entire deck, if it makes what I'm trying to do more effective. I'm not married to this list as it is, and I'm open to any suggestions that would give it more of a tangible identity.

Tl;dr - What would you say to leaving in Bitterblossom, adding even more noncreature token producing permanents, and running like 3 times as many boardwipes?

I knew someone was going to try this, and I love it. I have not made a deck yet, but I made a render for Shorikai, Genesis Engine

inspired by the series a while back. 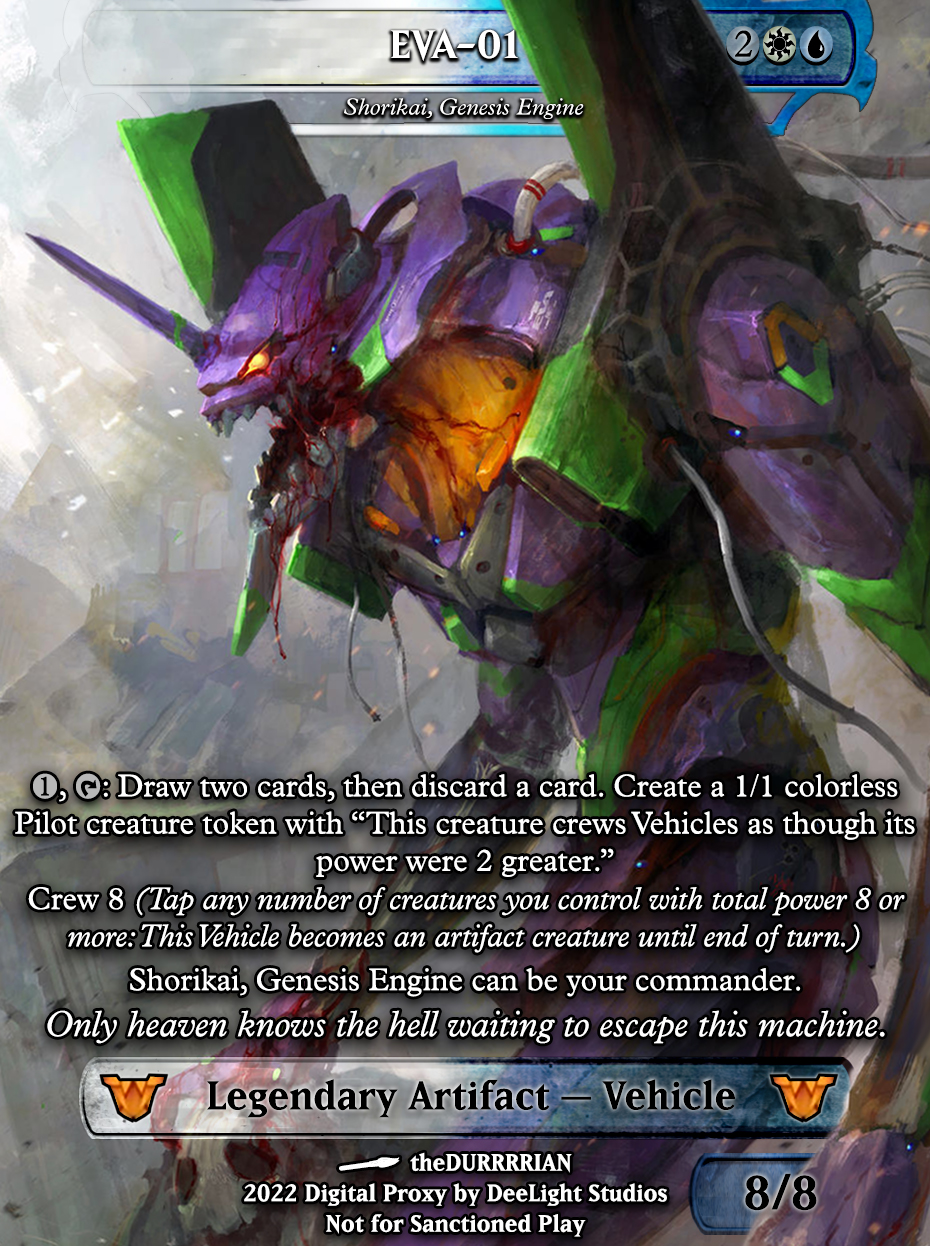 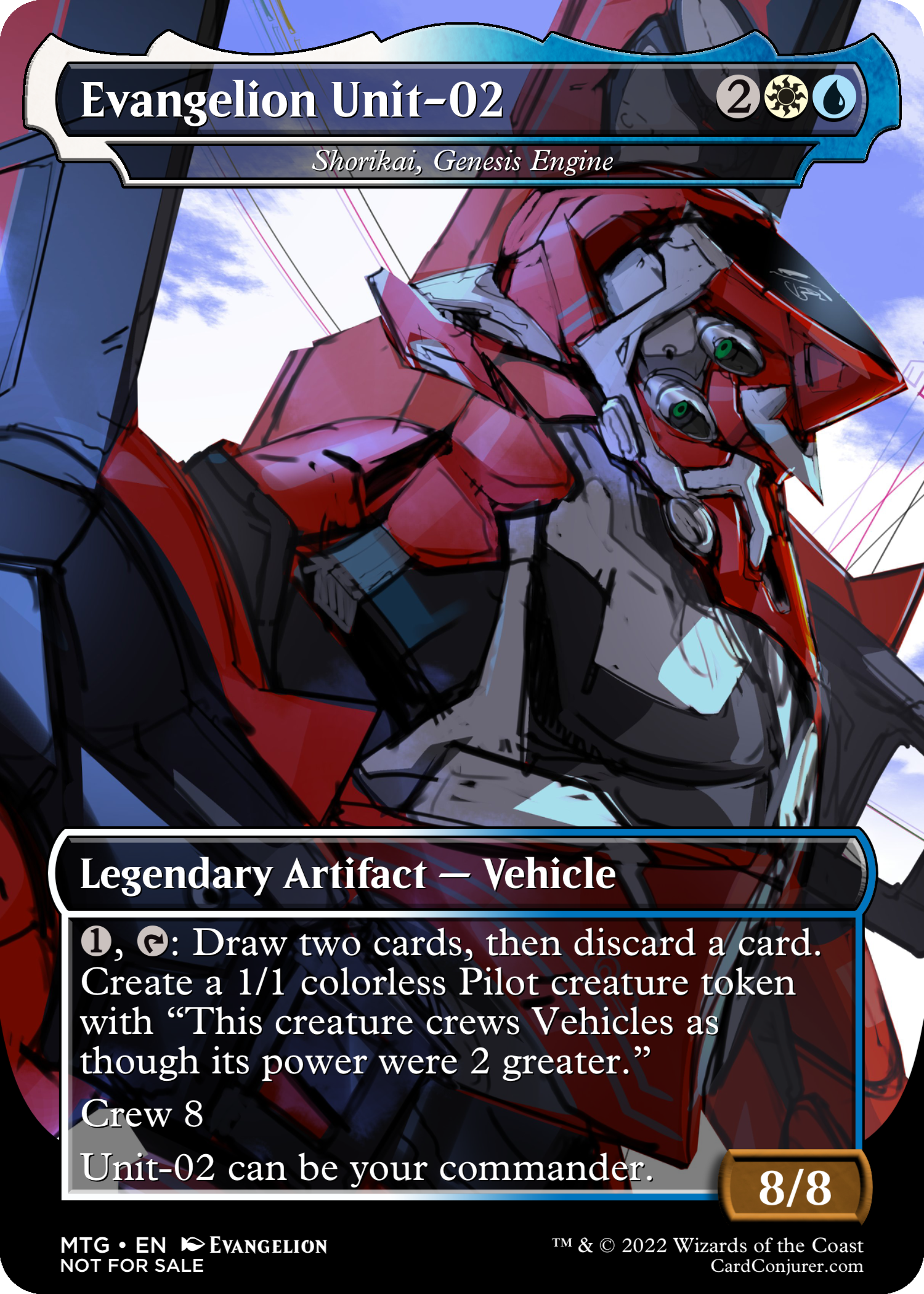 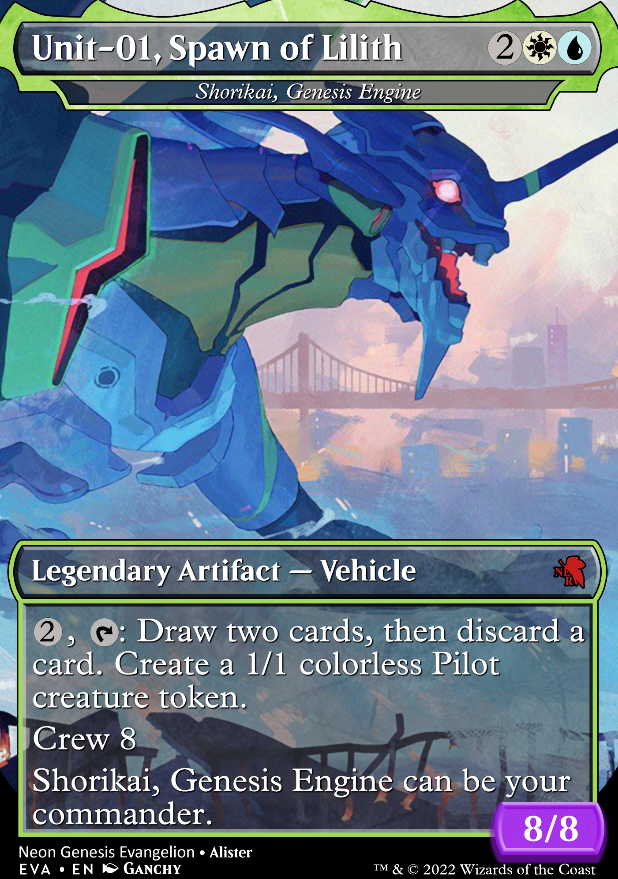 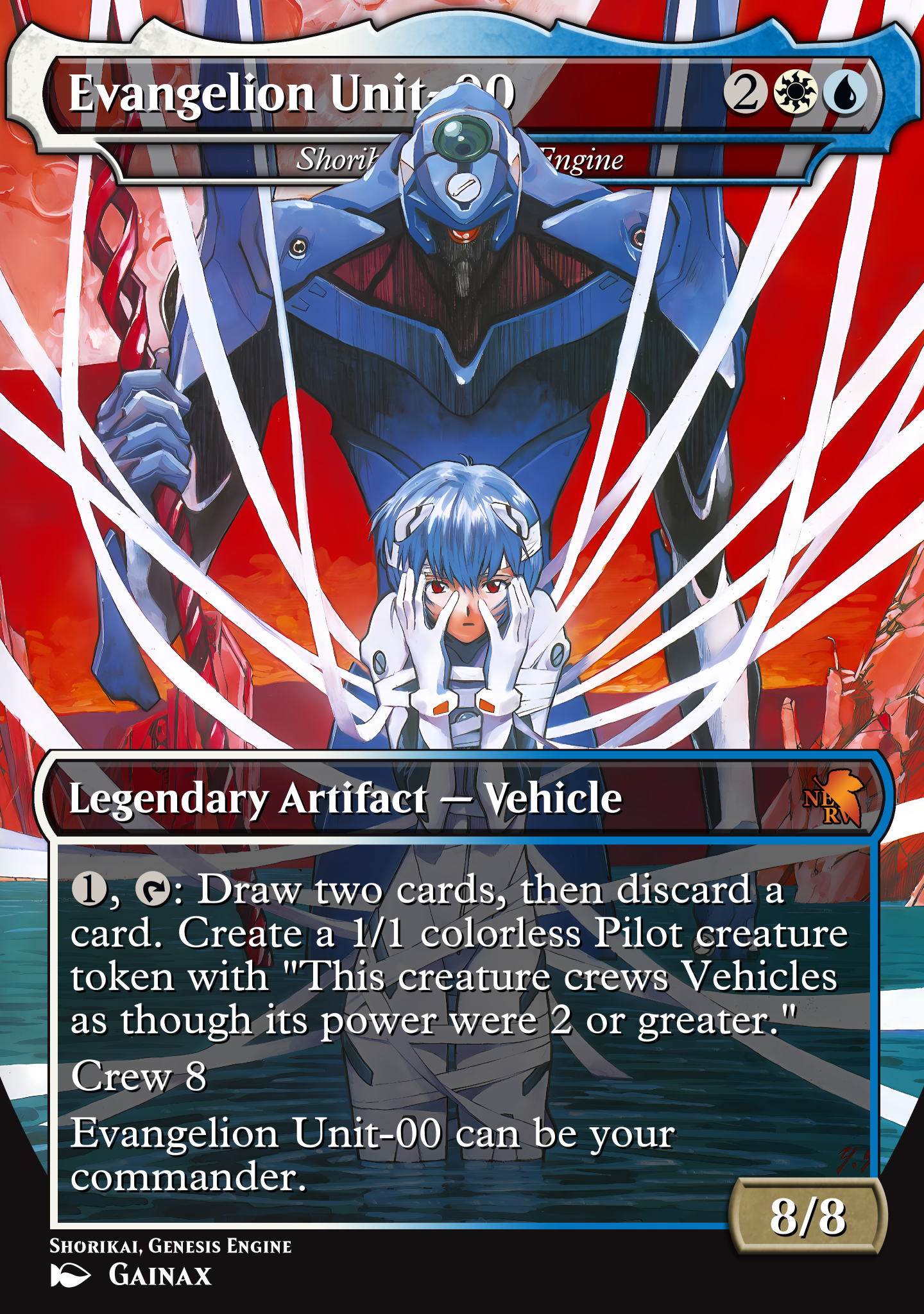 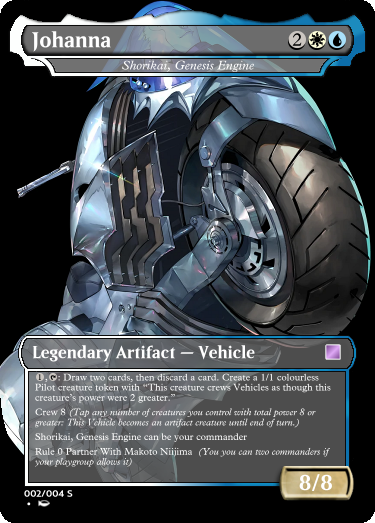 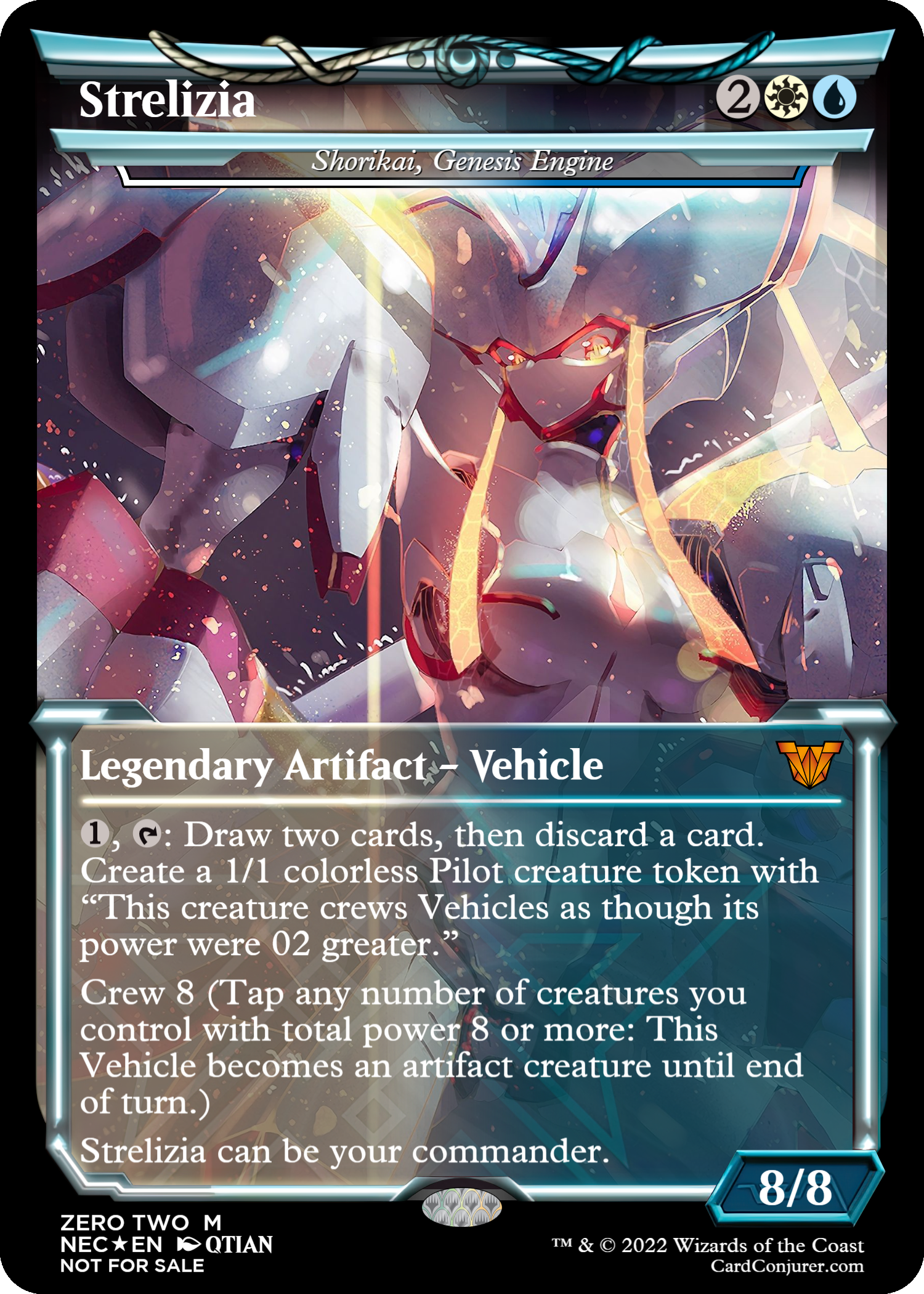 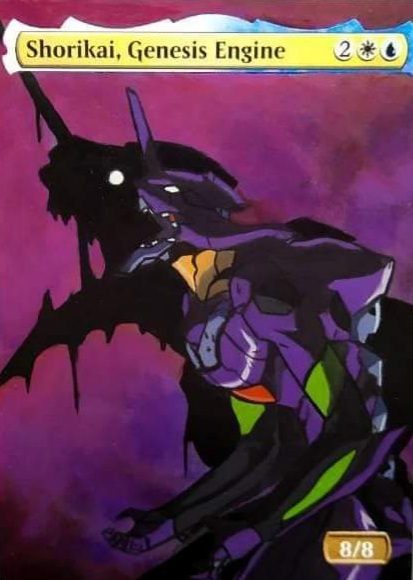