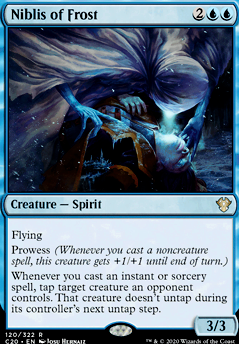 Prowess *(Whenever you cast a noncreature spell, this creature gets +1/+1 until end of turn.) *

Whenever you cast an instant or sorcery spell, tap target creature an opponent controls. That creature doesn't untap during its controller's next untap step.

Drakes on Parade
by backinstep 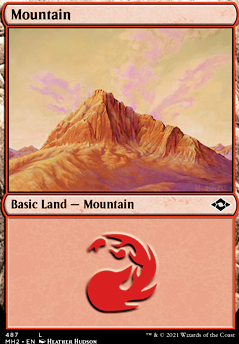 Yeah, that could work. I would replace Monastery Swiftspear with Niblis of Frost However, I think Guttersnipe should stay in the deck.

Love the deck so far! Mono blue has always had a soft spot in my heart. I'm going to do some testing with this tomorrow and swap out quench for Spell Pierce . Sure it's only noncreature, but its a single blue which allows you to play most of your deck on tempo and still have a counter up. Mana can be tight turn 2,3,4,5. I'm also going to swap out the 2x Niblis of Frost (By the time this card can go off, you should be closing the game out) and 1x Harbinger of the Tides for 3x Master of Waves . I know the card isn't super cheap but man this thing will close out games almost instantly. Also I'd go ahead and try and get some Essence Capture and Disdainful Stroke in your sideboard.

I will get back to you tomorrow after I test.

Possible upgrades for your deck-

â*â denotes Cards that your fellow players will not be a fan of...