Piru the Volatile destroyer
by roarktheurwyvern

Another thing to consider is that since you have so many indestructible creatures, you may want to add a lot of board wipes, such as Wrath of God, Damnation, Damn, Blasphemous Act, etc.

@Swebb87 - Yes, even if Damn was overloaded (which is an alternate cost, not an additional cost btw), it wouldn't have changed the order that things resolved in the situation. Myojin of Grim Betrayal would have been indestructible due to having the indestructible counter on it when Damn resolved. The only possible change in the situation would be Player 3 getting more creatures.

Q1: Player 3 is able to get Guile by using the activated ability of Myojin of Grim Betrayal in response to Guile's triggered ability being put on the stack when it is put into the graveyard.

Q2: I'm not sure what you mean by this question, but there is nothing mentioned in your scenario that allows a player to choose how something resolves.

Since you might have misunderstood how things happen, hopefully this will clarify things better:

After Damn resolves, it is no longer on the stack. When the game checks state-based actions here, it sees that Guile was put into the graveyard, so Guile's triggered ability triggers and is put to the stack. Player 1 (Active Player since it is their turn) passes priority. Player 2 passes priority.

Player 3 activates Myojin of Grim Betrayal's ability and puts it onto the stack above Guile's triggered ability. All players pass priority.

Myojin of Grim Betrayal's ability resolves. Guile and whatever else was put into the graveyard this turn is put onto the battlefield under Player 3's control. All players pass priority.

Hi, player 1 casts a Damn, it resolves, then in response to the effect, player 2 states they will shuffle Guile into their library and passes priority, in response player 3 removes the indestructibility counter from Myojin of Grim Betrayal and states they will put all creatures onto the battlefield, including the Guile

Question 1. For player 3 to respond to the Damn it would go on the stack last and resolve first, which means player would get the Guile ?

Question 2: does player 1 get any choice in how it resolves with regards to passing priority etc? 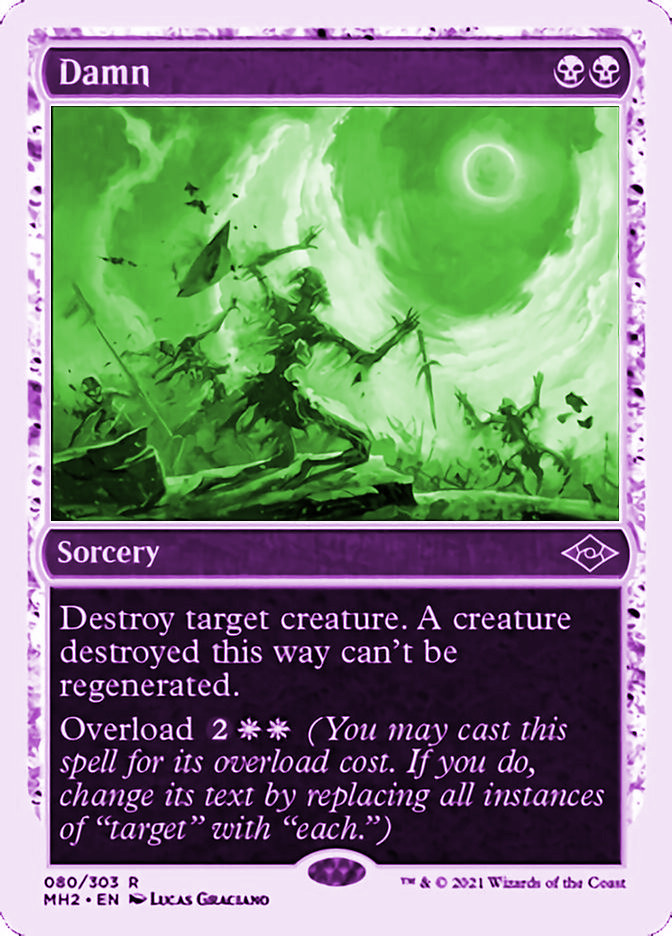