Companion â Your starting deck must only contain cards with converted mana cost 3 or greater and land cards. (You may reveal this card from outside the game before you start and declare it as your companion. If you do, your deck must follow the companion's restrictions. You may pay to put this companion from your sideboard to your hand at any time you could cast a sorcery. This action can't be interacted with or countered. You may only choose one companion for your deck before the start of each round.)

When Keruga, the macrosage enters the battlefield, draw a card for each other permanent you control with converted mana cost 3 or greater.

Keruga, the Macrosage occurrence in decks from the last year 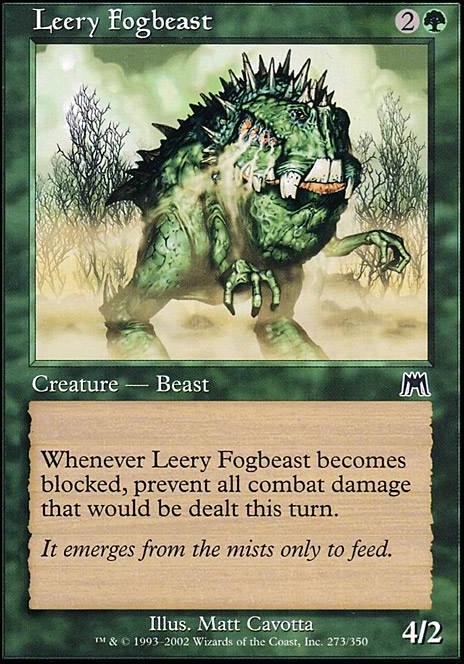 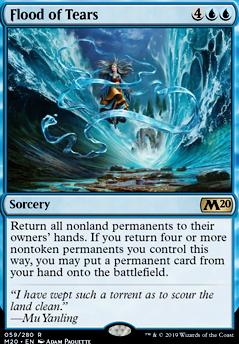 An ever seemingly fleeting goal of mine is to own a deck in each of the 32 color combinations.

While I do not intend to proxy entire decks out, I at the very least want to own a physical copy of each card. That way when I use something such as a Badlands in one deck, I can proxy it out for all decks. Then, I can keep my Badlands secured in a case for protection.

I know, it might seem silly. If I am okay with doing the proxy thing, why not just do it and not even buy the Badlands at all?

Honestly, for me, it's a goal to strive toward. An accomplishment, if you will. Knowing I was able to invest into and build with a game I enjoy and love so dearly.

However, my issue isn't financial. It's both time and dedication. You see, I lack the physical time to even play the game. I work 60 - 80 hour weeks and routinely work 13+ days in a row. Technically this is illegal, but technically I also show up and my boss lets me. Most I've worked in a row was 23 days. Most hours I've worked in a single day was just over 16. Most I've done in a week was just under 83 and a half.

Honestly, I just enjoy working and I enjoy making money and I love my job. But, I also have zero free time to actually do anything aside from come home and mess around online for a few hours before going back to bed and doing it all over again.

But even if I had the time, just by working fewer hours, I also lack the dedication. For me, I get too bored, too easily. I'll begin to build a deck and either become disinterested in the core concept, grow tired of filtering through all of MTG's database for cards that hold synergy or create combos, or find that the power level is insufficient to my liking. All of these, especially the latter, result in the dissolvement of the deck and I move on.

I struggle to find Commanders that I legitimately enjoy enough to want to play over and over again, much less actually build into.

Currently I have three or four decks in the works and all of them have ground to a halt. These are;

Sometimes what I'll do is playtest decks on here for Commanders I find interest with, but unfortunately when I playtest them, they usually lose to some of the other decks I have. I'm not sure if I make mine too strong or if I am picking ones that are too weak. I know it isn't a matter of "not understanding the deck". It's pretty easy to read the bio and learn the combos and key elements. Plus, over time you sort of know what to look for.

Eh. I might be stepping out of MTG here shortly. MTG sort of requires a certain trifecta to work.

Money isn't an issue. But the other two I am seriously lacking in. So, it makes it nearly impossible to justify the money element. That, in turn, makes me lose my passion even more.

Kind of a dead hobby at this point. Shame. Guess it was fun while it lasted, though.

If I want to choose a companion for a commander deck, does it have to fit into that commander's color identity?

As an example, could i have Keruga, the Macrosage as companion to an Izzet deck?

Hi. Can we talk. I'm literally building this, independent of you. Lol But I have questions. I don't know how updated this list is. Would you consider: Jori En, Ruin Diver Rashmi, Eternities Crafter Nikya of the Old Ways Purphoros, Bronze-Blooded Goreclaw, Terror of Qal Sisma

But most importantly, I started building the deck because of Zara, Renegade Recruiter

What is your input? What do you think?

abby315 on Sakashima, of a thousand faces â¦

Are you committed to the colors/partners? I feel like the new Kodama of the East Tree would be a very good partner choice. You lose black, but Kodama is busted and very good in multiples!

And final note: If you could find a way to make Linessa, Zephyr Mage work in commander, it'd automatically be a fantastic deck.