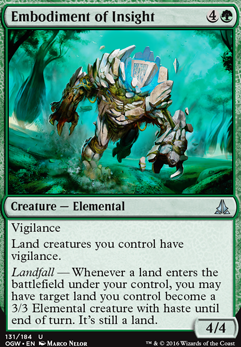 Land creatures you control have vigilance.

Landfall â Whenever a land enters the battlefield under your control, you may have target land you control become a 3/3 Elemental creature with haste until end of turn. It's still a land.

Embodiment of Insight edh0.5isb
by elfy13

The Elements Rise Up
by Barcoo

K&T of Landfall
by allgooddogs

Awaken the Lands
by warshipgod_2 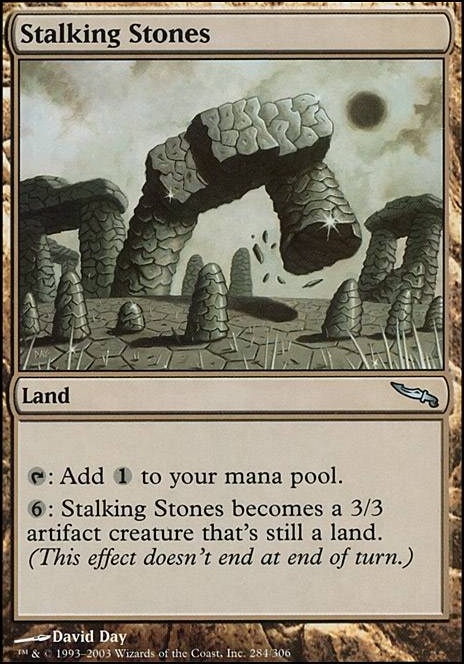