Whenever a creature you control deals combat damage to a player, draw a card.

All About Dem Gains
by Ulincy84 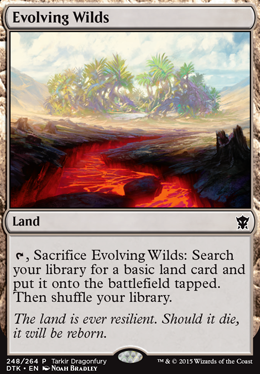 Beast Whisperer, Ohran Frostfang could work well in your masterpiece.

Side question: how has Ohran Frostfang worked out for you? I'm making some edits to my Sultai Sidisi deck and trying to make it more consistent, while being aggressive. Sidisi Deck: Citizen Kane

Oakhame Adversary - Seems weak. If you actually get to keep a boardstate for 3-4 turns, then I'm surprised. No real synergy.

Ohran Frostfang - Fills a similar function to above, albeit costing more, gives you multiple draw triggers and everyone death touch

Kamahl, Fist of Krosa - Not needed but fun, Kamerot just reminded me :D

Garruk's Uprising might be a good fit to add some draw. You might consider Keeper of Fables as a budget option, since you have lots of tramplers you are likely to get through. Ohran Frostfang is a nightmare in a deck with lots of trample, as a trampler with death strike only needs to deal 1 damage to a creature to kill it, meaning lots of penetration and lots of card draw.

End-Raze Forerunners is a very budget finisher, but it can be good enough to clear out 1 dangerous opponent in a multiplayer game while giving all your alpha-strikers vigilance.