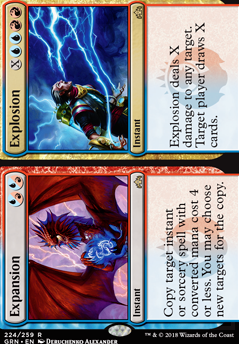 Copy target instant or sorcery spell with converted mana cost 4 or less. You may choose new targets for the copy.

Hey, nice upgrades for the precon on a budget.

As thefiresoflurve commented you adding a wincon. By adding Ral, Storm Conduit and Expansion / Explosion(Expansion) you have, maybe without realizing it, added an infinite combo that uses Ral's static ability of damage to opponent as the wincon.