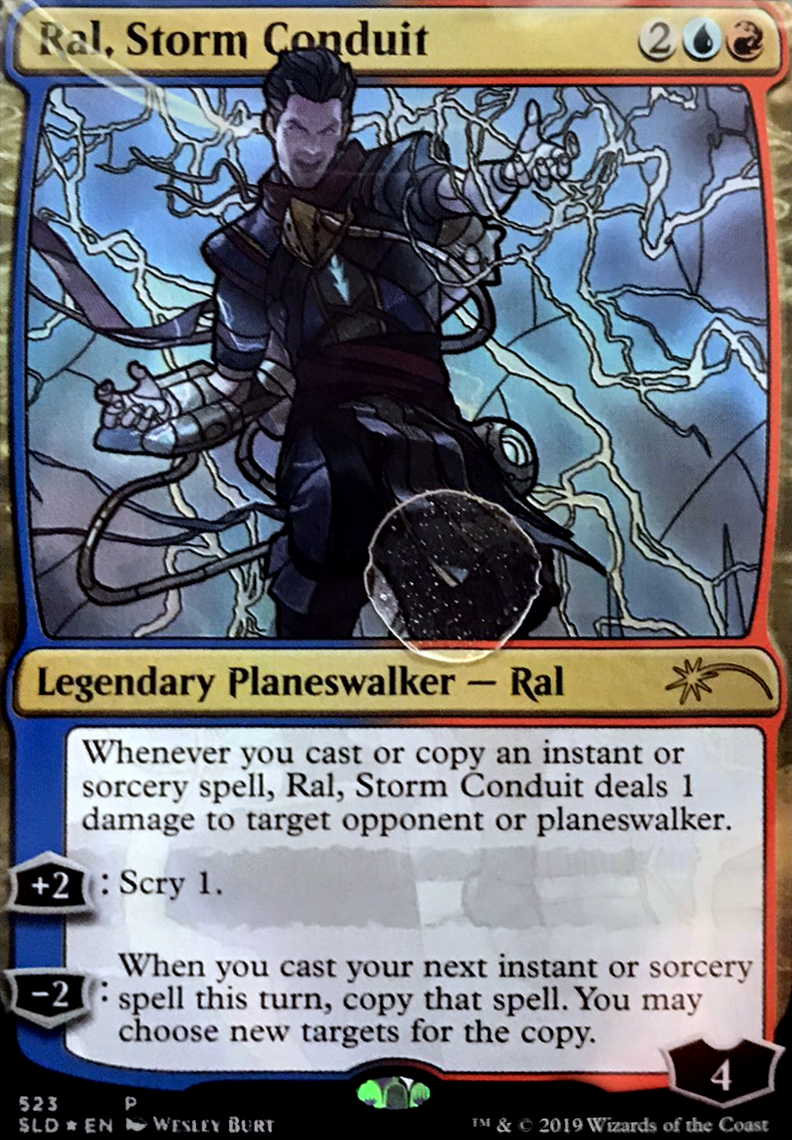 Whenever you cast or copy an instant or sorcery spell, Ral, Storm Conduit deals 1 damage to target opponent or planeswalker.

Can I get a copy of that? - Sevinne flashback
by Sweetwaffles 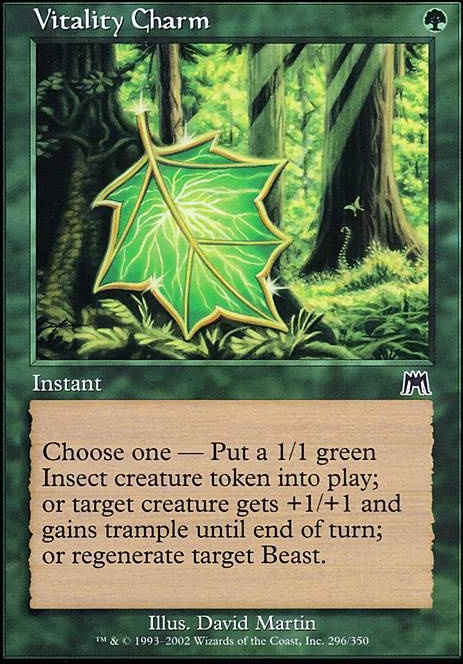 hejtmane on Which Card is Best For â¦

The issue with Swarm Intelligence is mana cost I had it but that 7 mana was so prohibitive unless you had a ritual in hand you cast it tapped out and nothing even with fast mana why I went to double vision I got more value and easier to get out then swarm.

Thousand year storm is not worth unless you have a lot of rituals and 1 cmc spells was the first one i pulled from the deck rarely got value because it does not count top and other cards in the storm count so very underwhelming for a 6 cmc. Thousand year is a very dependent on deck construction does works while with Ral, Storm Conduit

I would take out Chandra, the Firebrand for Ral, Storm Conduit I would take out Goblin Rally I would look at this website for upgrades link text if you are on budget there is a budget verson that would help you.

Hey, good job so far upgrading the precon overall on a budget. Some interesting expensive price card choices such as Ugin, the Spirit Dragon and Azusa, Lost but Seeking .

Ral, Storm Conduit is an excellent budget card with Kalamax. It's a source of many repeatable effects and it can be a win condition with Kalamax via damage with a Fork such as Expansion / Explosion . Return of the Wildspeaker is a $1 at CardKingdom and it's mode to draw based on the power of Kalamax can draw a lot of cards.

Instant Forks such as Reverberate are the effects that break Kalamax because they can put infinite +1/+1 counters on him which gives him infinite power and toughness. The way a Fork works with tapped Kalamax can be confusing since it uses the stack, but if you're interested to learn more about this powerful interaction I offer more advice about them.

Springleaf Drum , Holdout Settlement and Survivors' Encampment are budget cards that can tap Kalamax or any other creature you control to make any color of mana. Having ways to tap Kalamax without attacking is helpful because sometimes you can't attack or don't want to attack, would rather keep Kalamax to block, but you still want Kalamax to be tapped.

The precon lacks ramp. Not enough efficient low mana cost budget ramp sources such as Izzet Signet , Simic Signet and Gruul Signet . These two drop Signets can help to cast Kalamax with color fixing and ramp. Most manabases of precons are subpar with lands such as Rupture Spire and can be upgraded with more budget lands that enter the battlefield untapped such as Holdout Settlement , Survivors' Encampment , Yavimaya Coast , Shivan Reef .

I offer more advice including cuts to consider. Would you like more advice? Good luck with your deck.

DemonDragonJ on How Many Times Will a â¦

If a player controls Riku of Two Reflections , Ral, Storm Conduit , and Twinning Staff , casts an instant or sorcery spell, and then copies that spell three times, once with Riku, once with Ral, and once with the staff, how many additional copies will the staff generate?

I need to put in more protection equipment as you can get set back fairly hard if someone kills Kalamax before you get value. However I only play once a week so I dont get that many games to iron out the wrinkles outside of brainstorming.

Personally I never felt the need for counterspells. They get 0 value off Kalamax & are only relevant to protect Kalamax so Id be better off playing something like Veil of Summer . My playgroup doesnt like playing lame cards such as Torment of Hailfire or aim for Thassa's Oracle + Demonic Consultation combos so usually someone actually needs a boardstate in order to win. I even took out Ral, Storm Conduit because it was just too easy to pull off & unsatisfying. So this deck is more focused on dominating the board to slow down your opponents until you can find your way to a win-con.

If your playgroup enjoys playing cards/combos that require 0 boardstate in order to win, than I would recommend some counterspells