Jaya's Immolating Inferno deals X damage to each of up to three target creatures, players and/or planeswalkers.

Jaya's Immolating Inferno occurrence in decks from the last year

Saheeli - Great Old Ones and Tales of Other Things
by airbornezenith 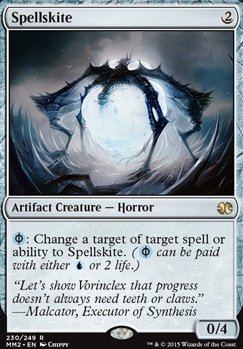 I have been wanting to try to design a Superfriends deck, and there's a wealth of suggestion here. Thanks!

I would recommend the following:

And I'd be interested to see if spells like Flame Wave, Bonfire of the Damned or Jaya's Immolating Inferno would be better for you than the total creature wipes. You have plenty of token production and can survive the wipes, but if you could keep your own creatures too, it might be even better. I admit that this is totally speculative.

Wowee do you have any more information on the EDH variant with sheriffs and outlaws?

Also my advice for playing Aggro in 3 or 4 or 5 or any number of people pods is to run effects that splash damage to other players or that slurp the entire board of life at once. I have been brewing and playing Adriana, Captain of the Guard with lots of extra combat step cards in order to try to solve the aggro problem. You keep the melee triggers from previous combats, so the first combat everything gets +3/+3, second combat its +6/+6, so forth. Other combat oriented decks I've seen that are successful use combat almost like a combo payoff. I'm sure most people are aware of

I also recommend looking at cards like the new Tectonic Giant which hit all opponents. Compare to Inferno Titan. The giant is coming out on turn 4 instead of 6. It has 3 power and does 3x3 damage each attack for 12 per attack without combat bonuses. Inferno tit is doing 6+3 for 9 total, although it has firebreathing. Cards with extort like Blind Obedience are another good way to go because they expand well into multiplayer formats. Gaining 4 life and taking 4 away from your opponents collective 160 (if you in a 5 player pod) makes a big difference for 1 mana.

My final pet card mention would be Jaya's Immolating Inferno. This is some straight up efficiency for EDH and my go-to X spell in EDH aggro.

CommanderCraft 22 hydras sound good. with rosheen I find you can really go tall. Try and find ways to double power. double strike and xenegos are really good but you can more or less fall on top of people with a 20/20 hydra without much effort. I would definitely try and run more spells like Banefire or Jaya's Immolating Inferno since you can really catch people off guard with it.