Whenever Boros Reckoner is dealt damage, it deals that much damage to target creature or player.

Whenever an opponent casts a spell, you gain 1 life unless they pay 1 life.

Whimsical in nature, many authors and historians believe the Fae races to be elegant and childish. Oh how wrong they've always been.

So on Ravnica, we have many races and usually specific ones find their home in specific guilds. For example, you're most likely going to find an Elf, Dryad or Loxdon in Selesnya. Or a Goblin in Gruul or Rakdos or occasionally Izzet. You'll almost always see Vedalkin in Azorius. Or how I don't believe we have ever had a Gorgon who wasn't tied to Golgari.

Occasionally however, as with Boros Reckoner, a race ends up in a Guild they don't typically belong to.

Take any non-Human race and put them onto a guild you'd never expect to see them in.

But theyâre not synergistic at all. Your wizards have stuff like Prowess, that want you to be casting a lot of spells, but also spells on your turn - neither of which you can do reliably.

Your countermagic wants to be mana-efficient, and backup up by card draw and board-control - none of which is happening.

Boros Reckoner has no real payoff here (i.e Blasphemous Act) - youâre relying on your opponent doing something stupid. Deflecting Palm synergises with nothing, being unhelpful for both wizards & control.

You may have a few cards that interact with each other, but generally youâre trying to do waaay too many things at once, with many of those plans directly stifling your other cards/interactions.

As said before, my suggestion would be to pick a lane for your deck to be in, instead of trying to do 3 things at once. But you seem to be against making this list cohesive, so iâm not sure how else i can help here.

9-lives on How does boon of safety â¦

If I have Boon of Safety, then cast it on Boros Reckoner, would it still trigger the ability of Boros Reckoner whenever he is damaged? 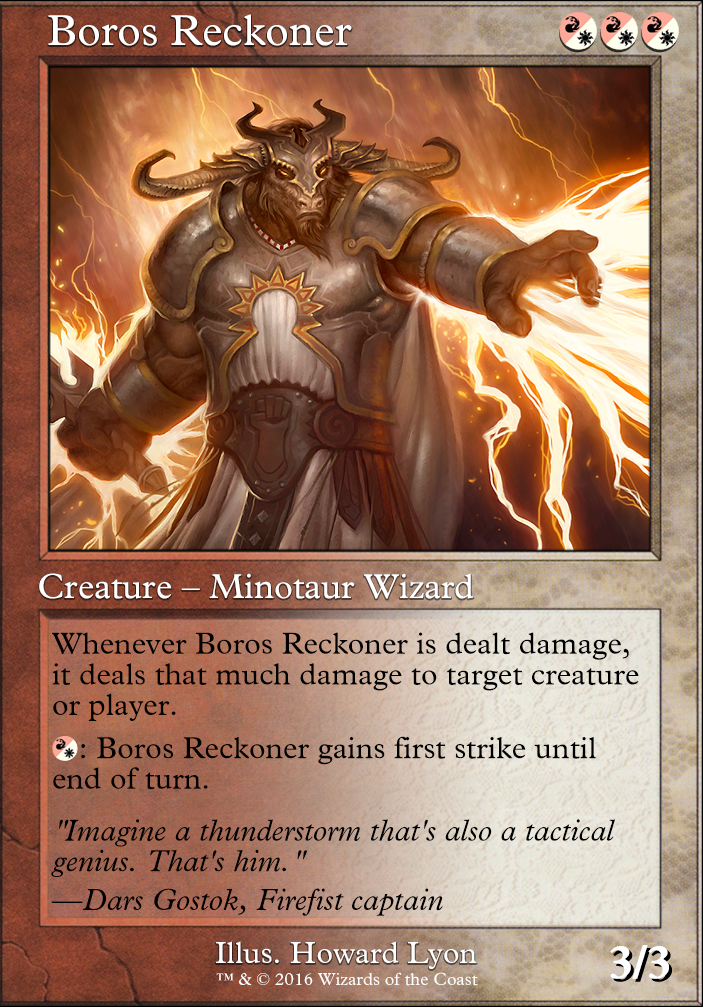 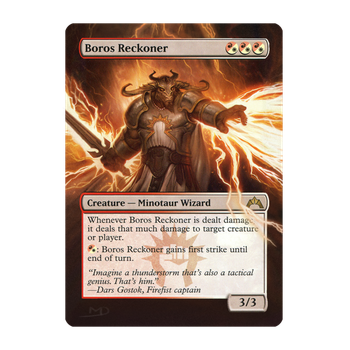