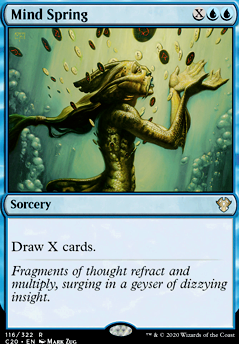 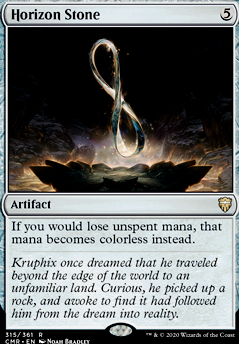 Ziabo: Thanks man, glad you like it! It's pretty damn fun to play. Morophon could be a decent commander for 5-colour Eldrazi, too, but I really like Golos . Easy to cast without caring about which colours I have, an ETB effect that helps solve my colour problems and an activated ability to cheat amazing, expensive spells into play. Add Morophon to the 99 instead.

Wicker: If money wasn't a concern, I would immediately add a bunch of fetch lands, Expropriate and Sylvan Library .

DivineKhaos: Artifact ramp is really strong and super fast, so it was tempting. I focused on more land-based ramp to help solve my colour needs, since nearly 40% of my spells require coloured mana, including a number that need or . Omg and I'm running Ruinous Ultimatum ?? What was I thinking! I'm also trying to be more resistant to artifact destruction. This deck scares my playgroup so they toss a lot of removal at it and it can feel pretty bad when all your mana rocks get taken out and you're now behind everyone else at the table.

Hustleberry: Lots of good suggestions, thank you! It's just really hard to make cuts to fit in more at this point. That's the biggest difficulty in 5 colour decks, I could run anything and there are hundreds of amazing cards that could work, but I can only fit 99.

hkhssweiss: Cloud Key and Semblance Anvil are good, but my card types are so spread out that their effect becomes pretty limited and I do already run things like Urza's Incubator and Herald's Horn , the latter of which which does more than just reduce the cost. Don't think I want to invest too much into just reducing creature costs, when that only accounts for 20% of my deck. Having said that, Cloud Key and Semblance Anvil are fantastic in my artifact decks :D

In case you are wondering, here is my deck list that's built around the same combo. It's definitely a little different but I think it could be a little useful to you. One suggestion I have is to have a single 2-cmc win condition, if you have inf mana and muddle in hand. You could cut one staff of domination and re-add profane command, or maybe use something like Mind Spring if you don't want it to be a completely dead card.

Hello everyone! I have a Muldrotha, the Gravetide deck and I like it a lot. However, it is the first commander deck I have ever built, and to say the least its not great. I have good cards to outvalue my opponents and work with Muldrotha, but I lack in the win condition area. I have decided to get some upgrades for that. Here is what I am planning to get:

By then I am planning to use the following cards in some combinations to win: Laboratory Maniac , Mind Spring , Villainous Wealth , Mortal Combat

Is there any other semibudget combos that I have left out?