If you would draw a card except the first one you draw in each of your draw steps, draw two cards instead. 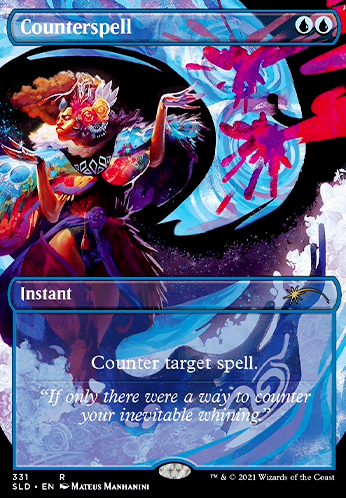 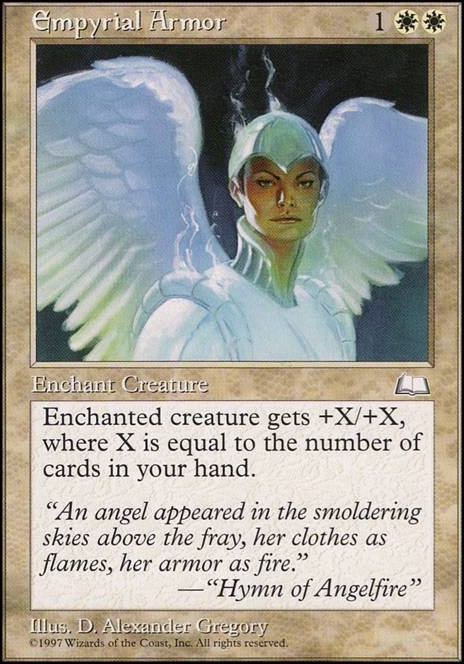 Krark of 1000 Faces; All Thumbs on Deck 4 Slingin
by Gongetcha 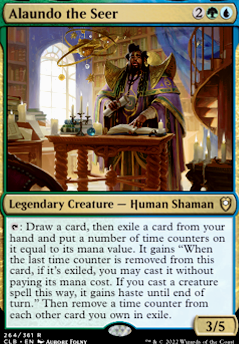 This looks super fun. I've run Kwain in my Zedruu the Greathearted deck to similar effect. One of my favorite combos (not infinite) is Teferi's Ageless Insight + Teferi's Puzzle Box + Fractured Identity. You can put the game on about a 4 turn clock with that :D Also Wedding Ring would be a great fit here.

Gilver That explanation on Gyruda vs Ancient Brass Dragon makes a lot of sense. I guess I was viewing the choice from the narrow perspective of my table, which includes a couple reanimator-style decks.

On Ancient Silver Dragon - yeah, I have milled people before using Zedruu the Greathearted + Teferi's Puzzle Box + Teferi's Ageless Insight, so that fear is not unreasonable LOL. I guess, if you feel like you've got enough draw, then all's well. : )

Delphen7 on How Do Reflexive Triggers affect â¦

This almost happened on Arena, and I was wondering what would happen.

Who loses first? Normally since it's the same ability, I would assume it's both of us, but since in this case opponent definitively drew from empty library before I was dealt damage, I'm just making sure

ladypickleton With Nekusar in your meta I can totally get not needing as much draw, which shows all the more how meta shapes our approach! For playing outside of that I can testify to the power of Teferi's Ageless Insight though, as I play it in my Tuvasa the Sunlit deck which it makes it draw cards like crazy! That's not as fun against Nekusar, but against other decks it's definitely a powerhouse.

I think I can help with this deck! I've built a lot of tribal decks and have pondered building Varina myself. I like to help thoroughly, so I am going to give a bit of feedback, and might separate the posts out for convenience. I'll also upvote it and draw some others to this page to provide feedback as well!

To begin with, I commend the choice of avoiding infinite combos. Though Varina has a few, she can be plenty powerful without them and while I play a lot of combo decks myself, it gets boring sometimes. I guess we'll start with cards to cut, and then we'll get to direction and cards to add! To begin with, the first thing to cut is lands. 43 is way too many for any deck that isn't a landfall deck. I realize that you are playing Field of the Dead and that lands help it, but you won't see that card every dame due to no tutors, and its potential is limited without access to green. Playing Field is fine, and you may even want to play Crucible of Worlds so you can just discard your lands and play them from your graveyard and for synergy with Field, but don't get too excited about it. 37 is the golden mean for most decks in EDH, and with an engine commander like Varina I'd play 35 personally, though 36 could be a compromise. I also don't think you need Flawless Maneuver. When your zombies die you can just bring them back! I don't think you need Reconnaissance either. Your Zombies are fodder for the horde, and you can just bring them back. Just don't attack with Varina and you have nothing you need to worry about protecting. Lazotep Plating is fine, but you'll mostly use it to protect Varina, so I'd think of it as a protection spell. Void Rend's mana cost is prohibitively highly (3 colors is too much). I'd just play Generous Gift instead. Smothering Tithe is a great card that I play in three of my decks, but I wouldn't play it in Varina. Its a slow grindy card more suitable to control and combo decks, and you'd rather be casting Varina on turn 3 and Zombies or Zombie spells every turn after. I'm not sure if cEDH is what you usually play, but cards like Stifle and Songs of the Damned are often a bit one off and limited for standard EDH. The latter could maybe be fine for flavor, but I'd definitely cut the prior. If you want a more flexible spell play Disallow which will be a lot more flexible. Nykthos Paragon is a neat idea because it does something with your life gain, but it is pretty high costed at six and isn't a Zombie, so I might not play it, but it will bring slow value if it isn't killed.

I'd also cut down on your card draw pieces. I never say this, but with Varina you'll see lots of cards, and can play a lot from discard or the graveyard, so I'd focus on the highest impact one and cut some of the bad ones like Plumb the Forbidden. Cards like this have limitations because you have to sac them (versus letting them die in combat), and you won't always want to do that. The best ones are the high impact ones like Teferi's Ageless Insight and Alhammarret's Archive. I'd also cut Bontu's Monument. The ramp isn't very good and the aristocratic effect isn't as good as you think its going to be.

Now for what's great here- all of your Zombies. Seriously, it's a great list, all of them! You also really want to play a few cards from your maybe board too. Syr Konrad, the Grim is a must play. Seriously, it'll be the best card in the deck bard none. It's not an infinite combo, but he's amazing with recursion cards, board wipes, and death (more on that below). You also need to play Haunting Voyage and Patriarch's Bidding. They are in your maybe board and are must plays! 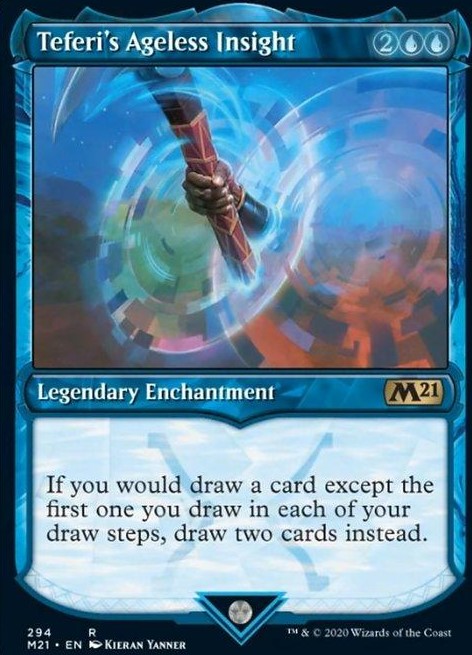