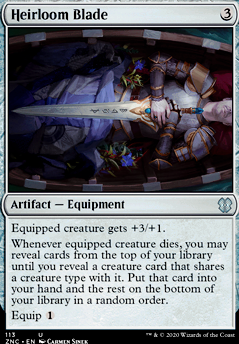 Undercity An Hello Vapor
by ShaelienCorphus 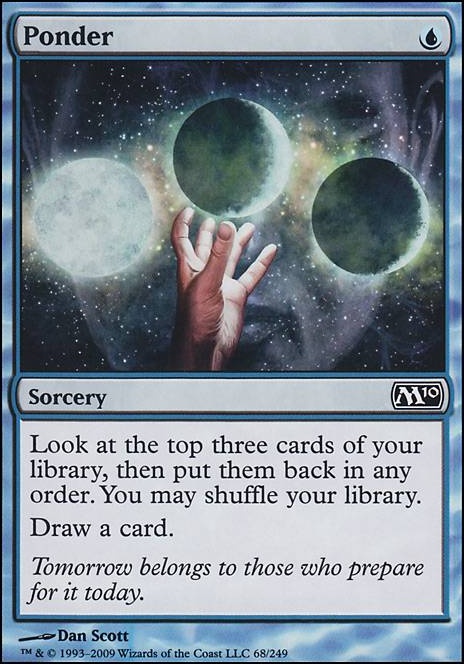 Hi Asiimov, thanks for the comments and suggestions! I can see how Mad Auntie and Boggart Birth Rite could be useful, however, I'm not sure if they're valuable enough to include in this deck. While snoop is pretty vulnerable to removal, the deck can function well enough if it is answered (and I can pretty easily find another one if needed). So while they could be helpful, I think I would almost always prefer drawing or tutoring for another card instead.

Goblin Grenade is really interesting and I really like that idea. What I may do is put in a few copies of Tarfire in the sideboard, because that can be tutored or played from the top of the library with snoop. I'm sure grenade would work just as well if not better though, I just personally like the utility of getting some burn damage in whenever I need with tutors. Thoughtseize and Earwig Squad are also good ideas and I think I'll put them in the sideboard at some point, depending on the meta.

Blood for Bones is cute and could do some crazy things, I think it might just be a little slow for modern. If you end up building a goblins deck and run that card, let me know how it goes!

Finally, I think you could definitely get away with 22 lands. I decided to go with 23 because I've found that matches with this deck can get kind of grindy and missing land drops can be brutal, but playing with 22 lands is definitely doable if you replace that land with a card with a low converted mana cost.

Yesterday on Can I Return a Sacrificed â¦

You can't. In order to put Whisper's ability on the stack, you need to declare its targets, and then pay its costs. Our buddy Gary won't be in the graveyard until after you've paid the costs of Whisper's ability, which is too late for it to be declared as the target.

After you've paid the costs to activate the ability targeting another creature card in your graveyard, a player could change the target of that ability to Gary with something like Deflecting Swat, though that's not a very practically useful tech.

Blood for Bones can sacrifice and then return the same creature, because it doesn't commit to a target on-cast. You don't need to make a decision for what you're bringing back until the spell is resolving.

Dinostormasaurus I know that you want mainly torgaar to half hp everyone, its one of the reasons i recommended gisa, she can help you build board, then use the board to cast torg or just cast torg sac him with gisa and recast him practically free (except the 2B) and you get some left over tokens from her for your next cast. Ohh and two last suggestions are Blood for Bones and Strionic Resonator.

Rather than any of those cards that return a creature from graveyard to hand try these: Blood for Bones, Animate Dead, Grim Return, or maybe even Ashen Powder.

IHATENAMES, I touched on this in a previous comment, but also your edit hit it on the head. This is a squirrel tribal deck that just happens to have Mazirek as the commander. Thus, there's a lot of Mazirek-ey cards out there that there's no room for in here. It's meant for fun more so than competition.

That said, Sifter of Skulls might be helpful late-game, and Neverwinter Dryad is an effective sac outlet if nothing else, so I'll consider them both but don't know what I'd want to lose to add them in.

As for tutors, I own more Demonic Tutors than I have decks to put them in, but this deck doesn't really need them. The one infinite combo in there was accidental, and I don't try to pull it off unless it just kinda happens. Maybe to get to removal cards when I need them, but I'd much rather have that spot in the 99 filled with another removal card than something to fetch one with.

Dread Return is cool, and I'll playtest it. I'm sacrificing Squirrels so crazily as it is. I considered Victimize and Blood for Bones, but couldn't decide what to cut for them.