This spell costs less to cast for each attacking creature you control.

When Embercleave enters the battlefield, attach it to target creature you control.

Equipped creature gets +1/+1 and has double strike and trample.

Embercleave occurrence in decks from the last year 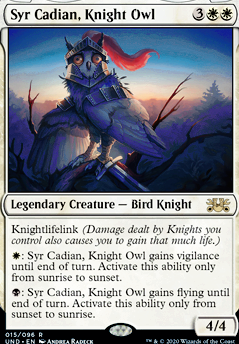 You could play on MTGA and not worry as much about prices. It's online so you can still play, and once you build up a collection you only need to spend a few wildcards now and then.

As for card suggestions, a fourth Magda seems necessary. Even if she's legendary, she's one of your best cards and will likely be removed quickly. Rimrock Knight is also good here as an aggressive dwarf.

Slaying Fire and Volcanic Geyser are pretty bad for burn nowadays. Frost Bite is a good one, and if you're really looking for that four damage, Thundering Rebuke gets you there. Shatterskull Smashing Â Flip for a mana sink burn.

I can't imagine Bonecrusher Giant being bad here. He's not a dwarf, but he is one of the best all-around spells in red. I like the manabase, but you could use a few more lands if you're looking to get to Purphoros and other big creatures. Maybe a few more Castle Embereths as well. And while you're on equipment and aggro red, Embercleave !

Obviously if you're staying in paper, some of these aren't exactly budget.

Interesting suggestions. I get the feeling youâre on a similar deck. What do you think of my idea to go up to 2x Batterskull and just lean into slamming skull more? I figure if I already have the color swords on the side I can just grab Embercleave if there are Lingering Souls tokens to hold it, and then otherwise just start dropping skulls.

I have Calamity Bearer attacking. My opponent blocks it with a 1/1. I flash Embercleave onto the Calamity Bearer . Im also attacking with Bonecrusher Giant which is unblocked. What is the total amount of damage that will get through to my opponent?

Embercleave , attaches it to the Giant. Giant dies, Scourge lives as 7/7. Makes sense. I went down to 3 life though. I assume it was a 5/4 double strike trample but I don't remember looking at it's P/T. I literally only can't figure out one point of damage. I'd have thought I'd go to 2 life.

Just keep in mind That if you put Sword of War and Peace on your commander that all of your colored enchantments will fall off. I get it if it's your only sword of, but really it's the worst possible one for this deck. Honestly it's probably still worth running but if you can I'd go in for Sword of Feast and Famine . Also you might want to consider Darksteel Plate if you're running worldslayer, that or Avacyn, Angel of Hope so you don't lose tempo. I know i don't have much budget suggestions, but that's not a bad thing, it means that you've pretty much got all the elements you need for it to be decent and now you just need the high dollar cards to make the deck go next level. On that note Teferi's Protection for your sunforger package, as well as Unbreakable Formation . Embercleave could do some work for you and will soon see a huge price drop. Then just tutors Steelshaper's Gift and Enlightened Tutor .

Again, not trying to be negative on your build. I know essentially nothing i mentioned is affordable, but it's going to be the top end cards that you should consider to get you to the highest level. If you want i could do a deep dive for ya, just let me know