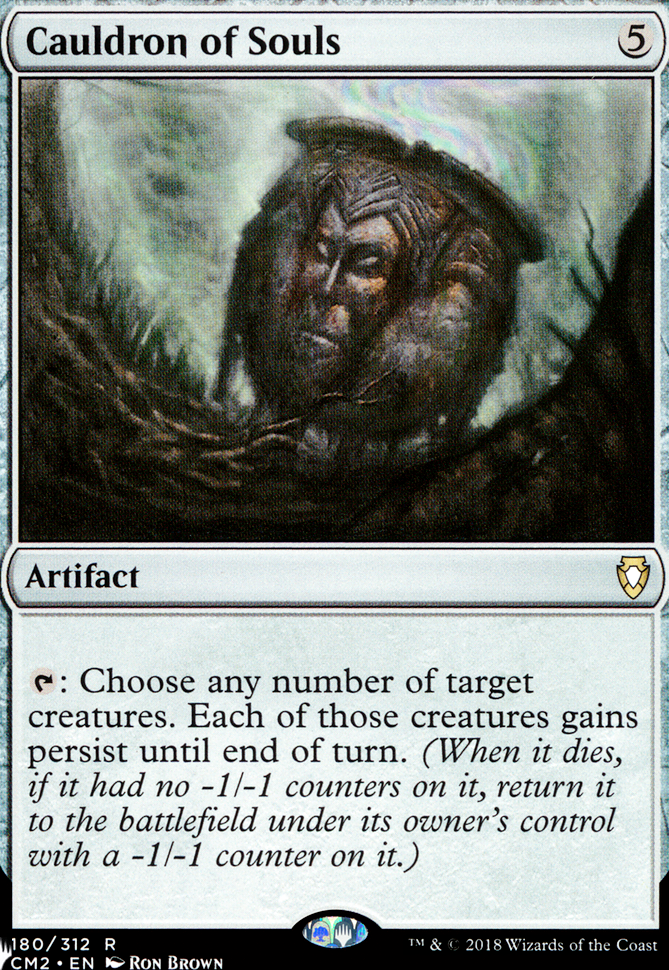 : Choose any number of target creatures. Each of those creatures gains persist until end of turn. (When is put into the graveyard from the battlefield, if it had no -1/-1 counters on it, return it to the battlefield under its owner's control with a -1/-1 counter on it.)

Cauldron of Souls occurrence in decks from the last year

What about Cauldron Haze or Cauldron of Souls?