Imprint Â When Semblance Anvil enters the battlefield, you may exile a nonland card from your hand.

Spells you cast that share a card type with the exiled card cost {{2}} less to cast.

Semblance Anvil occurrence in decks from the last year 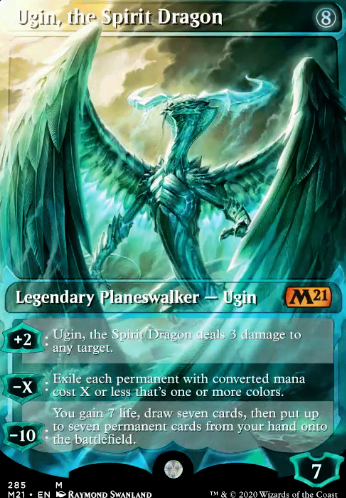 Arcum Dagsson and his Ring

Semblance Anvil might be good if you have artifacts that you can exile. That's why I run Memnite , Ornithopter , and Phyrexian Walker in my deck. Also Sparkhunter Masticore might help with planeswalkers.

TriusMalarky, wow, thanks for all of that work. I like this list. I'm building two other versions of the deck following all the advice I received these days, one running black instead of green, and one running white instead of green. I will try them out and then maybe I will post them. Anyway, I don't understand what you said about Semblance Anvil. Why shouldn't I be able to use Squee, the Immortal again if I imprint him on the anvil? English is not my mother language, sometimes I misinterpret what I read.

I would say that Green is a lot too slow for this sort of thing. This is Modern -- your 3 drop should be winning the game. Maybe a slight exaggeration, but you should remember that.

That list needs some trimming, but it should function. Please note that you CAN NOT use a fetch-shock manabase, at least not a traditional one. You could exile your one copy of Hallowed Fountain with Serum Visions, and then if you need white and all you have is a Scalding Tarn.... you're screwed. You'll probably want a Fastland heavy manabase -- Spirebluff Canal, Seachrome Coast, Inspiring Vantage. Additionally, you might even consider Arcum's Astrolabe, but that's preference.

Has anyone has tested a Semblance Anvil Mystic Forge version of this list? It feels like it might be able to hum along in a modern fnm level with enough artifacts and possibly some artifact cloning as a pseudo taking turns list.

Interesting concept...I do have several concerns regarding the general functioning of the deck. 1. You only have 2 lands that come in to play untapped...I know you technically cheat on mana with the phyrexian mana, but that seems like it would be painful very quick.

Cards that I think can help.

Just some ideas for thought. Hope it helps.

Approach for that 'instant win' still requires 14 mana in 1 turn (or 7+7 mana over 2 turns). Something which is hard to do in mono-white.